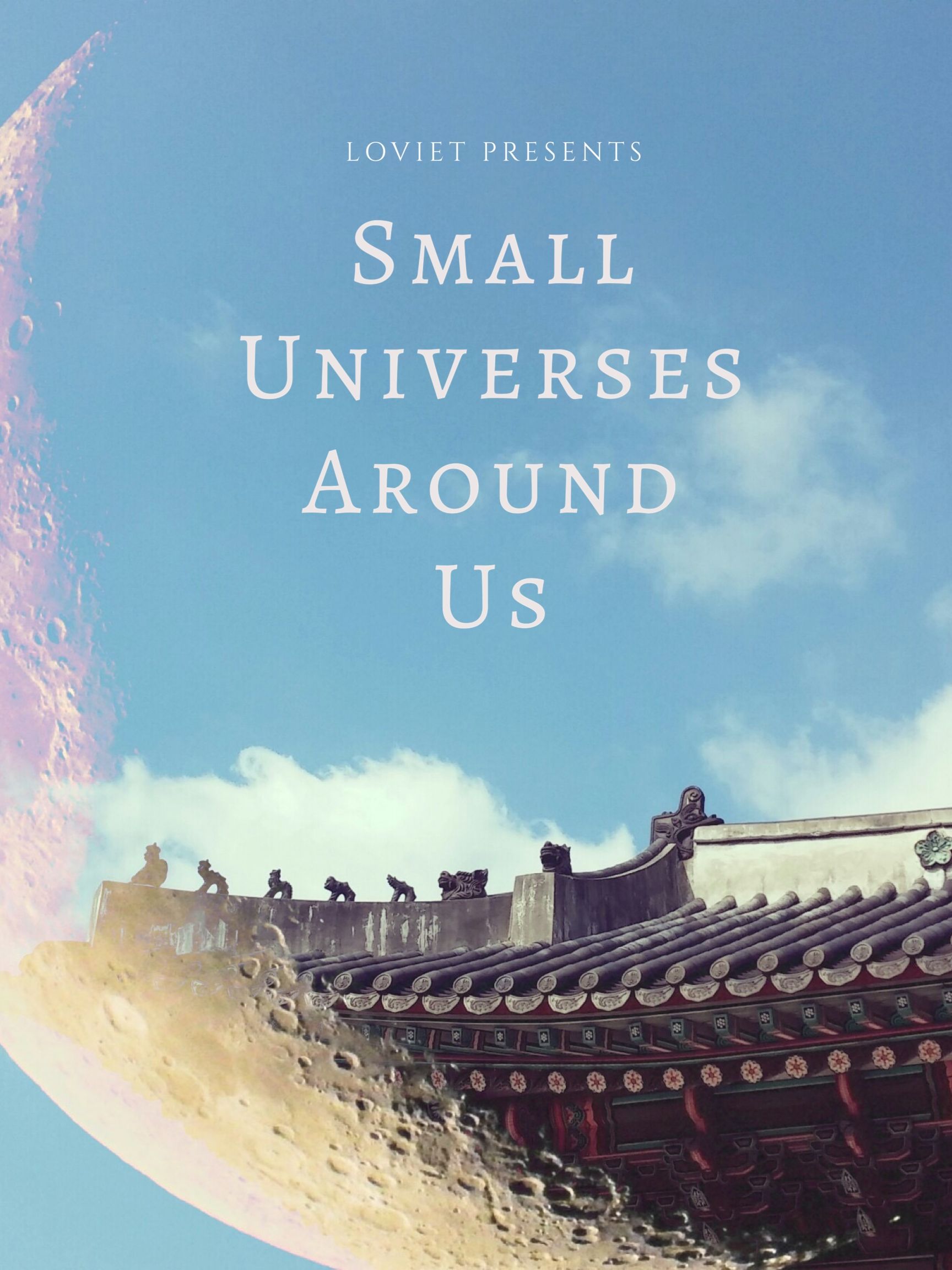 It’s a strange feeling, having your heart ripped out of your chest and tossed at your feet by someone who doesn’t even know they’re hurting you.

“Y-You don’t know me?” She whispered.

Taeyong scratched the back of his head and she so badly wanted to run her fingers through the strands in the way that usually calmed him. She was too scared to reach her hand out and try because the sight of him ducking out of her touch would be too much for her to handle.

“I think you might have me confused, I just started here. I’m from out of the city.” He said politely.

She wanted to scream.

How could he be staring at her like she was a total stranger?

“You really don’t remember me?” She whispered.

He frowned, scanning her face, “Did we go to elementary school together or something?”

“Why are you doing this?” She felt tears well in her eyes and Taeyong stepped back in alarm.

He shifted his weight nervously, “Look, I’m sorry I can’t remember you, I’m not that good with names. I need to go to class now but it was nice meeting you.”

She grabbed his arm, tighter, scared to let him go. His brows knit in confusion as he ripped his arm away, "What are you doing?"

Her lips parted and she felt her eyes gloss over, "Taeyong, please."

"Listen, I need to go, but I'm not the person you're looking for."

She could hear the discomfort coming out of him, he wanted to get as far away from her as possible. All she could do is step back and watch him nod at her before jogging away, not even glancing over his shoulder. He was running away with her heart in his fist.

Her soulmate didn’t know who she was.

The minute he was out of sight she began running out the door and towards the frat house. She had to find someone who was awake, someone who could remember everything from the past and help her make sense of what just happened.

She had never remembered their past without Taeyong. There had to be an explanation as to why she knew everything about their history but Taeyong didn’t even know her name.

Haeun nearly rolled her ankle when she tripped over an uneven sidewalk but she ignored the pain and tried to fight back the tears. She could see the frat house come into view and spotted Johnny and Doyoung walking out the door and in her direction.

Finally, someone who could help her.

She couldn’t stop thinking about him.

When she wasn’t helping out at the bakery or running errands for her parents, her mind would drift to the handsome and mysterious royal guard with the ability to kill a man but maintained the gentleness that was slowly winning her over.

“Honey what are you doing?”

Her mother’s voice brought her back and she looked over to her mother frowning at her father who was pulling a hat over his head while holding a basket of baked goods. “I’m feeling better, I thought I’d make a run to the palace.”

“I forgot to tell you that a portion of the cakes were for the royal guards, I wanted to take this up to them.”

Her mom crossed her arms, “You only just started feeling better, I don’t want you pushing yourself.”

“Why are you so excited to go to the palace?” Her mother asked.

Haeun bit her lip, “It’s really nice there. The people are kind too.”

Her father blinked at her before handing her the basket, “I guess it’s good to see you taking an interest in our deliveries.”

Oh, he didn't know the half of it.

“Hello there, can we help you?”

Haeun looked over her shoulder from where she stood inside the palace grounds, where two guards were heading towards her. She was hoping that Taeyong would find her first but she figured it would be nearly impossible since this was an unscheduled delivery and he had no way of knowing she was coming.

She swallowed the lump in , one of the guards was tall, towering over everyone with a narrowed gaze, the other had sharper, feline features with a stare that made her feel small.

“I’m just here to deliver some cakes to the guards’ quarters.” She said, holding up the basket to show them.

The taller one peered into the basket before studying her, “I thought there was already a delivery this week. Taeyong said there wasn’t enough left for the guards.”

“That’s why my dad sent more.” She said holding the basket up for him. Her shoulders relaxing at the familiar name.

“What do you say, Young Ho? Should we accept the cakes?” The other one asked.

Young Ho tilted his head at her, “I can’t imagine we pass up such delicacies, Doyoung. Especially before the Prince or King get a whiff of them.”

“Are you two giving her a hard time?”

She recognized the voice before she looked over to see Taeyong walking towards them.  Her smile grew and she could feel her cheeks burning, he was even more ethereal in the daylight.

Doyoung pulled the basket out of her hands and held it up, “We got a special delivery, boss.”

Taeyong raised his brows, “I see that. Did you thank her or were you just trying to scare her?”

Doyoung’s eyes widened but Taeyong cut in, “Yes, yes, her father owns Nam's Bakeshop,  the same one we love to talk to, I’m sure she’s tired of having to repeat herself every time she’s here.”

She beamed at him, “Hi Taeyong.”

“Wait, do you two know each other?” Young Ho balked.

Doyoung’s jaw dropped, “Taeyong knows a pretty girl? Are the historians documenting this?”

“Why don’t you two go share those sweets with everyone else?” Taeyong hissed through gritted teeth.

The two stood straight and gave Taeyong a salute before waving at her and jogging off. Taeyong followed them with his eyes before turning back to her.

“Here, you dropped this the other day.”

He held out her favourite sunflower hair ribbon. “Oh gods, I have been looking for this everywhere. Thank you!”

“It suits you.” He blurted out when she reached up to tie it into her hair.

Haeun eyes widened as she gaped at him and the barely noticeable blush dusting over his nose, “W-What?”

“The sunflowers. It suits you.”

She looked down to hide the smile growing on her face, “Thank you.”

“I believe I promised you a tour, right?” He asked.

She rocked on her heels, “Aren’t you busy? I don’t want to be a distraction.”

It was too late for that, Taeyong had spent the better part of the last few days wondering if she’d ever stop by the palace again. It was rare his mind wandered away from his royal duties. She already was his distraction.

“The prince is meeting with his robe maker, he doesn’t like other people around during those meetings.” He explained.

She bit down on the inside of her cheek, “A fussy one, isn’t he?”

Taeyong blinked at her before a laugh escaped his mouth, causing her eyes to sparkle at the musical sound, “You’ve caught on quick. Prince Jaehyun is rather humble for a royal but he does act like a brat when it comes to his robe maker.”

There was something different in the way that Taeyong told her stories of the palace than when Jaehyun did. Everything Jaehyun said came from the perspective of the prince and the royal family. Either he or his family was the centre of every tale.

Taeyong told stories from the point of view of someone standing on the sidelines or in the shadows. There was no bitterness in his tone, however, Taeyong did not covet the throne or the power of royalty. He evidently took great pride in being a protector and felt a superior deal of honor and duty serving the royal family.

“I do not want to sound rude or disrespectful,” she began, as they entered the Queen’s garden, “but I think I’ve heard enough stories about the Prince.”

Taeyong blinked at her and for a moment he wondered if he was boring her, perhaps hearing stories of people she didn’t know or could not relate to was off-putting. “I’m so—“

“Tell me stories about yourself.”

It was as if his brain had turned off. He just stared at her as if she had spoken a foreign language, “About me?”

No one ever asked to know about him. It wasn’t his job to grab people’s attention.

“You grew up here, you must’ve experienced so much from such a young age.” She continued.

He nodded, “I’m sure more than other kids my age, but it was all I knew, so it became home. I got used to passing Nobel men and women down the palace halls or greeting  the royals.”

“Do you ever wish you grew up differently?” She inquired.

He thought for a moment before answering, “I wish I grew up where my father didn’t have to risk his life every day but I’m glad I was in a position where I can now serve this country. As hard as it was to lose my only parent, I’m honored to follow in his footsteps and protect such important people who guide our country.”

“That’s very admirable of you.” She stated.

He laughed, a shy blush dusting his ear. She nearly keened at the sight, he was so sweet despite having the power to be so terrifying.

“But not very interesting, right? There was a time, when I was younger and far more fearless where Jaehyun and I hid the King’s crown as a joke.”

Her eyes widened and her hand came up to hide her laugh, “You didn’t!”

He laughed with her, “I don’t know how I was so bold, but when the King finally found out, he actually got a kick out of it too. We were told never to do it again but he just laughed and called us tiny thieves. That was what it was like growing up here, being a