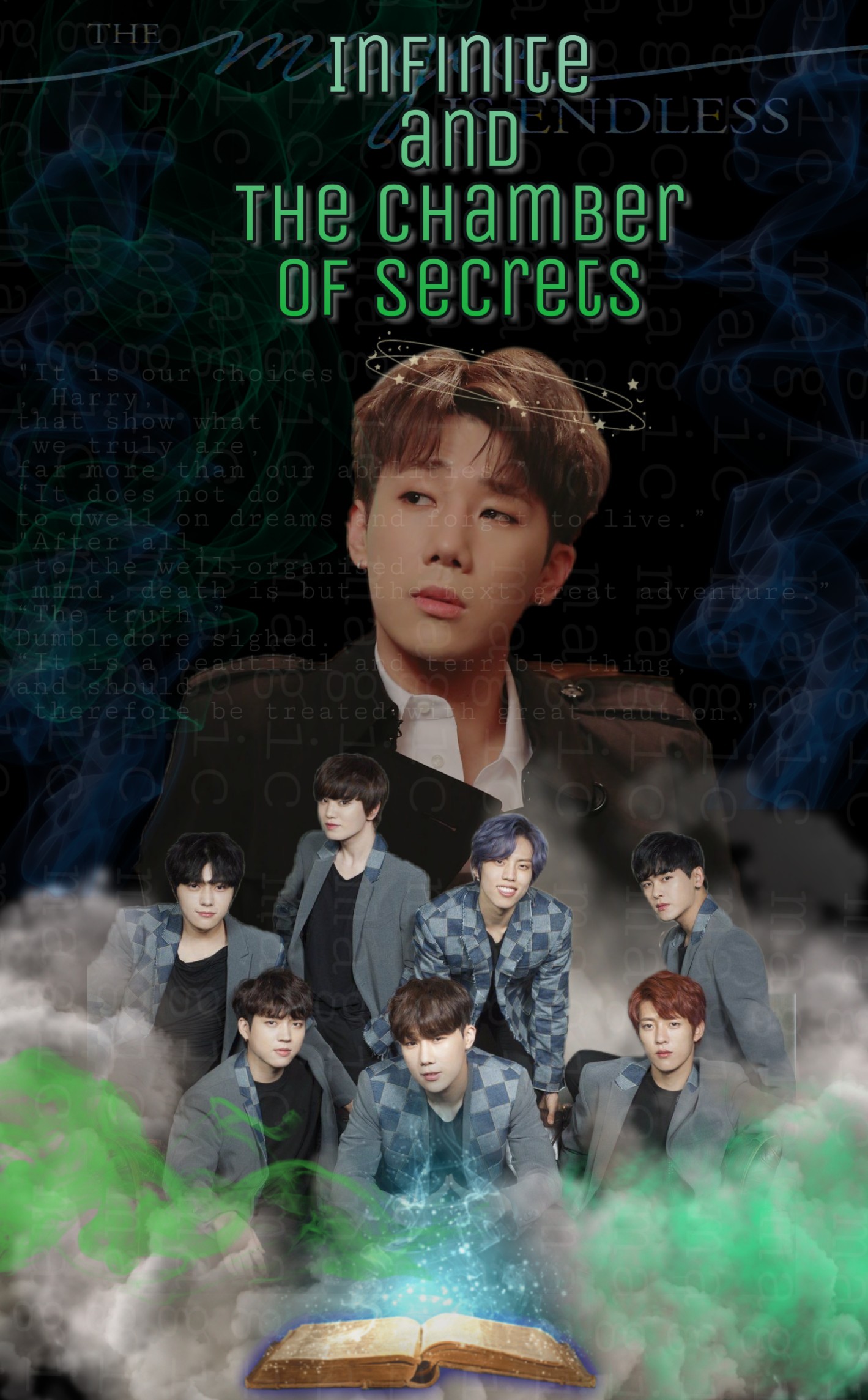 Hogwarts is and has always been a place where worlds collide - Kim Sungkyu finds out the hard way when he falls into the trap of believing in the wrong side. But which is it?

Could it be perhaps the side he'd always been on or maybe the side those six, strange boys picked?

Which side is right and which is wrong?

Is there even such a thing as a "good" side?

This story has been floating through my mind for ages and it didn't let me go so I decided I would actually take up this project. A project which turned out to be a bit longer than expected haha...

But well, it's basically the members of Infinite going through their Hogwarts life during the second book of Harry Potter, "The Chamber of Secrets". It includes all members in great parts but it does focus on Sungkyu as he is the narrator. There may be some POV interludes from the eyes of someone else but in general it's Sungkyu POV. Btw, no original characters, I tried to keep it as close to the canon as possible.

If you enjoy it, please leave a message and I've actually made so many plans on sequels, I've basically built a whole five-books-series with this and if you're interested, I will write more.

So, I hope you'll like it and aren't intimidated by the length hehe

Also, in case you worry if this will be completed or not, I've already written all of the story. It's also edited roughly as well and all that's left is line-edits for each chapter. So I will upload on average one chapter a day while doing those line-edits.

Last but not least a very big thank you to a friend you made this cover for me despite having to study. I hope you enjoy this story as a little break in between~

(PS: I published this story on Wattpad under the same name and stuff to, just in case you were wondering)

Next Chapter →
Author's Thoughts
The sequel is up now too!! (^o^)／ First two chapters already (*^•^*)
Read More →
Back to Top ↑
No comments yet
Back to Top ↑
Foreword
>> Collapse chapters <<
Promoted - Advertise