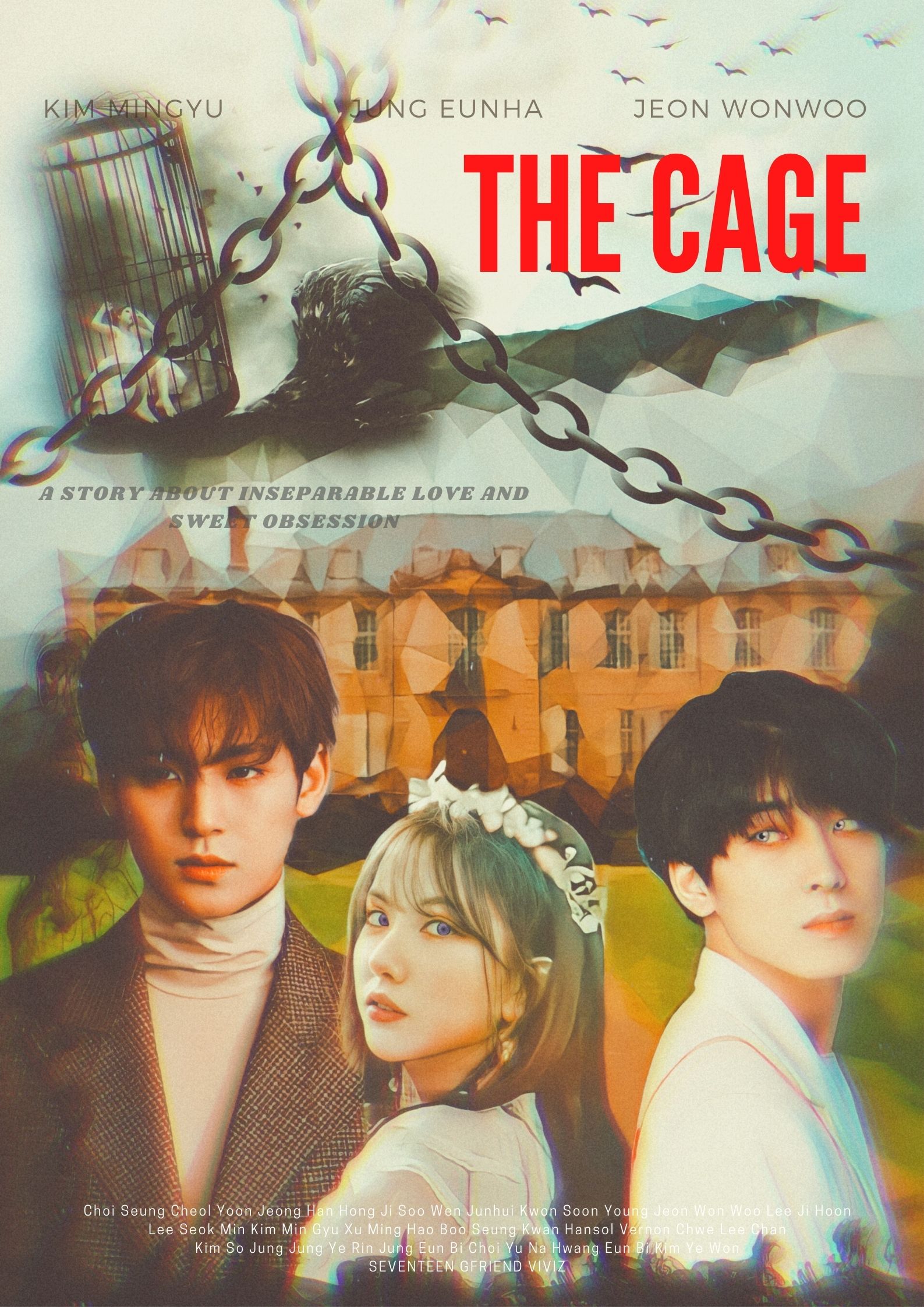 Eunha leaves the cafe and she was surprised to see Mingyu in front of the cafe. Yeah, she totally forgot about it. ‘Master said you can go to class today, but he will pick you up after your class and drop you at the cafe later.’ The maid's voice echoed in her head. Oh my god, no wonder she feels like she has forgotten something important. Eunha bite her lips. What excuse can she give him? Ah whatever, she hopes he will not be mad at her. She takes a deep breath before slowly approaching Mingyu.

“Did you just arrive?” The atmosphere suddenly became awkward.

Mingyu didn’t say anything more. He just opened the car door for her like he usually does. Eunha gets into the car followed by Mingyu. After the car moves on the road, he’s still silent and not saying anything. He’s not even smiling like always. She knew he was angry. She can sense that. They both were silent for almost 30 minutes and there was only the sound of music from the radio. She must apologize to him. Eunha closed her eyes. She takes a deep breath before turning to him.

“Mingyu-sshi, are you angry with me?” Eunha breaks the silence between them but he don't give any reaction at all.

“Why would I be angry?” Mingyu still focuses on driving. His voice sounds really cold.

“Because.. I'm not waiting for you.. to pick me up after evening class?” Eunha stared at his stern face.

Mingyu didn't say anything, he just remained silent. She knows he was mad at her because he’s not even bother to look her in the face.

“I’m sorry Mingyu-sshi..” Eunha looked down and stared at her fingers.

But she was shocked when Mingyu suddenly stopped the car at the side of the road under the oak tree. He then turned towards her and grabbed both her shoulders.

“I’m not angry, Eunha-sshi. You know I care a lot about you. I’m just worried what if the stalker comes to find you again and do something bad to you? I’m scared if I fail to protect you.” He looked as if he was more disappointed with himself.

Eunha knows Mingyu really cares a lot about her and he really meant what he said. Now she really feels guilty. Eunha still looked down, not daring to look into Mingyu's eyes.

“It’s okay, enough for me that you’re here…” Slowly he cupped her face. “With me.” He continued and gently caressed her chubby cheek, make her too stunned to speak.

Eunha looks up and their eyes end up meet each other. He stared deep into her eyes. Those mysterious shining eyes make her fascinated and make her almost drown into him again. Mingyu slowly brings his face closer to her. Their faces are too close and almost to kiss-

But Eunha quickly turned away and looked outside the windows to cover her embarrassed face. Oh my god! What the hell just happened? Is he trying to kiss her just now? No, it’s impossible! She shouldn't think of such a thing at this point. It’s really embarrassing! While Mingyu cleared his throat before continuing his driving.

“Let’s have dinner together later…” He try to break the awkwardness between them.

Eunha slowly opened her eyes when someone patted her shoulder gently. The first thing she saw was a young man sitting next to her. In her vision, his face is blurry but all she can see is his mouth. He looked at her with a cheerful smile. She was just stunned there. Since when did she become close to a guy? She didn't know him but why did she feel so familiar around him? Like they already know each other for a long time.

She looked at her surroundings and realized that they were in a flower garden. Only the two of them were there. The other thing that she realized was all the flowers in the flower garden were white. There were so many types of flowers, such as Amaryllis, Phalaenopsis Orchid, Dahlia, Tulip, Calla Lily, Rose, Baby's-breath and more. She also sees a wooden swing under a big tree not far from them. But how did she end up here with him?

“What are you saying?” He asked.

“I’m telling you I’ve feelings for him..” Eunha being direct.

But then she was surprised with herself. Wait what the- She acts like not herself again. What nonsense is she talking about? What is wrong with her? She felt like she was not in her right mind.

“What? Are you serious?” He also looked surprised.

“Yeah..” She looked down in embarrassment. Her cheeks feel hot.

“So are you going to tell him your feelings?” He picked up a small twig and scratched something on the ground.

“Why?” He frowned, looking at her confused.

“I was forbidden to-”

But then her vision became increasingly blurred before it suddenly turned dark.

“Hah!” Eunha's eyes snap open. She took a deep breath before slowly got up and sat on the bed. Then she just stared into the void.

It’s not the same dream. What now? The girl in her dream has feelings for someone? But who? Nah, she wants to know who was the guy that has been talking to her in the dream. They seem to get along with each other. Is it the Wizard guy? No, it was not him. He's a different guy. Even though she can't remember his face, the familiar feeling still lingered in her heart. Eunha touches her chest. She felt something strange.