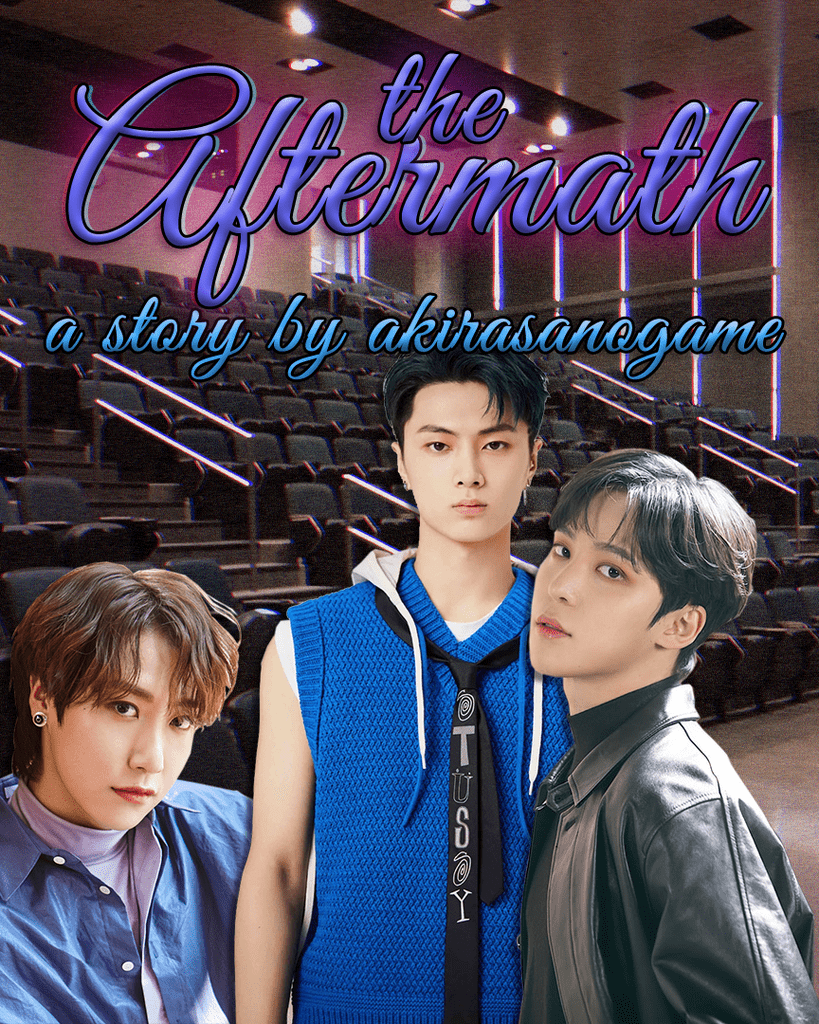 Jay thought having a soulmate was awesome, until he ended up losing his soulmate. After ending up in the hospital after trying to dull the pain Jay ends up back in the US with the intent of moving on. After meeting two of Beomgyu's friends he decided to stick with them. Will Jay be able to move on?

Jay's here with his story! To be honest I was stuck between doing Jay's, Jake's or Sunghoon's after Beomgyu's but I think I'll start with Jay's story first.

Also the vote was for him, so I'm doing Jay's story now!

How did Jay lose his soulmate? It is explained in chapter 8 of this story so please go read it to get an idea of what happened up to this point.

Anyway, onto the characters~!

Jay: A college student who ended up back in the states after losing his soulmate. He refuses to talk about what happened, but his soulmate mark had been one where he always felt the pain of what his soulmate was doing to themselves. He at least goes to therapy for it now, but he knows that the pain he feels daily will never go away. He is currently enrolled into UCLA and is majoring in psychology with a minor in art history.

Yunho: A friend of Beomgyu's who was asked to keep an eye on Jay for a while while Jay was finishing his studies in the states. He works for King Arthur and is his bodyguard. His soulmate mark is immortality until he eventually finds his soulmate. He became the older brother figure to Jay, offering words of advice and simply being there for him.

Dongmyeong: Another friend of Beomgyu's who was asked to keep an eye on Jay while Jay was finishing his studies in the states. He works for King Mujin and is his bodyguard. He wasn't born with a soulmate mark, but it may have had to do with the fact that his twin brother ended up with it as he is going through the reincarnation stages like Beomgyu had done. He doesn't talk much to his brother anymore, but still keeps in touch with him. He also takes up the older brother figure role, though he takes a more passive approach to it than Yunho does.

Keonhee: A college student who had been sitting next to Jay for pretty much the whole semester in one class. He had also lost his soulmate, but that had been years ago. He never got the chance to meet his soulmate, but is trying to learn everything he can about them as a way to remember them. His soulmate mark was a timer, though he covers it up with a leather bracelet on his wrist. He is majoring in psychology with a minor in nursing.

Dongju: A college student who transferred from Washington state to be closer to his twin brother, Dongmyeong. His soulmate mark is reincarnation and he is currently on his third life according to his brother. He is only at UCLA for one semester before transferring again to Korea to finish studying before coming back to intern at Google. He is majoring in computer science, with a minor in engineering.

Thanks to ErrorMacro713 for the poster~!