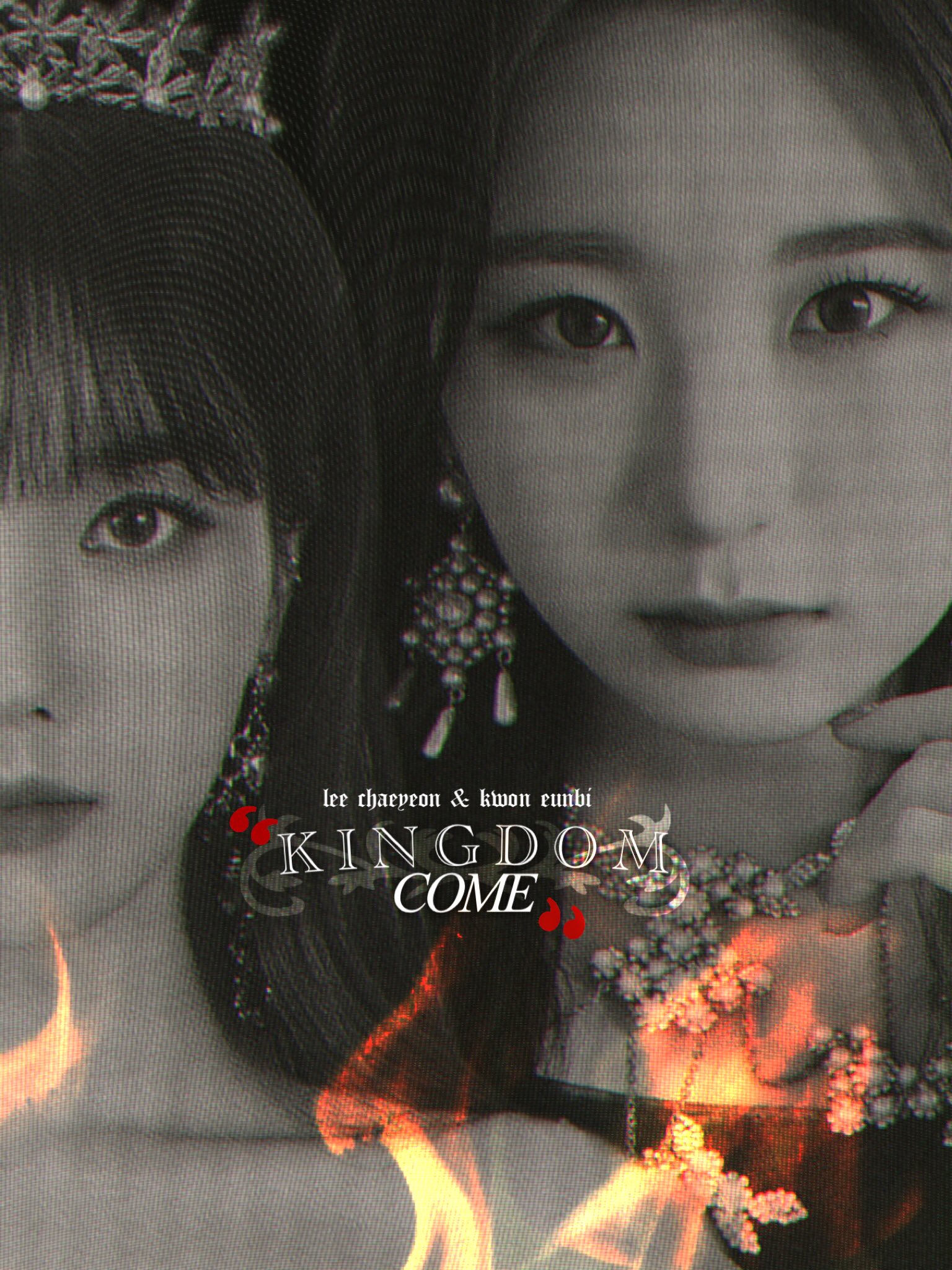 It was the romance that ended the animosity between two kingdoms from centuries of bad blood. All across the land, be it nobility, gentries, and even the commoners, witnessed the marriage between the star-crossed lovers––the Queen of Izland and the Princess of Oneiric kingdom. And their infamous union continued to be retold generations later.

But what is unknown to most is that the story has always been much more complicated than it seemed.

I finally finished my fic "I'll Never Love" after 1.5 years, and I'm so glad to be able to finally write a new story for kwonchaeng. If you haven't read that one yet, do go check it out––it's romance, it's cliche, it's awesome!

This new fic, "Kingdom Come" is my first time ever writing something that's not in a modern setting (i think) and i should apologize right now that i will definitely make historical inaccuracies. It's not set in Korea, or anywhere really, it's more medieval, like imagine the dark ages... But anywho, this story will be a completely fictional, medieval/historical kwonchaeng au focusing on romance (woo!!).

That being said, there are Trigger Warnings that I'd like to caution you guys with: mild descriptions of violence and blood, coarse language, and mentions of . I don't think the story itself warrants an M rating, but if you guys think I need it, let me know :))

Also if you guys wanna talk to me about this fic, or kwonchaeng, or izone in general, hit me up on twitter @rabbitfeather1

the cover art for Kingdom Come was made by the incredibly talented and generous @S0FTKWON, love you kate <3

p.s. yes, the title is taken from red velvet's superior b-side of the same name. go listen to it to get in the mood ayy.

Next Chapter →
Author's Thoughts
thanks to everyone for being so nice to me and welcoming me back lol :))
Read More →
Back to Top ↑
No comments yet
Back to Top ↑
Table of Contents
Foreword
>> Collapse chapters <<
Back to Top ↑
Community Promoted