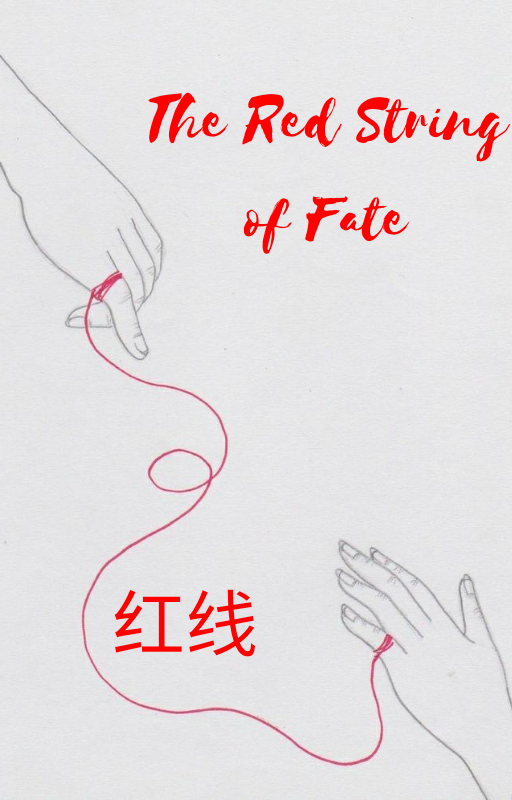 Shuhua is an energetic, loud, stubborn, hot-headed, tiny ball of fiery passion, while her "gentle giant" childhood friend, Soojin, quietly stands by her side, observing her antics with a quizzical expression and a warm smile, unable to reply as fast as she would like to, due to her being mute. They don't mind, Shuhua can talk enough for both of them, and Soojin enjoys watching Shuhua have fun.

In this world, the Red Threads of Fate are real, but intangible. They connect two soulmates, and they wrap all over the world. If you could see them, you would see red strings line the streets and alleys, wrapping around pillars and threading between cracks, tying the highest mountain to the deepest abyss. Your soulmate could be right beside you, yet your string could reach halfway across the world, hiding your connection to each other, or your soulmate could be halfway across the world, yet your thread is pulled taut between the two of you, ever so slightly bringing your fates together.

And that's what Shuhua found out recently. She can see the strings if she focuses on someone. Long-distance soulmates are her bane, their threads streching beyond the horizon, hiding from her view. But if the threads are short, and the soulmates are close, she can see that they are soulmates.

But she keeps quiet. She knows that if she tries to push a relationship together, she might unravel their strings, prevent them from being soulmates. The threads are permanent, but they're not the law. Just because two people are soulmates doesn't mean they will be together in the end.

She keeps the ability a secret, she has plenty of other charms to draw attention anyway.

Soojin is curious, wanted to ask her why she was so excited when she divulged her secret. It's no secret that the red strings can be seen when you're with your soulmate. The closer you are to your soulmate, the easier it is to focus on others and see their strings. No one knows why, but it's the best indicator that you're with your soulmate. She keeps quiet, no pun intended, and lets Shuhua have her fun. She seems genuinely excited that she discovered she had a 'secret ability', even though it was common all over the world. To be fair, people stopped talking about it because it was just a known fact, and parents don't usually tell their kids until they ask.

Soojin saw other strings when she first met Shuhua when they were kids. She's mute, she prefers to be a background character, and Shuhua usually takes the spotlight anyway, so she accidentally focused too much and saw the red threads fill her vision, looping through her classroom and down the hallways. As a kid, it was difficult to control when to see them and when not to, barely able to make her way back home that day. She asked her parents, and they sat her down and explained. It's been about 10 years since then, and Soojin got the hang of it, she's surprised it took Shuhua this long to see them.

She enjoys seeing her so excited and happy, and she lets her have her fun. She'll figure it out eventually.

Another soulmate AU. Can't wait to hopefully finish this one.