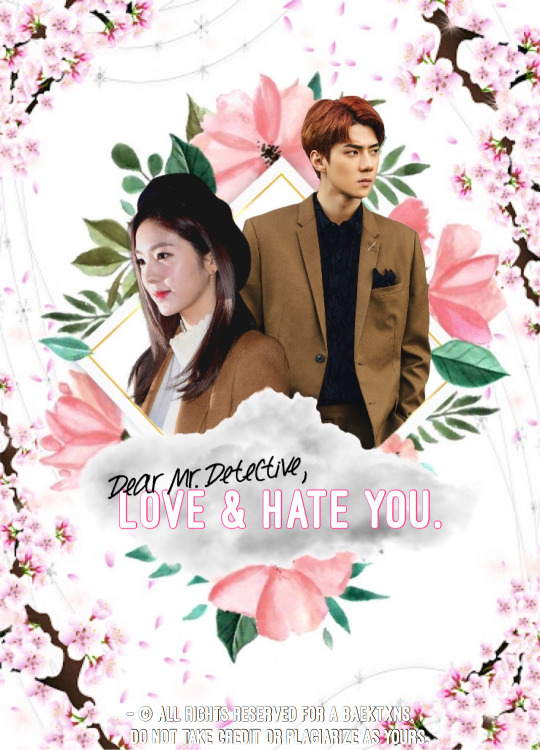 he's not one to know how others feel. he was good at his job, but couldn't empathize like his partner does. he's smart, yes, but his emotions? doesn't show them. he's to the point — straightforward. he has to be, doesn't he? he's the lead detective of the homicide department. he's good at his job, he knew that. no one can ask for more, and he doesn't want anyone to pester him for more.

she, on the otherhand, works with him. mildly, but she does. she juggles her double-majored job as a forensic scientist and medical doctor at the hospital. some days, being on the crime scene with him just makes her want to rip her hair out. some days, she just wants to jump off a cliff. but she also wants to see a different side of him.

what if she's the reason he starts feeling something?

what if their life was in danger?

* inspired by a previous story i wrote for sehun! titled: sociopathic detective.