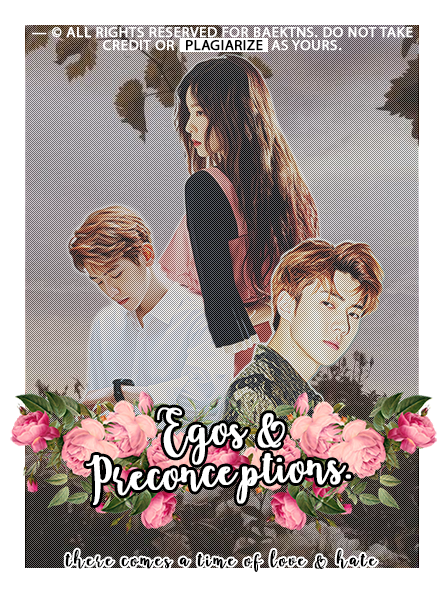 Would she let her own pride back down compared to his? Would her prejudice towards his judgement calls blind her?

He and his friend were born in royalty. Wealth. They lived comfortably and owned the most wealthiest companies. However, what happens when someone unexpected walks into their life after one faithful formal charity ball hosted in the city?

Would his pride get in his way? Or would his prejudice blind him from the truth?

I absolutely love Jane Austen's work; therefore, I had to do something ;;