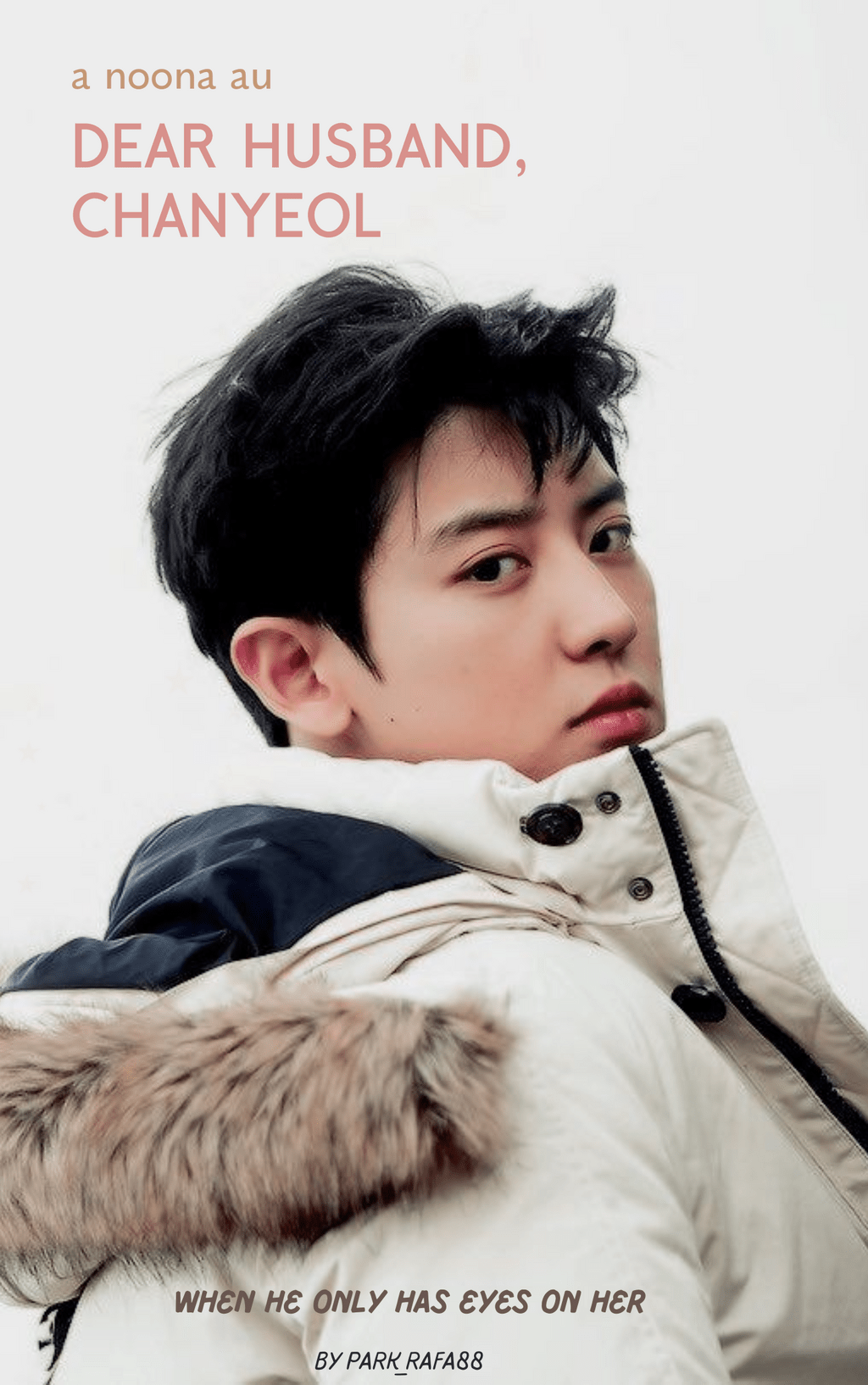 Chanyeol open his eyes as the light was hitting his face. However, his chest feels heavy. His right hand automatically wants to touch his chest as its suddenly touch something hairy instead. His forehead wrinkles as he tries to digest.

His little wife was snoring on his chest as she also hugging him. Chanyeol unknowingly chuckles as his forehead wrinkle. Try to remember where he is and why he ends up there.

He was eating… He remembers now. It was at some restaurant for reunion and to celebrate Baekhyun win on music show. He booked the restaurant due to the fact they serve some amazing noodle according to Baekhyun and while at that, Chanyeol eats a bowl of spicy noodle not knowing the dish cause him allergy to chili and weak towards spicy food. The boys rushed him to emergency and he doesn’t remember what happened and how long was he in the hospital.

Chanyeol glances to Irin before slowly caressing her hairs that fallen towards the latter face. Irin must be so shocked to learn that little secret of his. He cannot even smell spicy food and to make it worst is that he was tired after whole day in the studio. He was working for his upcoming band debut that was too much of work and it doesn’t get better as he is the one who also in charge of direction and production for most of it. Chanyeol sighed. He hates to see someone take care of him. It was always the opposite. Chanyeol parents barely take care of him due to their family business and instead he stays with his grandparents who also the foster grandparents to the Baek siblings. His grandparents were the neighbor of Irin and Baekhyun’s parents and come to like the two siblings.

Chanyeol slowly patting Irin's head as he feels sorry. Is the girl even going home? She looks like a mess but weirdly look adorable to the giant. He smiles before lost in thought. She moves after a few minutes since he was cuddling her. Chanyeol quickly pretends to sleep as Irin slowly waking up. He doesn’t want Irin to feel awkward around him knowing her position and to avoid her questions about him.

Chanyeol heard Irin murmurs as the girl is now full awake. She stretches for a while before tied her hair up. Her fair white neck was exposed as Chanyeol taking a hidden glance of her. Irin then turns her back to Chanyeol who again closed his eyes. Irin turns again before pats Chanyeol hair. Her breath was closer to him which Chanyeol slightly nervous. What’s with her today? Her breath was so close that Chanyeol can feel her hands was touching his arms. Its eventually come to halt as he finally opens his eyes out of the goosebump he gets from her soft touch. Her eyes comedically turns wide. Irin was startled as she almost fallen back.

Chanyeol quickly catch her. She almost yelled but Chanyeol was faster as he shut her up.

It was the second one…

It was hours after the first one... It was their kiss.

His lips slightly touch her corner lips. Irin closes her eyes as she didn’t bother to push him either.  Same as the first time. It was slow and his lips feel so warm. Is that a side effect from having a fever? Irin closes her eyes tightly as she holds Chanyeol both arms who was holding he

Please Subscribe to read the full chapter
Like this story? Give it an Upvote!
Thank you!
← Previous Chapter
Author's Thoughts
16_01 - We hits 40 subbies. Thanks for the love and we shall meet soon! <3
Read More →
Back to Top ↑
No comments yet
Back to Top ↑
Table of Contents
Foreword
Back to Top ↑
Community Promoted