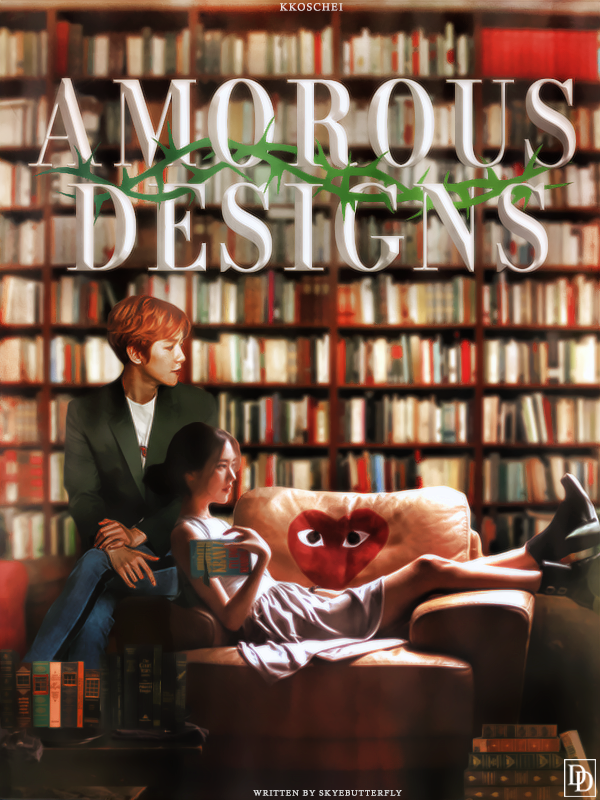 Miyoung wants nothing but for her last year of high school to be as successful as possible. However, things complicate when her tutor abruptly takes leave. Replacing her old tutor is Byun Baekhyun—the young, bright-eyed substitute teacher Miyoung finds herself falling in love with despite her best knowledge.

It’s a tragedy in the making, but it’s always hard to look away from train wrecks as such.

“He’s so wholesome, with a hint of danger…but, like safe danger.”

Miyoung’s words left Somi on edge, and the latter’s eyes perked up. “First of all, Kim Miyoung, you’re crazy. There’s no such thing as safe danger.” She laughed and rolled her eyes, but quickly shut up to lean in and whisper, “so, who is he?”

Had Somi said that just a second earlier, Miyoung would have answered right away with a can’t tell you. But not now. Now, the said danger had entered the library—glasses, tweed jacket, and all—his playful eyes bright and sunshine-y even if the gloomy weather suggested him not to be. Around his neck, in a lanyard, was their school’s ID, a subtle yet blatant sign that showed just how unattainable he was.

“No one,” Miyoung said, but she really wanted to say Mr. Byun.

amorous designs
a story by skyebutterfly

“Those sweet lips. My, oh my, I could kiss those lips all night long.”

CHARACTERS: Miyoung (OC), Baekhyun, and more to be revealed!

WARNINGS: age gap, cursing, and more at the beginning of each chapter

I’m back at it again with another story featuring Baekhyun. And it’s student x teacher. Sue me. Anyways, there’s a few things I’d like to note before we start.

A lot of people wanted Baekhyun to be the teacher, and a good amount wanted him to be the student, so in the near future, I want a write a version in which he is the student. For now, I’m doing what the majority wanted :-)

This will be a five-shot to avoid extremely long chapters.

There is an age gap between BBH and the OC, so don’t read if you’re not comfortable with that! Also, despite this, the OC is of legal, consenting age as a final year high school student.

I’m going to try my best to make this as realistic as possible. Student and teacher relationships are always complicated; teachers want to keep their job and source of income, and students don’t usually want to risk a social life or their parent’s wrath. Prepare for some angst.

Check out my other EXO stories! Or view here.

and kkoschei for the poster!

This story is an entry to the
SHOES OF A UNICORN
Writing Contest!

There may be spoilers in the comments. Read them with precaution.
DO NOT PLAGIARIZE.
Thank you :-)

Next Chapter →
Author's Thoughts
AMOROUS DESIGNS //
One year anniversary of AD wow :")
Check out the recent chapter for info regarding the prequel!