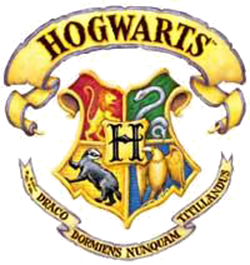 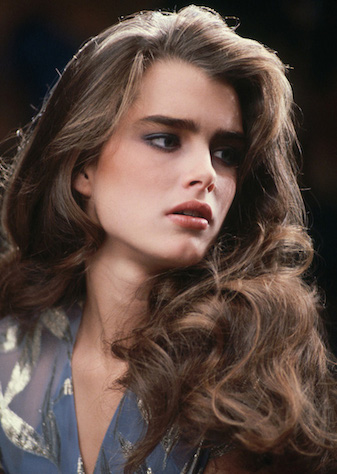 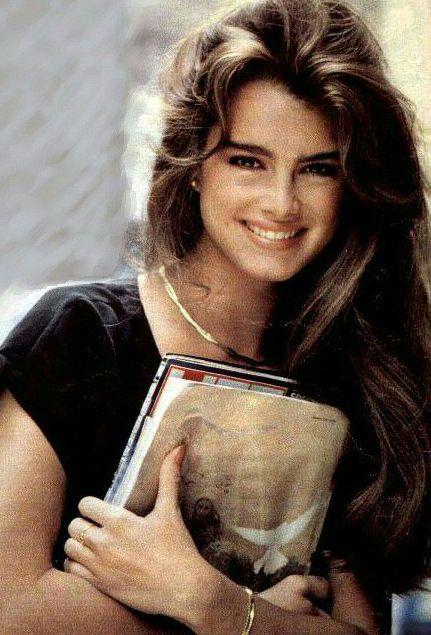 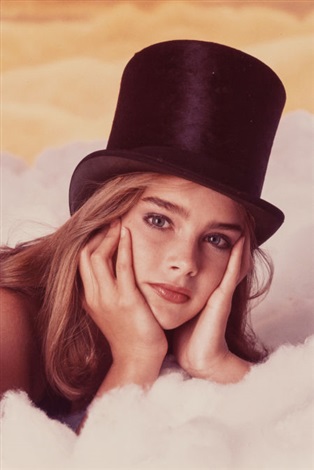 APPEARANCE — Yennefer stands at  169cm and weights around 55kg. She keeps her light brown
hair at a long length and barely ever puts it up in a ponytail. Even though she has a warm smile that
easily infects others, she rarely shows it these days and thus seems rather cold and to some even
intimidating.

STYLE — If not forced to wear her uniform, Yen loves her turtlenecks and light colored blouses,
combined with dark or light blazers. She prefers black and white and if she's feeling like wearing
colorful clothes, she won't choose super bright colors.

I don't know about social cues. Being home-schooled for four years and not being allowed to socialize with anyone makes Yen an overall awkward person. It's not like she's shy, she's a rather curious person who wants to know as much as possible. However, she tends to break all social norms, most of the time feels like an alien and can't help but be either very distant and cautious or super helpless and exhausted with the situation. Others either find her arrogant, or even aggressive in the way she talks, some rather call her a blunt person with no tactfulness. It's causing Yen to feel outcasted at times and get even more defensive, making her build up a wall of harsh words and stern glances. All she seeks for is acceptance and someone to teach her how the world runs, so she can become the witch she desires to be.

Caution is the mother of wisdom. Being raised in isolation, plus being told that the isolation is a result of people constantly trying to kill you, taught Yen to be overly cautious and to never trust anyone. The paranoia her mother developed throughout the past decade is lapping over to Yennefer and she has difficulties not to think someone is trying to stab her back and kill her any moment. It's hard for her to open up and if someone manages to build up enough trust to make her do, yet betrays her, she'll suffer serious damages from that betrayal.

Don't say what you know, know what you say. There is nothing more that Yen hates than judgmental people and stupidity. She tends to say that you can learn anything, if you just try. But witnessing multiple students in Hogwarts trying but failing, will make her overthink this belief on many levels. The stupidity of some might even be a hassle to her and despite hating judgmental people, she'll judge the heck out of them. The judgment won't find its stop at just that. Whereas Yen gets pissed off by the way Sirius and James are talking about others, thinking they are the superior kind, she often finds herself doing the exact same thing. Growing up as the daughter of the Minister leaves its marks and growing up as a person in a higher position, leaves Yen as an aloof person. The special treatment doesn't have bad points only, though. As her talent lies within her curiousity for new things, being home-schooled and getting the unshared attention of her teachers, she knows multiple spells and curses, that others of her age wouldn't. She's trained in self-defense and has wide knowledge about history and politics. She's that kind of literate smart, that'll piss you off big time in each and every history class.

There's no black or white. There's only grey. If there is something that describes Yen well, then it's that she is torn about most things regarding the whole wizards vs Muggle conflict. Even though she finds it wrong to kill innocent Muggles, she can't get over the fact and condemn how Muggles were once witch hunting and killing multiple people, regardless of really being wizards or not. She doesn't get the whole craze about pure-blood lines and similar, yet can't deny that the magical blood is getting thinner and thinner compared to the world of Muggles. It's like she wants to agree with the Death Eaters point of view as much as she contradicts to them. Yennefer herself tries to explain the cognitive dissonance with the lack of experience and blames the home-schooling for not being able to make her own picture of the situation. She'll be torn about most things at Hogwarts, still, and every little thing that changes her opinion once again will drag her into a personal crisis.

I'd rather die fighting, than giving up without having even tried. Yenefer might waver between the dark and the light, but when push comes to shove, she'll stay loyal to her beliefs (may it be positive or negative). She's brave at heart and will never withdraw from a fight. She might be cautious, but she's not a scaredy-cat and she'll fight you, if you dare to threaten her.

— LOOK BACK.
PAST — Yennefer is the daughter of Minister of Magic Eugenia Jenkins. She grew up as an only-child, being only 10 when the First Wizarding War started. Minister Jenkins was known to have dealt competently with the pure-blood riots during the Squib Rights marches in the late 60s and was therefore targeted by Voldemort and the Death Eaters. Scared of the possibility, her daughter might get targeted with an assasination assault as well, she decided that Yennefer had to stay at home and get home-schooled instead of attending Hogwarts. Jenkins' plan worked out up until she was ousted from office, being deemed inadequate to the challenge of fighting the Dark Lord. With no support of the Ministry in her back, Jenkins made the decision to go undercover and send her child to Hogwarts where she knew Dumbledore would protect her daughter. Thanks to the good relationship between Jenkins and Dumbledore, Yennefer got admitted to Hogwarts despite being a lateral entrant.


PRESENT —
Yennefer is going to be invited to Hogwarts before the new year starts, so she won't need to be sorted into her house among a bunch of 11-year olds. She will definitely feel overly uncomfortable on her first day with the others, when everyone is staring at her because she is that random new person sitting among all of the other Gryffindors. She's often going to question the worth of being a Gryffindor whenever she witnesses the Marauders picking on others and will judge them hard for their behavior.

- Yen is not accustomed to living with others, or places like Hogwarts at all. She will miss the bunch of pillows she had in her bed, she'll feel weird going to the same bath tub as others and she'll have to get used to eating with hundreds of people together.
- She can't summon a Patronus yet, because she hasn't made any overly happy memories. But if she manages one day, I imagine hers to be a bird. Like a hawk or an eagle. Or maybe a phoenix.
- Her favorite subject would be anything that is related to history. She loves to learn of new things and their origin.
-  Yenwill question being sorted into Hogwarts all the time, even though she knows that Slytherin might have been too dangerous for her. If she compares the values of Slytherin with those to Gryffindor and then observes how the students act, she'll wonder why the sorting hat sent her to Gryffindor.

— LOOK AROUND.
FAMILY —
♚ Mother / Eugenia Jenkins / 40 / A single mother that has some paranoia issues going on
Eugenia is a will-strong woman who fights for equal rights and hates the idea of pure-blood lines and the enslavement of Muggels and Squibs. She used to be very bull-headed in her younger years and also known to be rather reckless. However, after the death of her husband (who died 1970 during a fight with a Death Eater) she grew more and more reluctant of her doings and went as far as developing paranoia, not wanting to lose her only child as well. Her growing paranoia might have been one of the reasons why the Ministry of Magic decided that she wouldn't be able to proceed as the head of it. She is sending Yennefer a lot of letter but Yen can never answer, since her mother's address is secret.

FRIENDS — Since Yen lived in isolation up until now, there are no friends she made so far.

OTHERS — Yen is probably going to be either a pain in the for some professors or a blast to watch. Since she knows a lot and also doesn't like to fail, she'll be approved of by professors like Horace Slughorn and I can imagine her to be part of the Slug Club, too. 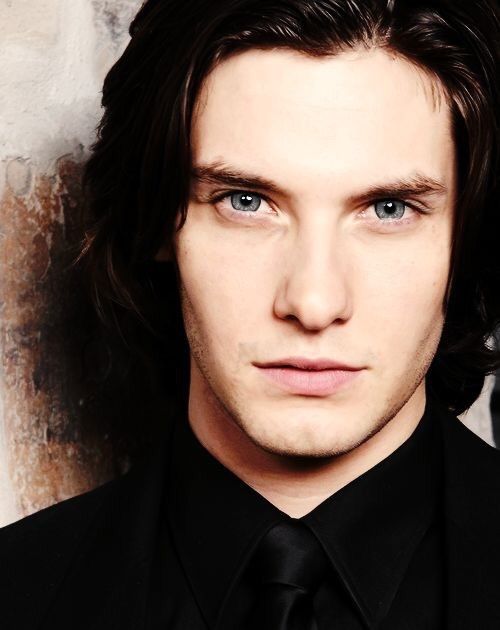 — THE CRUSH
aka the love-hate relationship
NAME — Sirius Black

SUMMARY — To be all honest, when Sirius and Yennefer meet each other for the first time, they are not going to like each other at all. Yennefer might be a pretty girl that could spark Sirius' interest for a brief moment, but she's cold enough to freeze an entire lake. She will give him her typical aloof attitude, a comeback he'll hate and in no time those two will start a dislike for each other.
Yennefer approves of skills and rebellion, though. So the moment she'll see how Sirius can swing that wand of his or notice how he refuses to follow the status quo multiple times, she'll start to adore him, even though she'll hate the guts out of it and is going to refuse to give in to those feelings. Even though she starts to crush on him, she'll only succumb to her feelings if he lays down most of his traits and starts being a better man (similar to the James-Lily-dynamics).
I'll leave it up to you if you make the two of them starting to like each other (or even date) or maybe nothing of this.

— LOOK NOW.
FAMOUS LAST WORDS — I finally finished this, you have no idea how much I wanted to give birth to this child. I really hope, your story takes off and I can't wait to see where it's going! Anyway, I added the blood status and the house to the app since you didn't add any of it in the app. I hope that's okay :D

SCENE SUGGESTIONS — I have no idea, but I'm a er for drama, fights and love stories. Throw everything at us! Pretty please and pretty soon! © SHORTCAKE PRODUCTIONS
Back to Top ↑
No comments yet
Back to Top ↑
Yennefer Jenkins knows about the Marauder's Mischief!
Promoted - Advertise