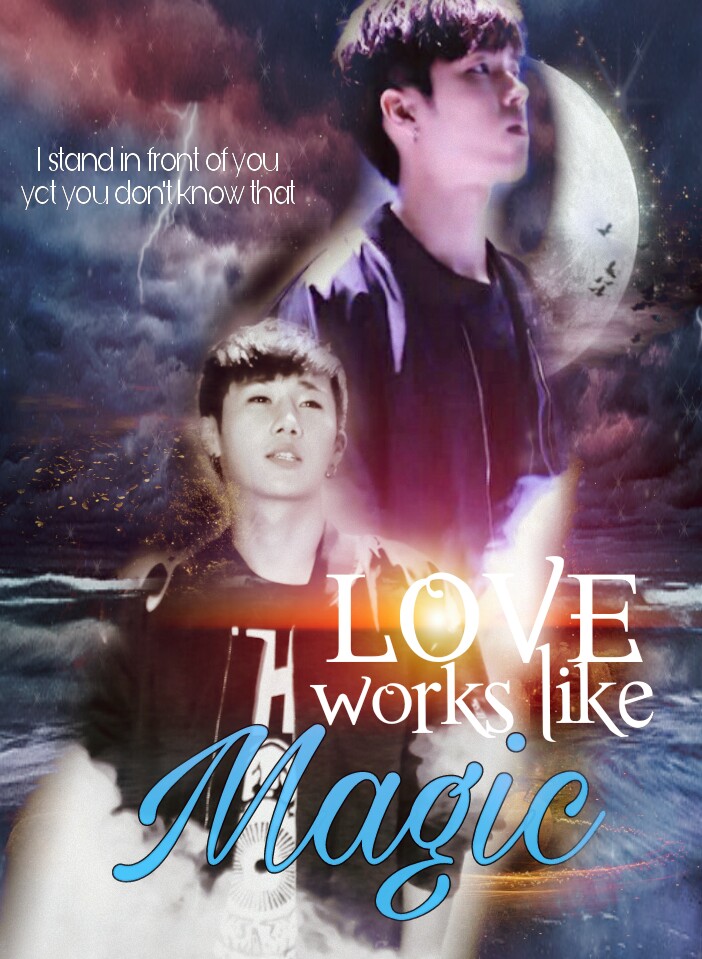 Sunggyu huffs again for the nth time. Here he is, standing in front of his assigned room for the semester with a sour expression painted on his face. He’s still in a cruddy mood after arguing with the students’ department staff for more than 2 hours because he requested an isolated room for himself, unwilling to share it with any other student (especially with a random non-magic person) but alas, his request is rejected, as he is a freshman therefore the college couldn't provide the privilege for him, not even after he offered to pay double from the usual college’s rent. They apparently can't show any bias in the matter.

He inhales deeply again before knocking on the door twice, but really, at this point he just do it out of having some last shred of manner to whomever his roommate is. He can feel blood ringing in his ears, and his skin breaks into goosebumps. His new roommate, (Woohyung? Woohyeol? He clearly didn’t give attention when the staff told him information about his new room including his new roommate’s name) is still singing loudly in the room without giving any care to the world, and perhaps that’s why he can’t hear the knocks on the door.

Sunggyu can’t really stand it anymore (he even consider of casting some shut-up spell, but nah, what a waste of magic) and so he thinks to himself, ‘ it’ and pushes the door open with a loud bang. The action finally brings all the guy’s attention to him, if the sudden exchange from his singing to a piercing shriek has anything to go by with. Sunggyu is screaming too, but it is for a completely different reason. Whilst the guy screaming for the sudden interruption, Sunggyu lets out a loud scream because his roommate is half . He is caught in the middle of taking off his boxer. (Sunggyu swears he can see partial of the guy’s .) It's a relief the guy is conveniently facing the opposite direction, or else Sunggyu would have been scarred for life.

“Yah! Put your goddamn clothes on!” Sunggyu shouts while covering his eyes with his hands, trying to save his poor eyes from the pure torture.

“Who the are you?! Why are you in my room? Why didn't you knock the door before entering?” The other boy exclaims back as loudly while his both hands busy pulling up the last piece of cloth on his body, (doing a great favour to Sunggyu's eyes really) and his tone is full with accusation towards the intruder.

Sunggyu scoffs, only when he deems that it is safe to open his eyes again that he put his both arms down. He throws his shoes at the entrance randomly but he mutters a breathless be neat spell so it lands nicely on the shoes rack. His roommate is too busy trying to cover himself to notice it. And he somewhat looks dumb too. He closes the door shut with a click sound.

“Excuse me, this is my room too." He grumbles annoyedly,before adding a tad late afterthought, "and I did knock on the door,” barely manage to hold himself from adding '' at the end of his sentence. He invites himself  into  their new room - distatefully if he may say.

Sunggyu silently eyeing the room that he would be occupying for the next 5 months; there's one big window at the end of the room, next to a single bathroom. Two wardrobes and two tables at the west side of the room and there are two beds made of wood at the east side; one was made (clearly it was already taken by the guy) and one is still untouched. There is nothing special about the room, even the yellow painting on the walls looks faded and boring. His scowl deepens, again tempted to cast a spell or two. His palm is definitely aching for his currently unavaible wand.

The bed on the left is full with books, clothes, food and whatnot. (What a mess tch). So he strides over to the right one, dropping his luggage next to the bed, before proceeding with making his bed. He drapes the bed with a dark-chocolate bed sheet, arranging his pillows at the end of the bed, and lastly places his blanket neatly on top of it. He moves to his luggage next, unpacking his clothes. He doesn’t bring that much clothes, just what he deems as necessary. After all, he's here as a music major student, not fashion.

The messiness caused by the guy irks Sunggyu to death but he doesn’t want to add unwanted spice into their first meeting talk(?), yet. He needs to draw some laws and lines in the room with the other guy. He can't stand messes and out of

Please log in to read the full chapter
Like this story? Give it an Upvote!
Thank you!
Next Chapter →
Author's Thoughts
I reread this again and decided to edit the atrociousness and cringiness of this story. Sorry for the upcoming notification(s)
Read More →
Back to Top ↑
No comments yet
Back to Top ↑
Foreword
>> Collapse chapters <<
Promoted - Advertise