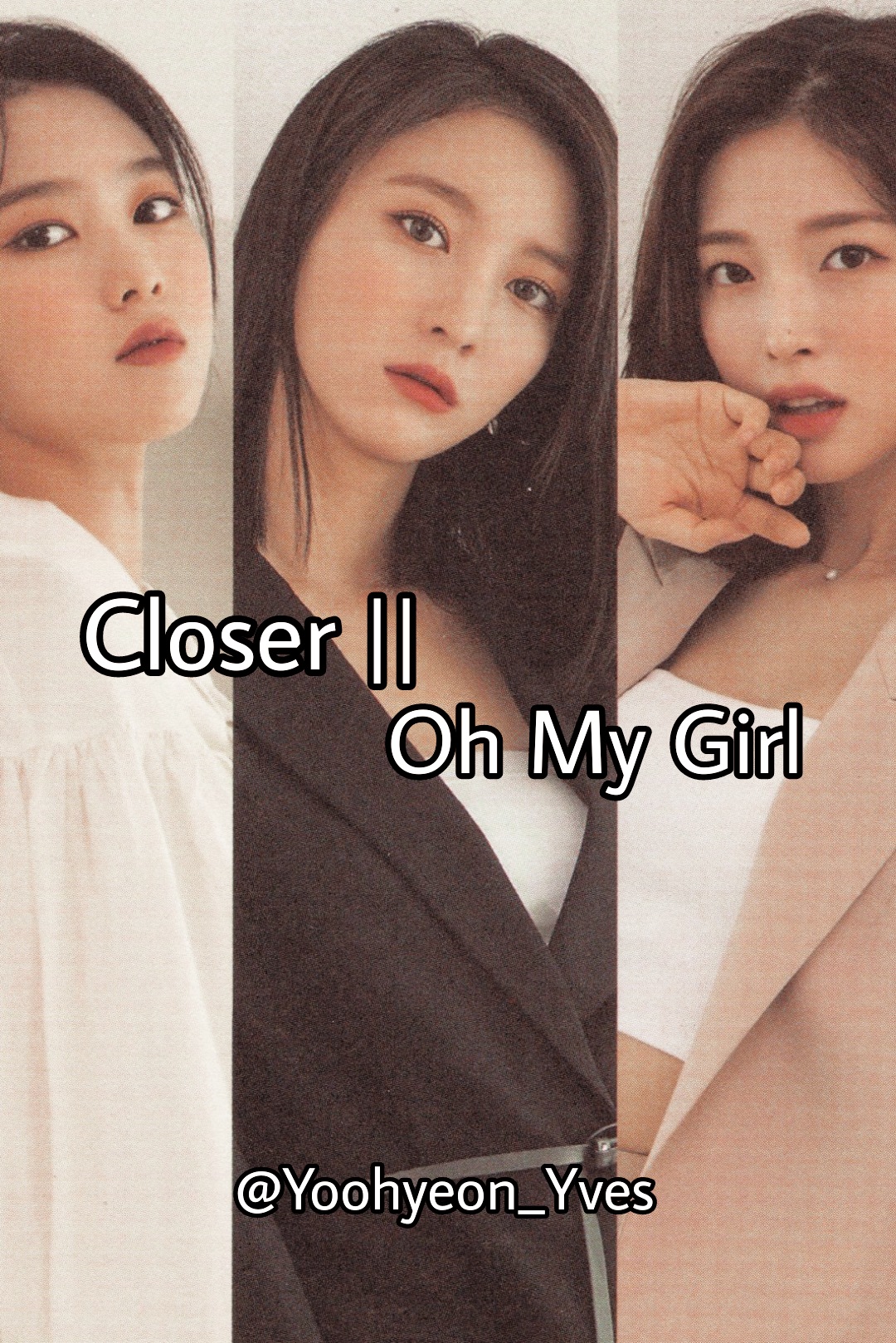 So... when she learns that Jiho gets together with Yewon... she has mixed feelings. Why is that? Why can't she be happy for her friend? She wears to herself that she's fine. She ignores it. She tries hard to only be happy for Jiho but... it's not as easy as she thinks it is. It hurts... seeing them together. And she wishes it was only that her only problem... things get even more complicated when she realizes that Yewon has also mixed feelings and is actually interested in both girls.

Can frienship overcome everything? Can Yoobin stay loyal to her best friend and get over Yewon? Will Yewon decide whom she loves the most? And what about Jiho? Has anyone thought of her and her feelings too? Read to find out!

Song: Closer by Oh! My Girl

(English isn't my first language, so sorry for any mistakes. Also, this is the first time I'm posting here, on this app I mean, so bear with me, hehe! >.< I also post this story on wattpad. So if it's easier to read it from there then I'll give you the link bellow!

---Friendsly reminder; this story is an au so any reference to a real person is just a coincidence. This is just a ff, an au. I don't want to offend anyone. So if the characters don't resemble any real ones just don't hate me please. This is an AU, (I'm saying this over and over again, I know), so I write my characters however I want. Same goes for the plot. It's just an imagination, a fantasy, something not real, a fanfiction, an ALTERNATIVE UNIVERSE, ok? Are we clear? I hope we are.)

Btw I know it says Yoohyeon_Yves the cover. That's me. It's my user name on Wattpad. Don't get confused!

Also, I'm gonna be posting chapters evert once a week, probably every Wednesday, so stay tuned!

Next Chapter →
Author's Thoughts
See you all next week! ;)
Read More →
Back to Top ↑
No comments yet
Back to Top ↑
Foreword
Promoted - Advertise