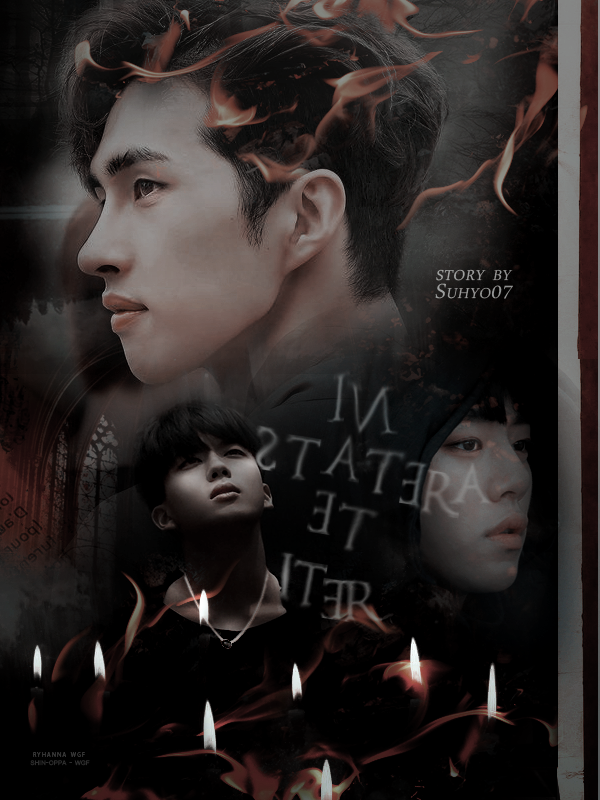 Shin Hyunwook didn't think his actions would affect the entire world of Apricitas, and ultimately turn one side of the Scales of Judgement lower than the other, when it should be balanced forever.

But it was gone and done, and now, a certain memory named Lee Jaehwan is after the man who caused the balance of life and death to be disturbed.

A certain memory which was carefully preserved in the form of a piece of obsidian.

Anyways this story is written to enter my dear hyung's contest, Flower Boy songfic competition which has the love of his life splattered all over the layout (not that I'm insulting Sungjong; HE'S MAGNIFICENT)

In the meantime enjoy this little snippet

"I didn't come here to be insulted," Hyunwook responded cooly, a hand resting casually on the hilt of his sword. "In fact, I have came for something rather important and valuable to me - "

"Which is bringing your lover back, that I know," The Lord of the Underworld waved a hand at that, and sighed. "Unfortunately, that isn't possible." He raised his eyebrows. "Also, you do look rather normal for someone who has lost something so valuable and important." His tone was mocking, and the boy's grip on his weapon tightened.

"Tell me," He demanded, taking a threatening step forward. "Why isn't it possible? You're the Lord of Death. He who guards over dead souls and whatnot. Surely you must have a way."

"For your information," The other braced himself on the armrests of his throne, and slowly rose to his feet, a cascade of dark robes covering his entire body, the black spilling onto even darker carpet so that he looked like a dark waterfall. "I am not the person who you people describe as the Grim Reaper - the person who collects the souls when they depart from the world. That's Thanatos' job, and today he's not here because a massive earthquake struck somewhere in Tenebris, or a volcano exploded in Umbra - I do not know, he's very busy and has been demanding for a pay rise for the past few centuries, and trust me, it's a major headache so please stop throwing questions at me like you would with a dagger - I'm sure some of you do that - because I'm a very busy person. Shoo!"

Hyunwook backed away slightly when the Lord of Darkness waved his fingers at him, dark sparks coming off the black fingernails. "I'm not leaving until I get a yes for an answer."

"Stay, then," He shrugged and settled onto his throne once more. "I'd be more than happy to have a companion. It gets boring down here sometimes, and the moans of the wretched aren't exactly something delightful to listen to."