First and foremost, choose to be happy if you can. Life can be hard enough as it is anyway, so if you have a choice, smile - inside or out. Make someone else's day. Be the change you want to see in the world. Accept that you will have bad days, deal with them when they come along, and keep moving forward. Life isn't perfect and neither are you, but that doesn't mean either can't be good.

Keep trying. Even the darkest days must end at some point.

Never give up. You'll never know how close you are to success until you get there.

Try not to make mountains out of mole hills and when possible, believe in yourself. You are stronger than you'll probably ever give yourself credit for. Just keep moving forward. Pausing doesn't mean you've failed and moving slowly doesn't mean you aren't making progress.

Lastly - be unapologetically you. "Those who matter don't mind, and those who mind don't matter." - Various 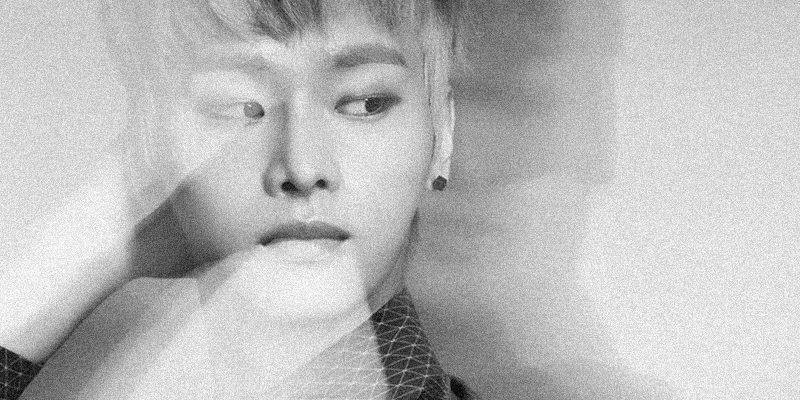 A
Hello! Welcome to my page! I'm a US native living abroad while I teach English in Japan.
I'm not usually the first one to talk but I don't tend to bite. haha  If you want to get to know me, feel free to friend me!
A little bit about me:

- I tend to focus on fantasy and alternate universes where anything can happen.

- I like to try new things when I can and I'm always up for a challenge, though I never know how it will turn out.

- I'm also a TV/anime/movie person, though I'm usually woefully behind the times. heh Currently, I'm trying to make my way through the Hayao Miyazaki movies I haven't seen yet.

- I really enjoy role playing video games (Final Fantasy, Suikoden, and Valkyrie Profile will always be high on my list for favorites).

My repertoire of bands and biases continue to grow and it's safe to say I enjoy a broad spectrum of music.

If you ask, I will not claim to be a part of any fanbase (i.e. Baby, Starlight, etc.) though I enjoy a lot of fandoms, some more than others. lol


While I do enjoy reading stories here, there are a few things I often struggle with. Some of these include:
- 'You' stories are particularly trying, since I can never relate to the main character
- While I can read things with problematic grammar, it makes the experience less enjoyable for me
- Wall of text fics are just plain hard to read (they hurt my eyes  T_T)
- I also struggle with OC stories, largely because in many of them, the leads are Mary Sues or Gary Stues and it pains me
If I really like something, I'll probably comment, one way or the other. If you ask me to take a look at your work (preferably with some sort of reciprocal gesture in mind), I'll likely comment as well, though you may get some critique in the process.

As an author, I am a teensy bit critical of myself (slight understatement), but I am also big into finishing things and I absolutely welcome constructive criticism!  <3 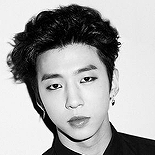 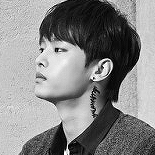 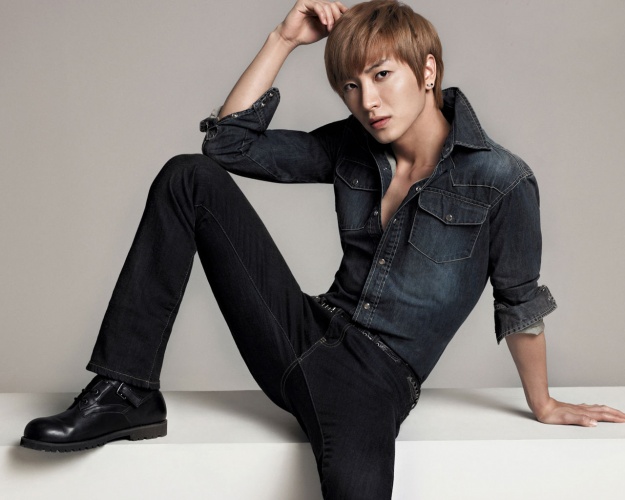 park jungsu
B
To be honest, I had a list of bands and biases here, and while I still have them, it's fairer to say that I like a lot of groups. I don't hardcore stan any of them exactly, and even with ones I don't favor, I'll probably find a song or two I like from them.
Super Junior and Shinee were the original groups that pulled me into K-pop and all the amazing madness therein. From there, it spiraled into old school groups, the current groups of the time, and the vast majority of the new ones since then.
My most current faves include: BAP, BTS, Taeyang, VIXX, f(x) Monsta X, Perfume, Dreamcatcher, Nu'est, DGNA, MyName and so on.
I do favor boy groups over girl groups often times, but not exclusively. I also like K, J, and C groups in the Pop and Rock genres.

Despite having favorites, I'll read almost any ship and am not set on any in particular. I'm also a huge fan of crack ships (they're so much fun!) so if you know of something new and interesting, I'd probably be interested in checking it out.
M 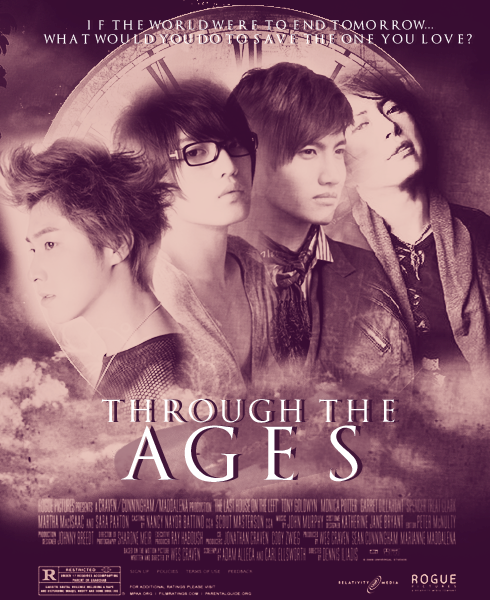 Kim Jaejoong is a vampire living in New York City, just drifting with the times and watching life pass by with little interest until he meets Jung Yunho, a dance instructor who's been in the city for the past eight years. Inexplicably drawn to the charismatic human, Jaejoong makes himself a part of Yunho's life to become his friend and then something considerably more, playing an active part of the mortal world once more. While he never kept the truth of what he was a secret, there is still a great deal that Jaejoong has managed to keep secret from Yunho about his past; secrets that may have more far reaching consequences than either could envision. Yunho knows Jaejoong is a vampire and that there are other such creatures that live in the area as well, but everything about how he was created and how he used to live is a mystery to him. Now, his past is about to catch up to Jaejoong in a way he never expected and when it does, it puts everything he holds dear at risk. Can he protect the ones he loves or will he die trying?

In a realm ruled by a powerful, tyranical king who holds dominion over the elements, will six fledgling Elementalists and one strong willed Neutralizer be enough to end his chaotic reign? Or will the king who would call himself a god destroy them before they even have a chance? Join the descendants of the first born Elementalists as they come into their own to challenge the unjust rule of one who will have everything to himself or leave nothing at all.

When Ryeowook's vacation with his best friend takes a turn for the unexpected, he never anticipated he would be swept into a world of vampires, werewolves, Hunters, the Possessed, and all manner of humans. A chance encounter with the vampire Kyuhyun finds them both in a growing war that pits humans against the threat of powerful supernatural creatures who must join together to match their foe. As the stakes rise and measures to eradicate the enemy escalate, all sides stand to lose more than any of them bargained for.

Even if one side can win, will victory be worth the price? Or is the worse yet to come?

When Namjoon unwittingly becomes the next bearer of a spell (or curse) that holds the power of life and death, he and his friends will be forever changed: mere targets bound together in a web of danger that extends across time and space. Death in the form of tattooed figures who refuse to stay dead follows him and those he holds dear. In order to get out alive, Namjoon will have to contend with terrifying visions, solve a mystery he doesn't understand, and stay one step ahead of his pursuers, which include the people who are trying to kill him as well as a madman that may know more than all of them combined.

With unknown enemies closing in, time running out, and his friends beginning to disappear, will unexpected allies be enough to help tip the balance in their favor, or will they fall into the clutches of those who seek the power for their own?

Daehyun was just a Valkyr, one of Odin's servants in Asgard. For millenia, he and his brothers, Himchan and Jongup, had been collecting the souls of fallen heroes to prepare for the final battle: Ragnarok. They were nothing more than divine beings born for that purpose, or so the gods reminded them often enough.

Sent to Midgard in his brothers' stead, Daehyun finds and recruits many Einherjar for the ongoing war, including the warrior Zelo, the mage Youngjae, and... the thief Yongguk who insists he knew the Valkyr as a human when they were growing up.

When the wheels of fate begin to turn, everything Daehyun thought he knew about the world he lives in will be challenged and he may find that the love of one human can change everything.

But will Daehyun's revelations stop the Twilight of the Gods or bring it to fruition instead?

P.I. Kim Jaejoong knows keeping personal copies of evidence; falling for and endangering a civilian in the course of his job; and almost getting himself and those close to him killed on various occasions are just things that one shouldn't do. Unfortunately, that doesn't keep such things from happening when the case he's investigating is the assassination of his parents. An assassination he was mere moments too late in preventing and during which he got only a brief glimpse of their killer.

Of course, tall, lithe and completely hidden in shadow isn't exactly a prime description for locating a possible suspect which leads him to the sprawling city of New York. Working in conjunction with the NYPD, he begins to investigate the three top corporations and suspects who had the most to gain over the death of his parents and finds himself getting in over his head.

When the chips finally fall on the figurative gambling table, it's hard to say if anyone will get away unscathed, least of all himself.

Just another retelling of Beauty and the Beast with the daughter of a mage, his two apprentices, and a spell gone terribly awry. Join our beauty Amber as she grows from a young lady with no magic in a magic filled world into a strong woman with the strength and determination to forge her own path in life. Along the way, she just might fall in love, break a curse, and discover she has more power than she ever dreamed. 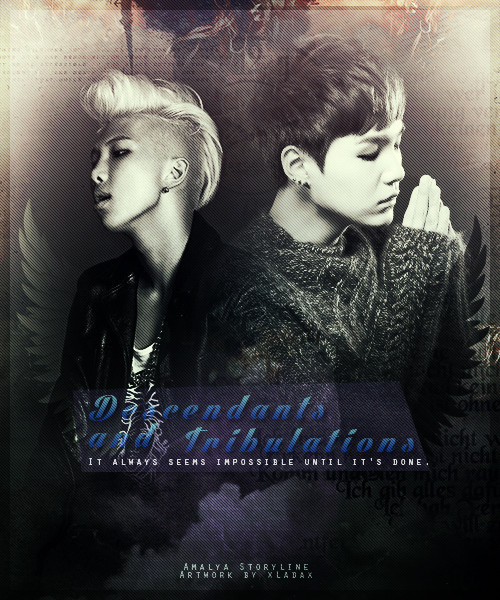 Life isn't the easiest when you're the descendant of a Titan but for Namjoon, there are worse things. Like moving to a new area where he has to make all new friends, one of which is distantly related to Echidna, the mother of monsters. Personally, he has no idea why Suga goes by such a strange nickname, but when he gets close enough to find out, his discovery leads to an accident and a task of nearly impossible proportions. Yoongi is the co-leader of the Rift Boys, a group of Rift Runners who travel across planes as needed to keep the balance between realms even. But when their partnered Nemon Pearl goes missing, they will have to find a place that doesn't exist to accomplish a task that might be impossible. What's worse, getting there is the easy part. 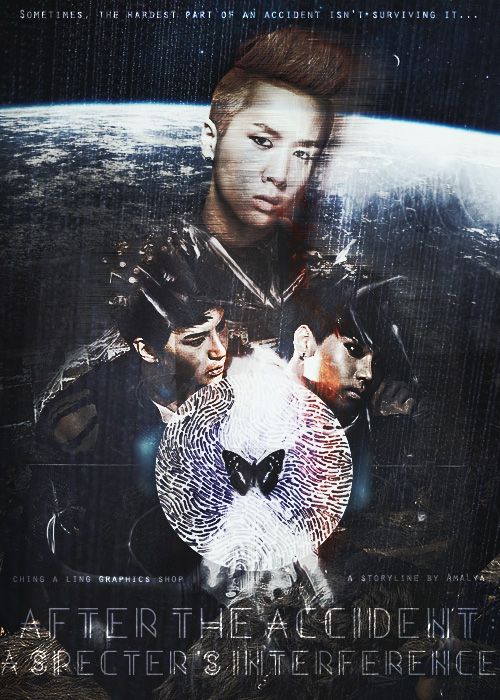 Sometimes, the hardest part of an accident isn't surviving it and Hakyeon learns the hard way that moving on isn't easy when it means letting go of someone who may not be ready to leave or helping another who may never recover.

Q
Some of my favorite quotes provide loads of additional inspiration and ideas.  Here are a couple of my personal selections that I've picked up along the way:

"Dancing is just a conversation between two people.  Talk to me." — Hope Floats

“The flower that blooms in adversity is the most rare and beautiful of all.” — Mulan

“Life is not the amount of breaths you take; it's the moments that take your breath away..” — Hitch 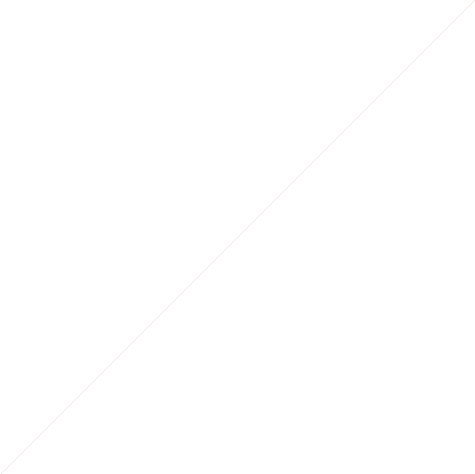 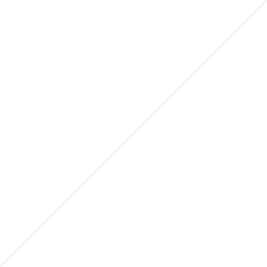 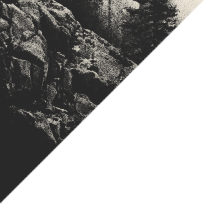 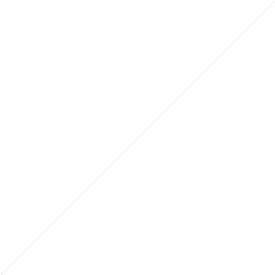 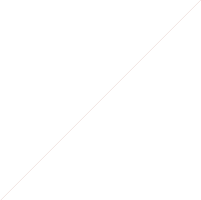 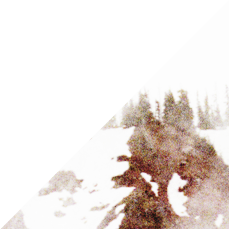