Dear all, since I'm back on AFF for now, I think it's absolutely necessary for me to show you... my new and refurbished OTP list!

I suppose you all know that it has undergone huge changes from the original, but no fear, I've welcomed new OTPs and also retained some of my old OTPs.

I won't be explaining the other pairings, but I think it's absolutely necessary for me to explain why I have an extremely new, extremely underrated pairing as my ultimate OTP. In terms of moments, no, they don't have a drama together. They were in a movie together, but it was an omnibus and they were in separate segments of it. The most they have are only a few shots from the press conference. But even so, the moment I saw them (during that period, Jinhee was rising up my bias list and I barely knew Soohyuk), I fell headfirst for them, and up until now I can't quite explain why.

I love the way Soohyuk and Jinhee encompass every sort of feeling I could ever ask for from my ultimate OTP. They give off this extremely angsty feel - Soohyuk's a notorious bad-boy and Jinhee's a notorious good-girl and they'd be parted by a sea of quandaries; they can be extremely adorable and funny - Soohyuk's got a great sense of humor and Jinhee's a little joker who plays pranks and laughs at everything without actually being annoying; they can be so, so, so humane - Soohyuk expresses himself with honesty, and Jinhee radiates this maturity that's rare to be seen from actresses her age. On top of all their real life qualities, they're both devoted in their work - Jinhee's a rising actress who's slowly gaining recognition for her conviction in her acting, and Soohyuk's always been a stellar model, and is now slowly and humbly honing his acting skills. I love how they're both similar and different and enigmatic.

All the more, the fact that they're enigmatic gives me so much space to imagine and write them in any way I like. They're flexible and intriguing as muses, and they will always be lovable, regardless of how bad their characters seem at first. (Maybe that's just me with the way I write them, but still.) My feelings towards them are ineffable and will, I think, last for quite a while. actor/actress otps: the OT4 and OT8 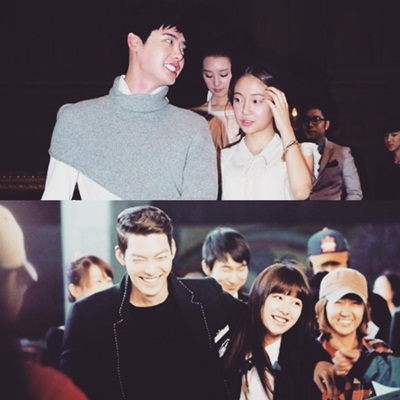 So basically that's it for now. That's as much as I remember. The large bulk of my OTPs are featured in 'My Better Half', so do check it out :>