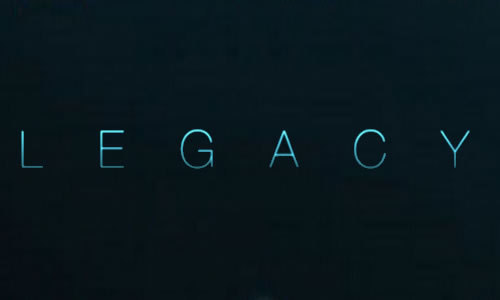 But I hope I can repay that with this new upcoming story. This one will include a lot of action and suspense. Also a lot more Characters. A lot of your favorite Idols might be in this story. I'm gonna be putting a lot of effort to put as much characters as I can for you guys!

So without Further ado.. The sneak peek is right below this, might be, boring Author's note.. hehehe..

"Umm.. Dude! We got a B class coming right at us!" Eunhyuk exclaiming, "It's a big and fast one!"

"Huh? Where?" David turned toward his second in command.

"Lemme handle it!" David said as he made a run towards the rampaging monster.

Before any of his subordinates have time to argue, David was already 50 meters away from their current position. Having learned and trained for the last 6months as a new General, David's abilities has excelled exponentially. His speed, His strength, and not to mention his power have increased than they were six months ago. His once ignorant and disrespectful subordinates have started to see him no longer as a newbie, but as a leader.

"You want respect? Gain it! Show that you're worthy of it!" The words from Siwon, his mentor, kept on ringing in his ear like a music on replay.

In a matter of seconds, David stood in front of the creature's path. With no more fear or the need to piss his pants. For over the course of six months, he has met a lot of monsters from the class E to C, and he has managed to put each of those monsters to their eternal sleep of no return. Now he is about to face a class B creature that's at least 5feet feet taller than he is. Armed with claws that can shred you in a split second. Teeth that can make a Pride of Lions look like new born kittens. Red eyes that maybe X-Men's Cyclops can't compare with. A head that resembles both a bull and warthog, a sight you most likely hate to see for the second time cause it is that horrible. Rampaging at him with alarming speed on fours. Huge and bulky, but quick for its size, this could be one of David's most formidable opponent yet.

David smirked and ready himself as a creature approaches. "Hey Ugly! Let's Dance!"

As flames appear from his right hand, he summons his favorite twin blades of Fire. Ready for his first official B Class Monster kill.

Roaring at David's insult, the monster increases in its speed. In a split second, the monster's right under David's nose. Closing in, and it was about to run over David like a steam roller on asphalt. Just before the inevitable clash with the enraged bulldozer, David vanished into this air. He appeared ten meters just behind the monster, unscathed and unharmed while one of his twin blades oozes with the monster's pitch black and purply blood. The monster wailed in an skull spilitting roar of pain as one of its one of his frontal limbs came off, and making it losing its balance as it sprawled on the forest floor.

"This should be interesting!" David said as he sees the monster standing on two feet, and turning towards him.

With clear rage evident in its roar, the beast ramped towards the young man. "Let's get started," David said as he readies himself for another go with an enraged creature twice his size.

Heyyyaaa fellas! This is a new story, plot, and action!

Next Chapter →
Author's Thoughts
if I get 10 subscribers every update.. I would update faster :P
Read More →
Back to Top ↑
No comments yet
Back to Top ↑
Foreword
Promoted - Advertise