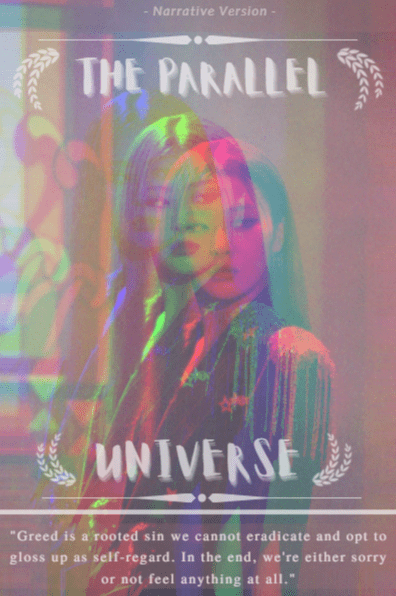 Due to an imbalance in both universes, Kang Seulgi finds herself in a strangely unfamiliar setting, which she believed was a consequence of wanting to disappear. She sets foot in a parallel universe where she encounters people she thought she'd never get to see again. Together, they endeavor to take a turn for the better as they discover friendship and love.

📌 This is a narrative sort of the visual fanfic I published on Fanplus. For those who have seen it already, I hope you'd appreciate this as much as the initial one. For those who haven't seen it yet, you can check on it right now. It's still published there. (Only if you're okay with spoilers, of course.)

📌Also, the ending of what had already been published to date is a cliffhanger. (It's a warning  ㅋㅋㅋ) You can read it after every chapter here or read it on Fanplus anyways. Just don't say I didn't warn you.

📌Compared to the visual version, this will be more detailed. So I hope you'd look forward to it!

Next Chapter →
Author's Thoughts
Hi guys! There are a lot of details in this chapter. I hope they're not too much to deal with. Haha! I also hope you guys like slowburn so you can enjoy this story at its best. ^^ (P.S. I write for fun, but I highly appreciate the upvotes and comments. They keep me going as I write:) Happy reading!
Read More →
Back to Top ↑
No comments yet
Back to Top ↑
Table of Contents
Foreword
Back to Top ↑
Community Promoted