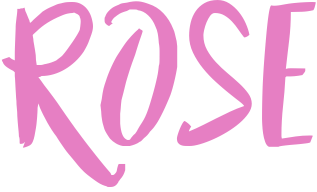 Hello everyone! I finally have some content I can update Rose with! (Sorry in advance for the lengthy update I really didn’t intend for it to be so long!)

First off, let’s start with Rose’s dorm arrangements. Though I am still working out the inner workings of Dal Media, I imagine the girls CEO to be a little more on the wealthy side and also care a little more about the girls than maybe some other companies (no shade). Therefore the girls have been split into two dorms across from each other. Floor plans usually help me to visualise better so I thought I would share those with you guys along with the room arrangements 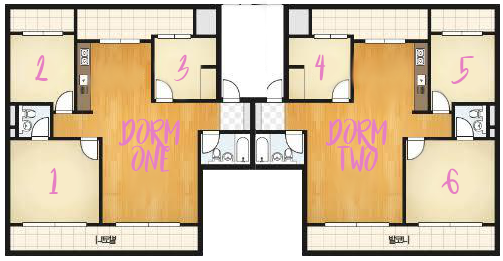 In dorm one we have Spencer, Yuna, and Junqi (Judy) in room 1, Nabi and Sabrina (Ria) in room 2, Aera (Sarang) and Saerom (Mia) in room 3. In dorm two we have Taeryung in room 4, Eun (Park Eun) and Moon in room 5, and Seong, Lixue (Snow), and Jangmi (Becca) in room 6. I tried my best not to split the girls by sub-units as the girls are a whole group and more than their just their units. After a while of debating and trying to figure out who would suit who best, this is the plan I came up with! I also made sure to stick one co-leader in each dorm which leads on to the next thing I would like to share…

Rose’s leaders! For Rose I decided to go with a co-leader system. One leader from each sub-unit who can lead the units when they are apart but who can work together as one to lead rose as a whole and those girls are Eun and Aera (Sarang)! Not only are they the two oldest but I also feel like they would be the most capable girls for the job and think they would be able to work together to lead Rose!

Moving on, let’s talk about Nabi since a handful of you guys mentioned you would like to know a little more about her. I have purposely left up the applicant page while I work on the member page for Rose so you guys can peek at the members selected for Rose and learn a little more about them if you like, but since Nabi isn’t there I thought I would share some information about her!

Nabi was a former Medialine trainee who was supposed to make her debut in 2012 in a group called Viva Girls with Nine Muses’ Kyungri, WJSN’s Seola & Exy, Hello Venus’ Lime, Stellar’s Hyoeun, Dal Shabet’s Woohee, and Soyumi. But her debut was ultimately cancelled due to financial issues within the company. After her debut fell through, she followed Seola and Exy to starship where she trained to be a part of their new group but was cut from the line up at the last minute.

Finally I would like to thank all of you who applied for Rose! I plan on using even the girls I didn’t choose as members of Rose in the story some how so keep an eye out for that! I am also currently working on a little chapter or teaser to post in the mean time so please keep an eye out for that! I am rather nervous as I have not seriously written something in a while so please do share you thoughts about that whenever that hits!

Hi again guys! Two updates in a day, I can't beleive. But I am here to update you guys with the members positions as well as a couple of other things. First off, the positions:

Most positions were kept the same with the exception of Nabi, Taeryung and Junqi. Nabi was originally supposed to be a lead vocalist but I felt like just two main vocalists for a group this large wasn't enough so Nabi was added to the main vocal line. Taeryung was also promoted to lead vocal as I felt like her talent twin fit the role better than just a vocalist. She was also made lead rapper rather than main as I felt Spencers twin was just the slightest bit better. As for Junqi, a new position wa made for based on a combo of twins from her prefered and backup plotline. Which leads to another thing I wanted to touch on real quick and that was some members I felt like were stronger than vocalists but not as strong as the lead vocalists. Those members would be Hanbyul and Junqi.

I hope this covers everything everyone wanted to know but if not, please let me know!

Hi guys, this is just a small quick update in regards to one of the chosen characters. I have noticed that the blog of Hanbyul no longer exists and that the comment with her submission on the turn in page also no longer exists. It has slipped my mind as to who created her but I feel as though they may have deleted their account. So, because of this, I have decided to omit Hanbyul from Rose. Without the application and with her creator semmingly MIA I feel as though I would not be able to write her too the best of my ability and because of this, I have decided to no longer include her in the story.

I am sorry to say that this will cause a delay in anything beind released as all the chaper notes, lyrics and just everything relating to the story will have to be reorganised and redone to an extent. I will begin working on smaller things that have already been released such as the dorm arrangement and positions before moving to work on other things. Thanks in advance for understanding and I'm sorry for the longer delay.

Hi everyone. Sorry for the lack in updates. The past two months have really been hectic for me as I have been struggling with my mental health as well as the loss of a cat that I had with me for sixteen years so it has been a little rough. I want to be as transparent as possible though and thats why I am letting you guys know that. But I didn't make this update to talk about sad things (that would be pretty y of me) so I come bearing gifts! I wanted to write little chapters to coincide with the releases of the pre-debut units but as that would delay them more, I thought I would just make a little update as a precursor to the units, so here it is!

I have divided the girls into three units. Sadly I couldn’t think of any good names for the units so if any of you guys have any suggestions, I would love to hear them! I decided since international fans seem to play a huge part in smaller groups gaining popularity that the girls would release three pre-deut songs in different languages. I will not be telling you guys the songs today as I would like them to be a surprise, but maybe I'll provide some hints. I may release the song titles if somone can guess what they are.

The first group I came up with was the English unit. This unit consists of Eun, Saerom, Moon, Spencer, and Jangmi! Saerom, Moon, Spencer, and Jangmi all speak English fluently and thats why they were deemed the best for this group. Sadly the same cannot be said for Eun who was tossed in the group (much to her dismay as she is horrible with English) to provide her vocal skills to the unit. A hint for this unit is that their song is an English release from a Korean group that was released on a Japanese album.

Next off we have... The Japanese unit! The main reason I decided to go with a Japanese unit for the second unit was because Japan seems to be one of the first countries that KPOP groups tend to branch off to. The members of this unit are Sarang, Nabi, Yuna, and Junqi! Yuna is Japanese and was previously an idol in Japan so of course she was deemed one of the best fits for this group. Out of the other three members, Sarang and Nabi can speak Japanese pretty well so they were also deemed good fits for the Japanese unit. As for Junqi, she was added to the group as she loves Japanese sub-culture so the company and Rose themselves thought that it would be good to add her into the Japanese unit to help her further her skills when it comes to Japanese. A hint for this unit is a B-side released by Yuna's previous group.

And for our final unit we have... The Korean unit! I mentioned internatinal fans before, but at the end of the day, Rose will mostly be promoting in Korea so it was decided that the final unit would be a Korean unit to hopefully draw in more attention from Korean fans as well. The members for this unit are Taeryung, Sabrina, Seong, and Lixue! All of the members in this unit are fluent in Korean so of course they were perfect fits for this unit. Sabrina was originally supposed to participate in the English unit but was made to switch places with Eun. The hint for this unit's song is a B-side from one of their vocal twin's groups.

Anyway, thank you all for still supporting Rose through the lack of updates. I truly appreciate it. Pease be on the lookout for Rose's pre-debut singles soon!

Hi guys! I just wanted to write this to update you guys on Rose so far. First of, the CC Lyrics. All the lyrics have been finalised and all thats left to do now is to code them which shouldn't take too long at all. I have also finished making the covers and decided on names for the mini-album and unit single albums so I thoght I would share them with you guys even if it gives it away a little. 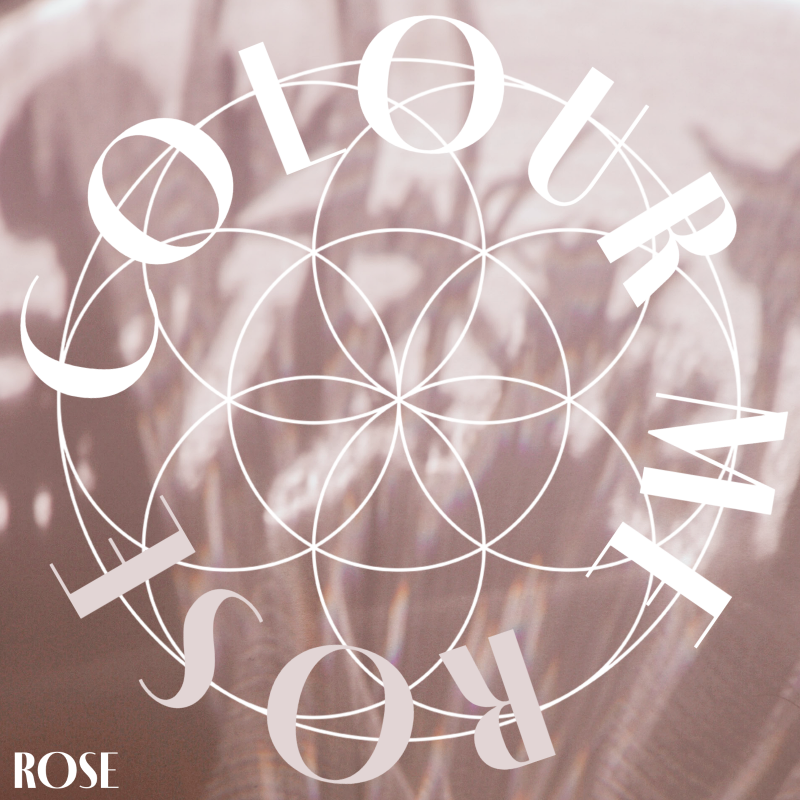 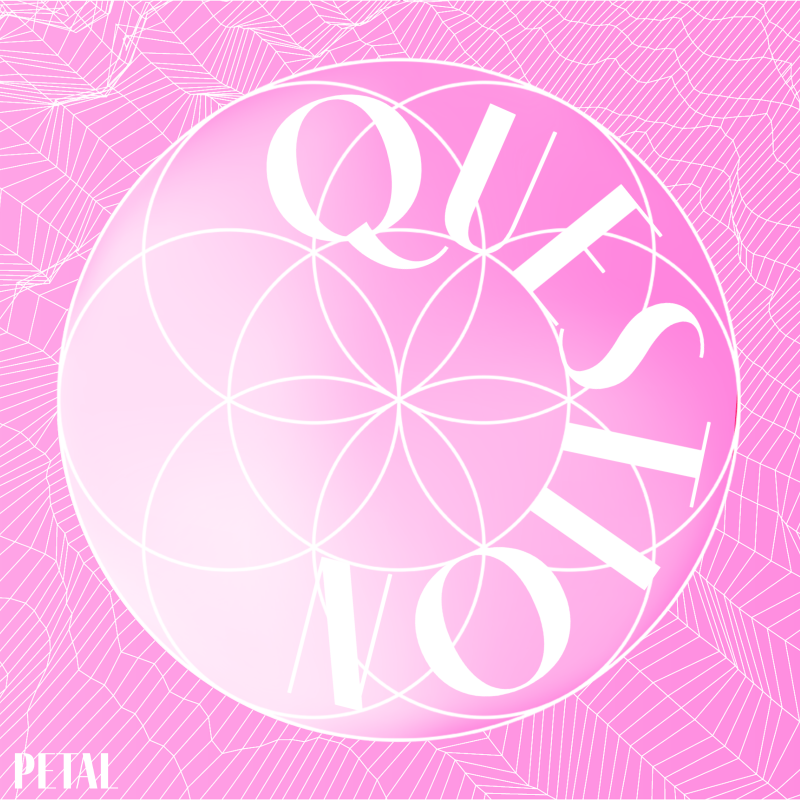 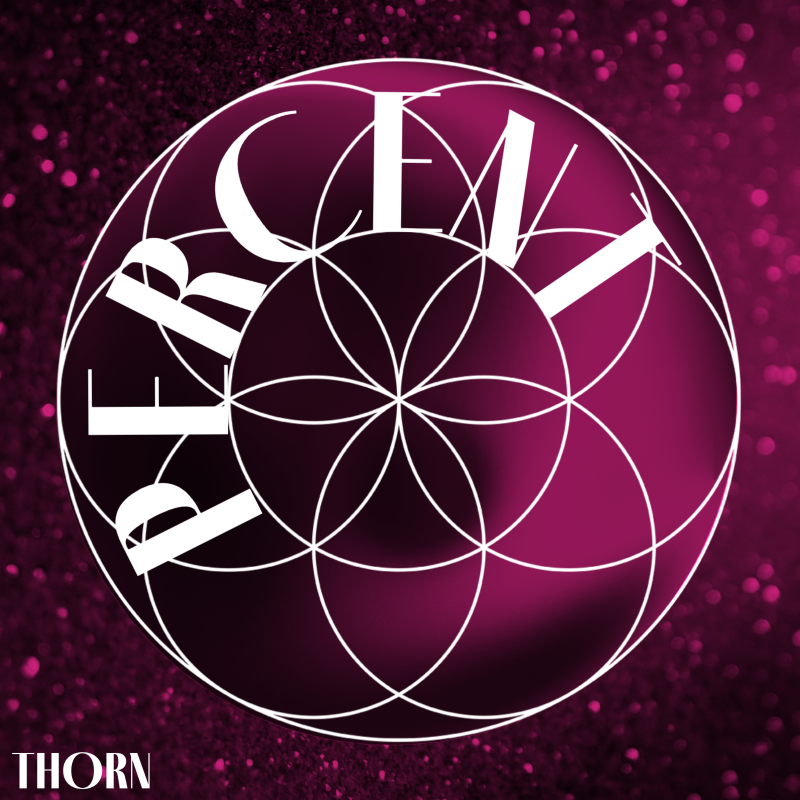 So first off, for the group as a whole we have Colour Me Rose. I was racking my brain for ages trying to think of a name for the whole group's mini album. I really wanted to include the word colour as all the memers have individual colours so that is how Colour Me Rose came about. As for Petal and Thorn's singles, I decided to go with words that have something to do with their title tracks as it just seemed like the easier thing to do, so their singles are called Question and Percent.

Moving on to the first chapter, I have finally found a direction I want to go with it and have made pages of notes for it so I will be working on getting that out as soon as I can after the lyrics. Thanks again for all your support and I hope you guys are getting more excited for Rose like I am!

Like this story? Give it an Upvote!
Thank you!
← Previous Chapter Next Chapter →
Author's Thoughts
Sorry for the delay in the first chapter! I am waiting for the apply for twilight to close as some of the members will feature in the chapter, I just need to know who will be in it first.
Read More →
Back to Top ↑
No comments yet
Back to Top ↑
Foreword
>> Collapse chapters <<
Promoted - Advertise