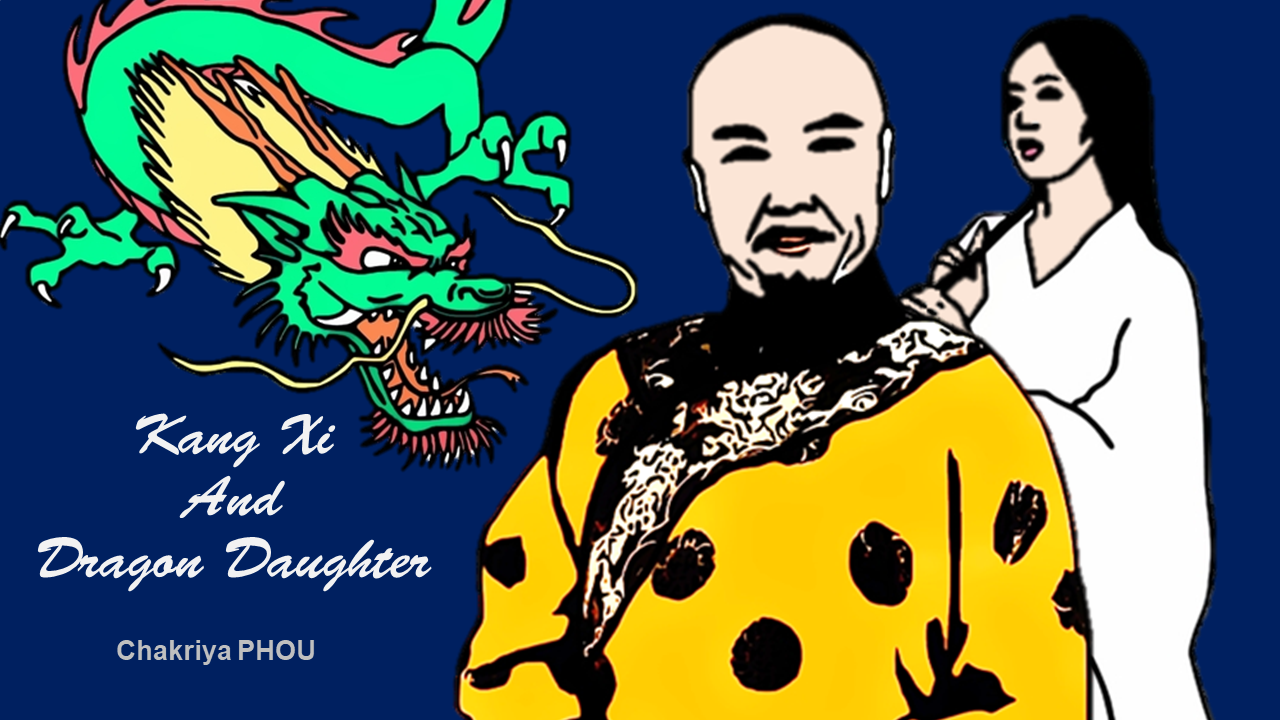 When Kangxi, emperor of Qing goes to hunt, he sees a girl who is the youngest daughter of the king of dragons.

Kangxi asks her from the king of dragons to be his woman.

The king of dragon says he will agree if Kangxi promises him three points and Kangxi gives his promise.

When Kangxi brings the girl into the palace, he does not allow anyone to know about her and tries to protect her, but one of his young consort is jealous and harms the girl.

The king of dragons is angry then he floods the empire.

In order to save people and the country, Kangxi has to go to meet with the king of dragons alone.

It is just a fantasy story that I imagined.

Sorry if it is wrong to the culture or custom of China.

May I declare this is a work of fiction. All the names, characters, businesses, places, events and incidents in this book are products of the author’s imagination or used in a fictitious manner. Any resemblance to actual persons, living or dead, or actual events is purely coincidental.

Beyond the horizon and much further behind