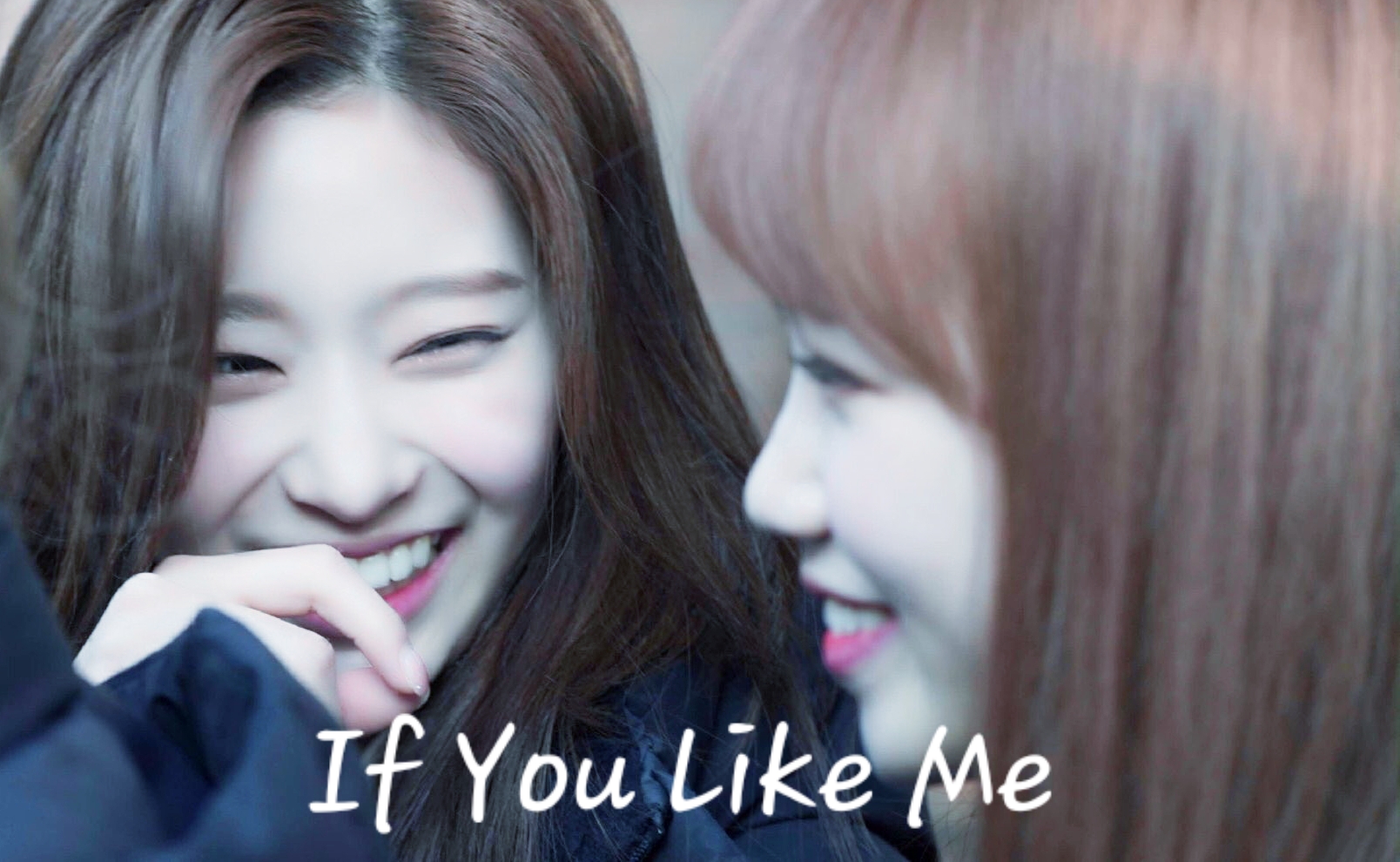 Where Minjoo was caught staring at Chaewon like she's so in love with the latter, but she denied by using Yujin as her shield. Honestly, which one is the truth though?

I wrote this story on my draft for a while, soon after I was done with Love Four Ways, but recent Christmas party video just motivated me to finish this one shot. Enjoy reading this 2kims/ot12 one shot as much as I enjoyed writing it!

When Chaewon asked the question out of the blue, Minjoo became a panicked gay and stuttered.

She blinked and Chaewon was smiling at her mischievously. Her face said “You’re busted!” but Minjoo didn’t want to admit it yet.

She was in strong in denial but Chaewon didn’t look like she was convinced.

“I-I l-like Yujin!” she declared, half shouted so she looked like she was confident.

The red haired blinked, staring at Minjoo as the younger girl came up with more words or excuses that she didn’t know how much of them were true.

She tried to shrug it off and turned around, but didn’t go on.

“But you’re aware that Wonyoung likes Yujin too, right?”

Minjoo became lost of words. Chaewon smiled slightly and patted her shoulder a little before walking away.

Next Chapter →
Author's Thoughts
Get your annyeongz/jinjoo/chaetomi/chaemoe/kwonchaeng/bisae crumbs in here!
Read More →
Back to Top ↑
No comments yet
Back to Top ↑
Foreword
Promoted - Advertise