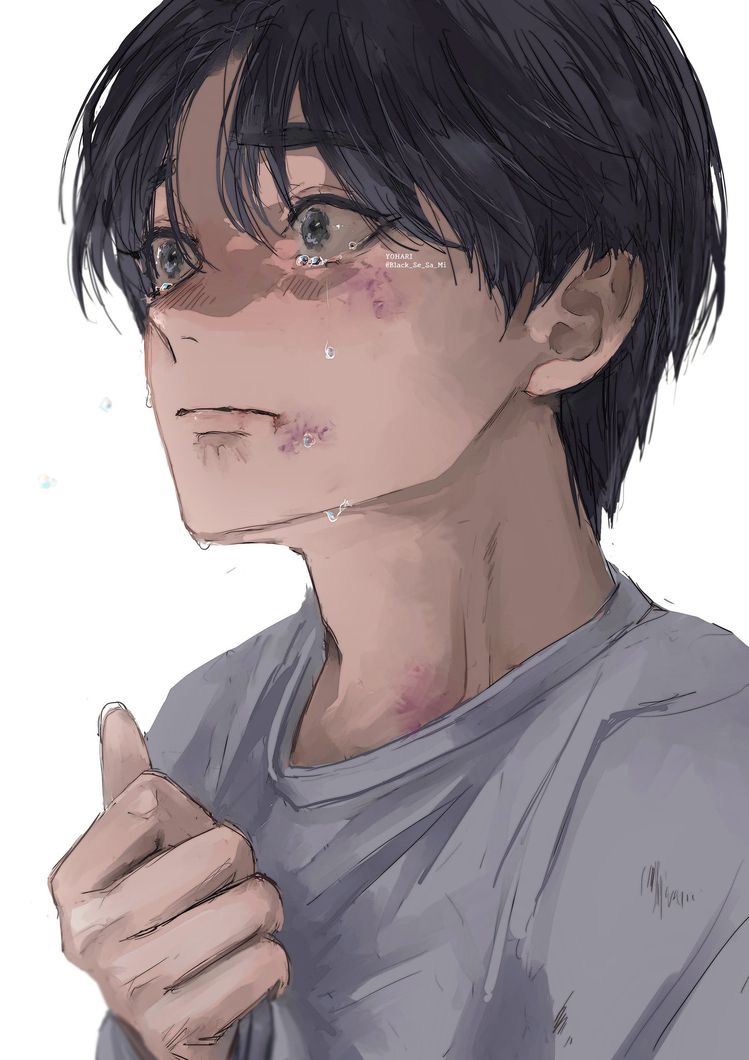 The boy was calling his father although he was alone in the room with a stranger guy.

" Shut up kid, I don't know why the hell you are here in jail but calling your dad won't get you out of this room ." The guy said while laying on his bed, Jeonghan looked at the guy before he smile weakly, and pulled his knee to his chest.

" J-Jeonghan-Jeonghan wanna go back h-ho-home ." He's stuttering so much and he hardly speaks, the man close to him can feel and tell how much this kid's Ill mentally, he was very weak.

" We all want to go home ." He sighed, turned around to sleep, and left the lad sitting on the other bed as he trembled and cry silently.

During lunchtime, he was standing in the line to get food, in front of him were tough strong men, and behind him too. He was scared and very nervous.

The guy behind smirked.

" Hey kid, mind if I took your meal today ?! It's too ing little, I don't get full from just a small meal ." He whispered as he smirks, Jeonghan shivering in fear, when the man took his meal, he followed him and got just an apple, sat close trembling and his eyes teary but was never strong to take what is his, saw the man eating his meal away and he cried silently.

An apple wasn't enough for him anyway who starve the whole day as he eat it all and laid down crying himself to sleep.

During work hours, men are working while the weak lad working hard and sweating as he carries heavy things from here to there in this sunny hot weather.

He is without much energy since he only eats an apple today.

Saw the guy who share a room with him and he smiled innocently but the man ignored him and kept working.

He sat panting and hardly staying awake after working so hard, curled alone in a corner as he trembled.

" Why the are you resting ty head ?! Gets up ." A man yelled out as he pulled Jeonghan up and kicked him, the poor boy kept working as he trembled and hardly breathed.

Inside the shower, he was scared as after washing up well, Jeonghan can see a bunch of guys glancing at him and he hide behind his roommate, he noticed the men's glances at the white pretty weak lad.

Was strong and young, and most of the guys fear him that's why Jeonghan felt protected by his side, back inside the room, his roommate was wrapping a bandage around his fist while looking at Jeonghan lying down and facing him.

" J-Jeonghan hu-hungry ."
He sniffled, feeling weaker than usual and as he was like this, the male on