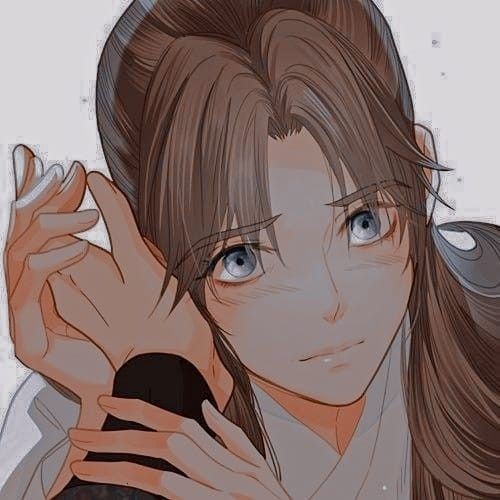 The emperor came back to see the maids looking around for someone, fears obvious in their expression when they saw him.

The maid who stayed with jeonghan kneeled down broken, sobbed out there " I'm sorry my lord, I just kept my sight away and he was gone, I searched for him all around but he isn't anywhere around the mansion."

Held his temper to not kill the woman.

The maid replied while crying mess, worried about master and afraid of the lord so much cause he's totally different person when he's mad.

Seungcheol went outdoor, get on his horse.

He searched all around, but his beautiful pure angel isn't near, he was worried sick,kept calling on the lad but nothing, went to the center of the village, where there's many people shopping and selling around.

People bowed as they saw the rare sight of the emperor, " M-my lord, do you need something?!." an old man asked seeing the man looking concerned.

" Did you see some suspicious people coming in this area?!".

The man thought there and he remembered.

" Yes my lord, around afternoon period, there was that violent wind tripe again, they holds hatred against you my lord so be carefu--."the man didn't finish his words when he saw the lords going away.

Knew exactly where that tripe hides.

Meanwhile in abounded scary area, in dessert, there was a cave belong to this tripe and poor beauty trembling as he's tied up against the wall.

" I don't hold anything towards you but I will kill you right in front of the lord, cause that man deserves to be broken." a male said out with smirk, was doing something with drinks and jeonghan shook his head, crying mess.

The guy were doing the poison and once it's ready, he held jeonghan's chin.

Jeonghan refused, struggled but he drank half of the poison and the get slapped hard when the poison dropped because of his struggling.

" I wanna see his eyes when he sees you dying slowly in front of him."

They released the lad while he's becoming pale slowly, fell on floor unable to stand up, kept crying.

When he was fighting against his consciousness, jeonghan managed to see the lord entering with his swords, could see them all getting killed by the furious mad man and the leader who feed him the posion were trying his best to kill the emperor but seungcheol's much stronger having to be one of the strongest man in battlefield.

He killed the last man and picked up his wife, and the lad held onto him while panting and his face start to look very pale.

"Jeonghan what did they do to you?!".