히토미 🍑 (hitomi)
Minjoo~~
are you busy now?
nope!
you have my full attention:D
are you sure?
well
I'm actually watching something with chaewon-unnie
but it's okay if it's you
you have my full attention, my love
😳
Minjoo...
what? it's true ㅋㅋㅋ
it's not good to tease me like that...
my heart might not make it><
ㅋㅋㅋ
cute
anyway, what's up?
I just made a 'new' discovery
oh?
I'm still growing
I think
of course you are
you only stopped growing because you think so, after all
you can still grow and improve as a person as long as you live
er...
I'm actually talking about literal growing here
I think
I'm getting taller
believe me or not
what???
taller???
yeah...
I don't believe you
I mean if you're yujin or wonyoung sure
they're still growing age
but we're already 20
so you don't believe me...
it's just not possible
are you calling me a liar?
what? no?
but are you SURE you're not imagining things?
look,
I GREW 1 cm
(x) doubt
I'm serious!
I can show you if you don't believe me
yeah sure
are you going to prove it?
[unread] hii-chan? hello?
[unread] please don't leave me on read it's scary 😭😭😭
[unread] why are you ghosting me now...
[unread] hiitomiii:(((((

Setting her phone down, Minjoo immediately rises from the comfort of her bed, surprising Chaewon who is a watching a k-drama beside her.

The older Kim an eyebrow up, pausing the movie to observe what the younger is doing rummaging her things and looking all depressed like that so suddenly.

“You good?” She finally asks, unable to contain her curiosity anymore.

Minjoo momentarily pauses on what she is doing, turning around to give Chaewon a grimace.

“I ed up,” she softly says with a very pitiful pout and overall pitiful expression. “I have sinned by angering Hitomi.”

“Isn’t it a daily occurrence?” Chaewon wonders loudly. “But nevermind that. What did you do?”

Chaewon throws her laptop off her lap.

“Hear me out!” Minjoo desperately cries out before Chaewon can go super-saiyan mode and tells her on Eunbi. She flinches when Chaewon glares at her murderously with her arms crossed on her chest.

“I was doubtful, okay! I mean, I think you’ll react the same if Hitomi told you that thing!”

“But is it necessary to insult her like that?” Chaewon snaps. “Now I really think it’s a mistake on letting you date my Hitoma.”

“I didn’t really insult her!” says Minjoo defensively. “I just said that that is very impossible to happen now and she took it negatively!”

Chaewon isn’t someone who is easily amused, though. “Just what is it, Minjoo?”

“She said she’s getting taller.”

smol (nako)
yabuki nako
na bukhee
nabuki yako
yasusi
midget of japan
God Jihyo's greatest worshipper
i summon thee
if you're not replying in 5 minutes i will personally raid your mintchoco stock and give it all to chaewon unnie
you toady HEAD
FIRST OF ALL WHO IS YASUSI
SECOND OF ALL I WAS PLAYING PUBG
i dont know
i dont care
yala
yALA
WE WERE SO CLOSE ON WINNING
so sorry
no you aint
true
but listen
is hii with you?
with me? no
in kkura unnie's room? no
dorm? most probably
can you check if she's still there?
i seem to remember she planned to go out but never specified when
why don't you go over here and check yourself ❤️
oh come on!
look, we're on PUBG agenda today
defying hyewon unnie's order means eternal suffering
plus, i'm in my most comfortable position so fok off
you are a petty, tiny, vertically challenged hobbit
aren't you sick of eating that toothpaste tasting ice cream
now this is just ad hominem
lalala
jizm covered croaking amphibian
WHAT THE
YOU TAKE THAT BACK
you started first ¯\_(ツ)_/¯
btw tell ssamu unnie to go pubg now or get her here
yena unnie ditched on us
why dont you go over here and tell her yourself ❤️
so this is how you play huh
SO THIS IS HOW YOU PLAY
i'm telling hiichan it's you who cracked her wifi password
you wouldn't dare
oh try me
do you want to risk it?
dishonorable midget
stay pressed
so are you going to tell ssamu unnie or not?
I'VE TOLD HER damn it
now, that isn't so hard is it?
you
now check on hitomi
nope❤️

Chaewon only briefly looks up from her phone. "As if that surprised you."

Minjoo raises an eyebrow, sneering. "Nako? Of course not. She's the same species as you, after all."

The older Kim eyes her severely, but says nothing regarding the insult. "Try Yuri. Fingers-crossed she's up." 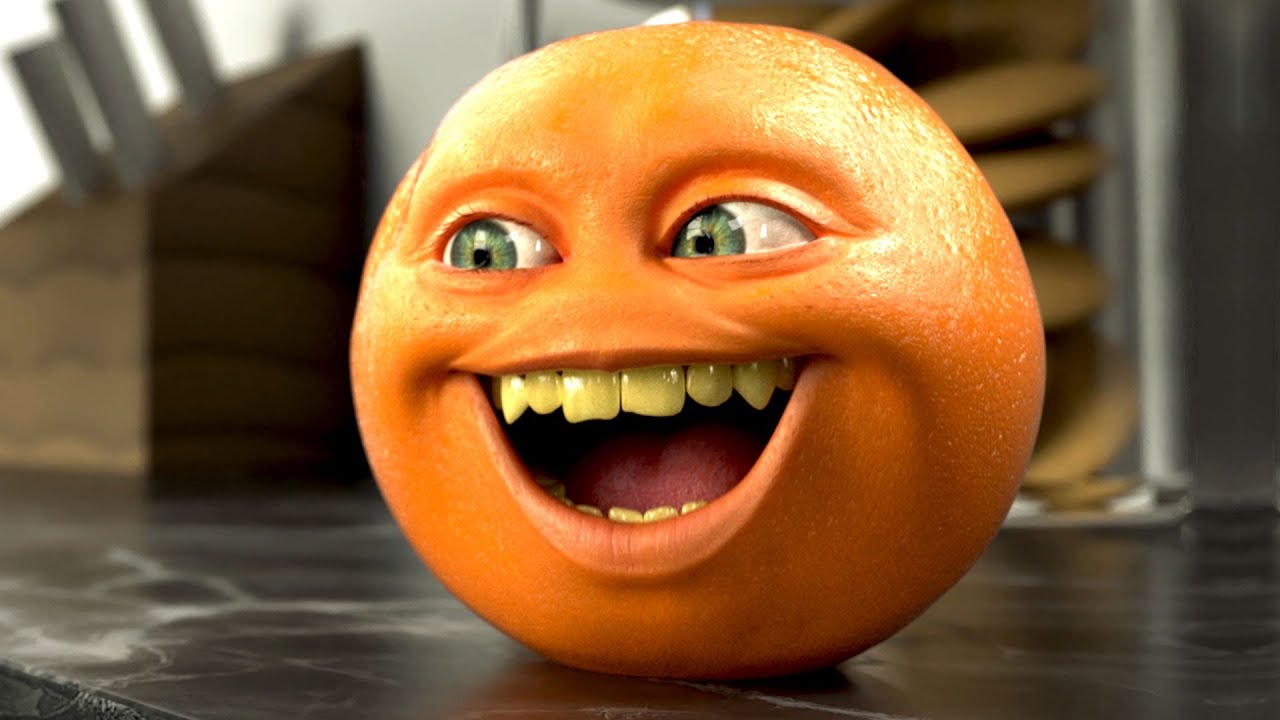 “I simply don’t think it’s necessary,” replies the older with an annoying cheeky grin. “Besides, it’s you who pissed Hitomi off and you’re not me and I’m not you. So you go there, beg on your knees, and just pray to the Heavens she will forgive you before she unleash her inner Nako.”

Chaewon snorts. Minjoo narrows her eyes. “Do you know how much anger that little body has?”

Kim Chaewon is a hypocrite and Minjoo stands by it.

But Minjoo is a big girl. She won’t get baited by this brazen 21 years old's teasing, so she focuses on her phone to order something before opening Yuri’s latest message.

“Yuri thinks Hii is still in the dorm,” she reported and immediately jumps to her feet. “I’ll better wait outside for my order.”

Minjoo sneers at her as she turns. “No promises." But she secretly hopes Chaewon will be on her feet in instant and actually give her some emotional support by going with here to the other dorm.

But it's CHAEWON. What is she expecting?

Chaewon only shrugs her shoulders and goes back to her PUBG nonchalantly. “Actually nevermind. What will she do? Stare me to death with that cute face? The most she can do is probably kick my knees.”

“Go with me.” Minjoo doesn’t want to be an apology courier, though.

“And face her full wrath? No thanks, I’ll sacrifice you first.”

Chaewon is such a privileged and annoying hypocrite, Minjoo thinks. She downright laughed! And had the audacity to say as if Minjoo had committed the biggest sin mankind ever witnessed!

Well, who laughed, exactly?! And who said all those mockery?! Certainly not Minjoo, unless she suddenly has a clone that didn’t look like her and named her Kim Chaewon! Last time she checked, Kim Chaewon is a woman of her own!

But do you know what’s the most infuriating thing is? Minjoo knows Hitomi just won’t do anything against Chaewon! To Minjoo and the others, Hitomi can be very scary when she wanted to be but to Chaewon?

She’s sure even if Chaewon burned Hitomi’s hair, the most she would do was glare at her and ignore her for the entire week. If Chaewon did bad enough, then maybe Hitomi would kick her shin.

Her creativity to punish everyone but Chaewon always astound everyone. It is a favoritism Chaewon fully realizes (and takes advantage every moment possible). Hitomi always vehemently denies that idea, though everyone can see it clearly through her actions.

Nevertheless, at the end of the day, it’s Minjoo who pissed Hitomi off and thus it’s her who has to apologize to Hitomi. Minjoo isn’t sure how will she ask for forgiveness. She thinks she have committed a great offense and thus simply begging on her knees for it just won’t suffice.

Will a bread do? She has just ordered a creambun from her favorite bakery as a peace offering... but will it suffice?

She hopes Nako hasn't influenced her lovely peach enough and Hitomi will not give her some questionable favors just so she can earn her forgiveness.

Minjoo punches the numbers down, nervousness oozing off her as she pushes the unlocked door open. She is greeted by empty living room and faint screaming and game sounds coming from Sakura’s room. Judging from the screams, Minjoo knows Sakura is playing multiplayer with Nako and Hyewon inside.

She can faintly hear Chaewon’s voice coming out from a voice call, but it’s mostly Sakura screaming and barking commands.

Shrugging off the sounds, Minjoo walks forward until she reaches Hitomi’s room. Suspiciously very silent, but she can see lights coming from the room. That only means Hitomi is inside and not taking a nap.

She heaves a deep breath, then pushes the door handle down until the door is opened.

“Hitomi?” She calls out, peering in carefully.

Hitomi tilts her head up. She is on the floor, cross-legged over her pink-cream colored carpet. She looks a bit surprised rather than peeved seeing Minjoo here in her room.

“Why are you here?” The Japanese female questions immediately, unintentionally sounding harsher than she intends.

Hitomi feels guilty seeing hurt on Minjoo’s expression. “I don’t mean to kick you out! I’m just… asking why are you here? I—I mean, aren’t you and Chaewon unnie watching some movies right now?”

“K-dramas,” Minjoo corrects her. She immediately takes a seat next to Hitomi, still eyeing the younger girl with a very sad expression. She shows Hitomi a paper bag that smells suspiciously like it comes from her favorite bakery down the street. “Chaewon unnie kicked me out until I’ve earned your forgiveness. And—And I got some bread?”

Hitomi’s eyebrows rise up to heights, but she doesn’t shy away when Minjoo takes out her beloved cream bun and practically shoved it to her hand. A peace offering, but Nako likes to call it a bribery more.

“Forgiveness?” Minjoo nods. “For what?”

“I’ve insulted you by not believing you,” sulks Minjoo, still with the same expression. She makes a sound similar to a puppy whining as she lightly rubs her cheek to Hitomi’s temple. “I’m so sorry. I shouldn’t have doubted you,” apologizes Minjoo, now fully leaning her head to Hitomi.

Yujin’s puppy-like tendencies must have rubbed on to Minjoo, Hitomi muses.

Hitomi unexpectedly rubs her head, giggling a little as she lands a very sweet but quick peck on Minjoo’s forehead. “Is this about me growing taller?”

“Yes…” admits Minjoo. She doesn’t look as sad as before, but she still looks guilty. “I have a hard time believing it, you know.”

“That goes to both of us,” Hitomi chuckles, moving her hand from Minjoo’s head to her cheek. “But don’t worry, I’m not mad.”

Minjoo’s cheeks only ballooned. “Then don’t leave me on read and ghost me afterwards, Hii-chan…”

“I’m sorry, but my phone died.” She points at her phone on top of the table, turned off and charging. “Ah! in case you still don’t believe me… come on! I’ll show you!”

Hitomi pulls Minjoo to stand, then drags her in front of an empty wall space Minjoo remembers Hitomi used to place some sort of slogan there. The said slogan is on top of her bed right now, so she thinks Hitomi will hang it again later.

“Look!” Hitomi points at a black strip. “This mark is my height when we first moved here,” she points at another black strip, perhaps a centimeter higher than the previous mark. “And this is today.”

Minjoo’s sad expression immediately disappears, replaced by that of disbelief.

Hitomi nods, obediently leans to the wall while she eyes Minjoo expectantly.

Minjoo wasted no time on checking Hitomi’s new height, and immediately falls back in shock.

“I guess I am getting taller~”