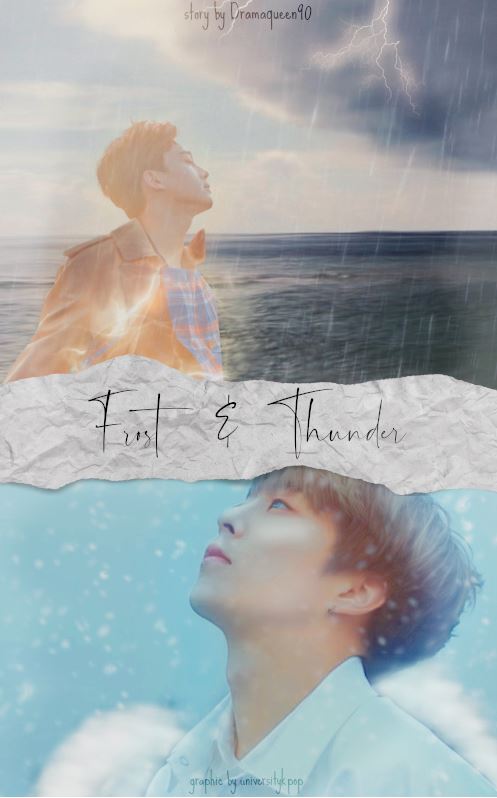 It's too loud. Too much lightning all of sudden.

Mostly he is calm, understanding and friendly.

And angry too - why have the thunderstorm to be now? Why couldn't it wait until tomorrow?

Baekhyun his best friend since forever. Baekhyun who is Light.

Beautiful warm light. Light who calms him down.

Xiumin doesn't understand why, but Light as a Power is so so much better than his own.

Okay addmitely, he never gets cold. Not in the hardest winter. If he would want it, he could go in shorts without everything else.

Not that he would do it. Of course not.

Xiumin really likes them. Maybe they're one of the best things of his power.

But now he's the only one in his room. On his bed.

And yes, call it clichee but he is under is blanket. And he doesn't want to see anythin.

Doesn't want to HEAR anything.

But how could you ignore a thunderstorm and thunder?

"Tomorrow morning it's over, just try to sleep", he mutters.

As if he could.

It's too cold. A lot too much cold. Too much frozen.

And it didn't has snow yet.

Why did he yesterday suggest to buy breakfast? He must be drunk.

Okay, addmitly - he was truely drunk.

But since he was together with friends he didn't want the party pooper.

That's not him. He's cheerful and bright.

Sharp like lightning. But friendly and understanding too everyone.

And gods, did Jongdae mention this beautiful smile?

Suddenly there isn't any cold what he feels.

Jongdae never has seen this before.

The night has passed. And Xiumin survived the thunderstorm.

As everytime before. And he knew it of course.

But it's really hard to think properly if your full of fear.

So, for celebrate that he still lives. He want to buy breakfast.

And so he did go to the usual bakery in his street.

And there he saw the most beautiful men ever.

"Good Morning", he said to Xiumin.

But it's not important.<

Please Subscribe to read the full chapter
Like this story? Give it an Upvote!
Thank you!
Next Chapter →
Back to Top ↑
No comments yet
Back to Top ↑
Table of Contents
Foreword
Back to Top ↑
Community Promoted