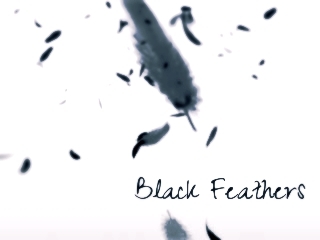 What happens when black feathers start appearing at a high school after a specific test is conducted during a field trip? Who is the owner of the black feathers, and will they be able to be saved? Later chapters may be rated M for angst, emotional scenarios, and the normal boy on boy love.

After a series of bullying caused some students to nearly break down, JiKwan High School staff has decided to conduct a test during a field trip to determine if some students could be depressed enough to try to attempt suicide.

The test is simple; there are three differently colored feathers. Each has a specific release trigger.

Those who release the white feathers are people who are content with their lives, while red feathers are for those who wish they had more or are angry with what they lack.
Those who have black feathers released... are considered to be those who are bullied to the point where they hate their life, and are imaging that there is no net below to catch them.

Those with black feathers... are considered suicidal.

There we three with black feathers.

JiKwan High School had one of them.