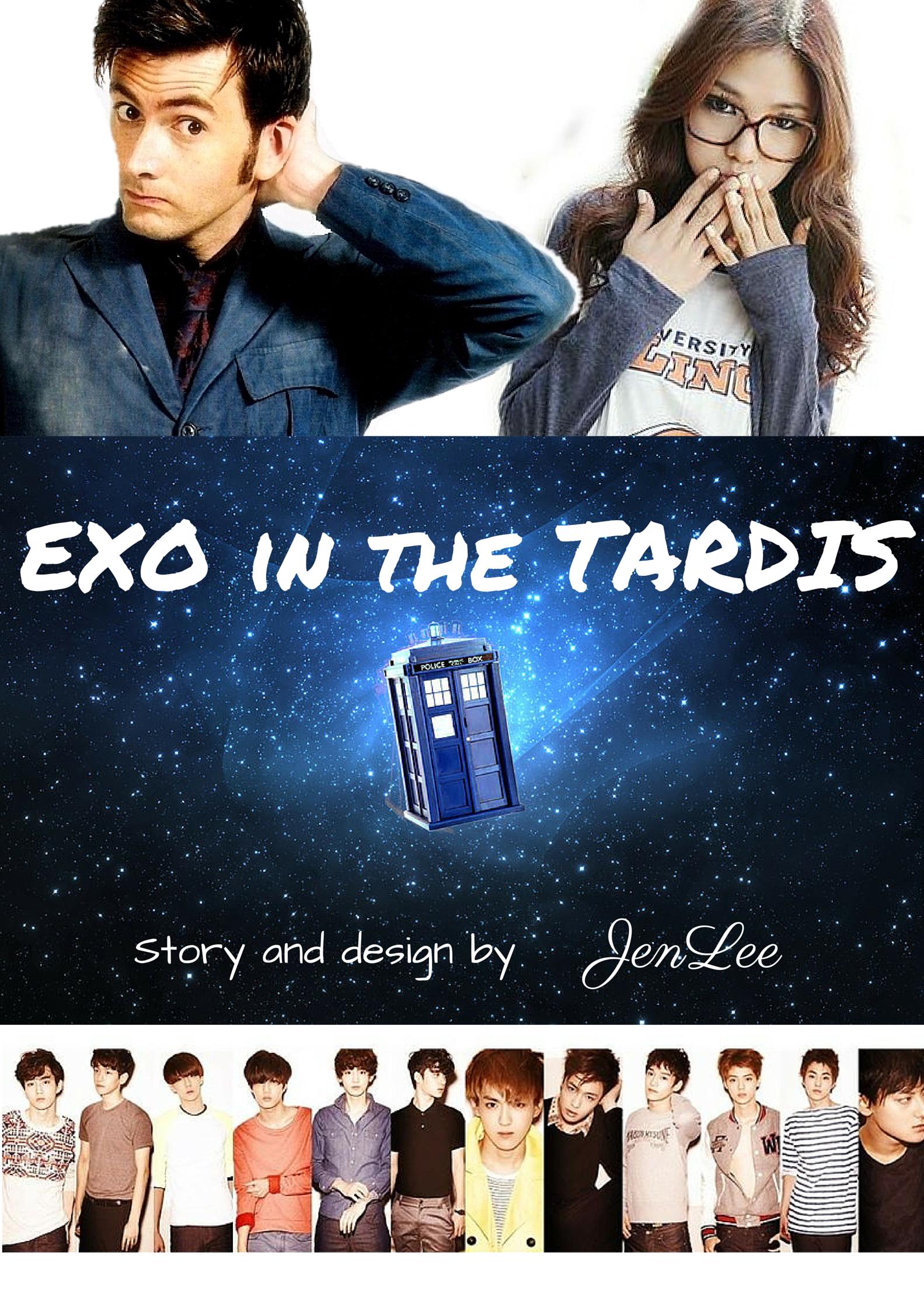 "What?" the man in the blue box asked again, stepping out, followed by the girl.

"You're the Doctor!" D.O. stared at him with those owl like eyes.

“Who?” Luhan and Sehun asked at the same time.

“The Doctor!” D.O wriggled his hands like an excited chicken.

“Doctor Who?” Chen asked, staring around at everyone, getting judging looks from Kris, D.O and Kai.

“What?” Chen asked, still confused, before understanding lit his face, “Oh. Oh! OH! Doctor Who! He’s Doctor Who! Wait, what?”

“You dunce!” D.O scowled at him, “He’s the Doctor! The show is called Doctor Who!”

"I know that." Chen scowled back, "The question is what in the whole wide world is he doing here?"

“No no no! This is not right!” the stranger squeaked out in a high pitched voice, “How? How do they all know me? No one knows me!”

"Yeah, you do that a lot on T.V." Kai gawked at the strange like an idiot.

"That's the second time I'm hearing about me being on telelvision." the man muttered, looking at the girl, who just shrugged, "It is rather flattering, but highly impossible."

"Doctor," the girl muttered, now ogling at the boys, "Why are we in EXO's practice studio?"

"What I don't get is how they're speaking such fluent Korean." Chanyeol looked at them stupidly, “They don’t look Korean to me!”

"It's the TARDIS! It's translating whatever we say into English for them and whatever they say into Korean for us!" D.O. chanted out, like he was reading from a text book.

"Because I know all about you!" D.O said, looking up at him with God-like adoration, before conveniently passing out.

"So," Kris mumbled hesitantly, finding his voice, "Mr. Tennant? What is this?"

"He's talking to you." the girl, nudged the man quietly, who seemed to be surveying his surroundings, oblivious to what Kris was saying.

"Me?" he said, turning to Kris, bewildered.

"Yes, Mr. Tennant." Kris nodded, still in awe at being able to talk to him.

"Yeah. Right." Kris deadpanned, looking to the girl for some explanation. She sighed and drew in a long breath. Then she exhaled and started talking.

"I'm Jennifer. I'm from London, U.K." she introduced herself, "And this man apparently is the Doctor. And no, he's not David Tennant gone crazy. He has no idea there's a television series called Doctor Who. The T.A.R.D.I.S. is 100 percent real. He turned up in my house in the wee hours of the morning and claimed that he had taken a wrong turn on the highway. Then he offered me a ride in the TARDIS. Yeah, that's about it."

There was a pregnant pause.