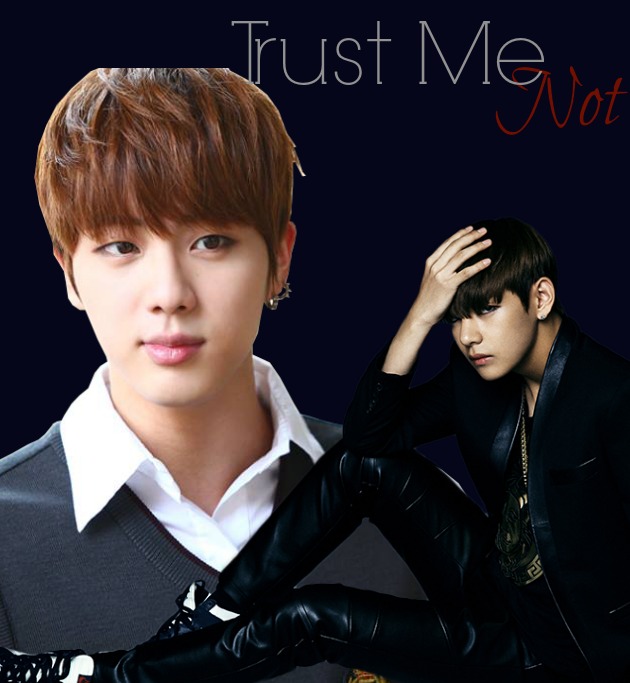 What is needed most in a relationship? Trust and faith in one another. Kim Seokjin and Kim Taehyung's relationship was like a fairytale. Seokjin had found his Prince Charming and Taehyung had found someone to take care of. However, Taehyung had been hiding something from his precious lover. After months of struggling with how to confess, Taehyung finally lets his secret slip. A secret that should have been revealed long ago.

"I'll love you forever, you know that, right?" Taehyung held the older male in his arms as they cuddled on the couch.
"You say that all the time, of course I know. You never let me forget!" Seokjin let out an amused chuckle as he turned his head, capturing Taehyung's lips with his.
"I say it because I mean it."
"Forever is a long time, Kim Taehyung." Seokjin didn't allow his lover to continue their fluffy moment as he broke away from his hold and went running into the other room. "If you'll love me forever, come and show me!"
Although Taehyung was more than happy to chase after the man he really did love, he couldn't help but feel something tug at the back of his mind. There was something he was hiding from Seokjin. The supernatural world existed. All of it. For years Taehyung had been dragged along with it, but he didn't know if his partner would be okay with joining him. Or even if he would be okay with it.
With a heavy sigh, he followed Seokjin into the other room. It was now or never.

A/N: I haven't written in third person in quite some time. Please forgive my terrible writing. The idea popped up whilst catching up with my long list of supernatural television shows. So, enjoy?

Edited A/N: It took almost an entire year to update, but I've been busy. I finished high school and I started university. I still have to work on finishing "A Wolf's Cry" which I do plan on continuing. If you've subbed before I wrote, please let me know if it was worth the wait. Also, if you're a new reader let me know your thoughts as well! Constructive criticism is welcome too! ♥