***Sorry for being possessive but please understand that All Rights to this story is Reserved to me only. Please do not copy on any form without my permission. 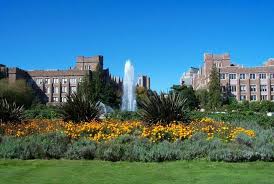 Sun Life University is the most famous University in Korea. It is known for being the best school that produces the best talents in the country. But not everyone can enter Sun Life. Sun Life is a very expensive University. You can only enter through one of 2 ways. It’s either you are coming from a very wealthy family or you are a scholar who is just superbly intelligent or excellent in your field. For scholars, it’s not easy staying in the University. Out of 10,000 examinees, only 500 would pass and would be eligible to enroll.  From around 500 freshmen scholars, only 50 normally makes it to the graduation.  This is how strict Sun Life is and so people look up to its graduates.

Sun Life University has a club which is famous all around Korea. The Organization is called “WW Club”. This club is composed of 5 individuals who are known to be the most excellent students of Sun Life since its establishment 60 years ago. They are famous and are more like celebrities. They represent Sun Life and are the face of the University. These 5 individuals are coming from wealthy families but whose excellence is on top of everyone else. They are Sun Life’s lifeblood. Without them, Sun Life will not be as famous as it is now.

Sulli Choi just received her scholarship to Sun Life after all the years of preparation. Her family is so happy that she made it to the school. Although Sulli personally liked to study elsewhere, she wanted to honor her parents and did her best to get in Sun Life. She chose to be a Finance major student in order to land a job in a big company in the future.  All things are set and she made a commitment to herself that she’ll make it to graduation. But what if her drive for excellence brings insult to the most famous students of Sun Life? What if WW club blocks her way?

WW Club is not just an ordinary school organization. All  the members of the club has been friends since childhood. And many people would wonder how such a group of geniuses ended up as friends?! For WW club, reputation, integrity and excellence are the main drivers for success. They will never allow anyone to trample their name. If anyone tries to, they’ll crush him...or her!

This is the world ruled by Lee JongHyun, Suzy, Hara, Krystal and their leader Choi Minho. 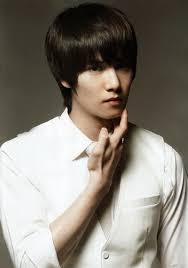 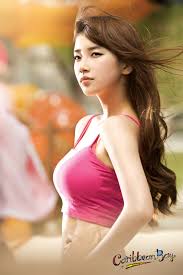 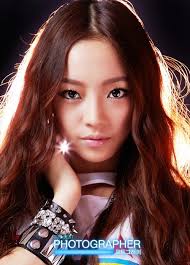 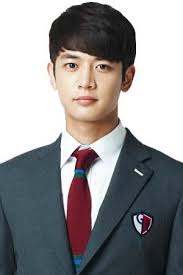 ***Photos in this story are not mine. These are just grabbed from google search. If you think this came from another site, you can give me the link so that I can give credit or change the photo if necessary. Proper nouns below are made up.

Choi Sulli is gearing up for the day. For the past years in highschool, everything was in preparation for this day. Finally, it has come!

Sulli looked for her glasses. It almost fell on the floor but she was able to catch it. Her eyesight is really not good without her glasses. Sulli combed her hair, but as usual, it has a life of its own and can’t be tamed. She looked at the uniform hanging by her window. Ahh…she will finally wear this uniform. She’s not excited about it, but this will be the symbol of everything she worked hard for and so she feels really fulfilled to finally be able to wear it.

“You have to eat a lot. Your schedule seems to be full” said Liza

“Woah…Mom, why did you cook so much?” said Sulli surprised at the bunch of food Liza cooked for her breakfast.

Her Mom normally does not cook this much. But today is different, she really put a lot of effort on this breakfast.

“This is your first day at Sun Life! Everyone is so excited. I even called your grandmother and she’s also so excited for you! They said it’s going to be hard from day 1 until graduation. And so I will try to cook for your breakfast every day.” Said Liza

Sulli can see the happiness in her mother’s eyes. Liza has been dreaming for Sulli to enter Sun Life since Sulli’s childhood.

“Dad, I cooked for Sulli because it’s her first day at SunLife!” Liza proudly said.

“Stop it, Mom, Dad! You are making a big deal out of it. It’s making me nervous.” Said Sulli

“Let me bring you to school later OK?” said Fred

“I can take the train, Dad.” Said Sulli

“But it’s raining, what if mud gets splashed on your uniform? It’s new and it’s SunLife’s uniform!” said Fred

“Dad…” Sulli had to take a deep breath. This is a very proud moment for her parents. But it’s just a first day at school just like when she got to highschool and nobody needs to overreact.

“Look at the time! I’m going to be late!” said Sulli. She immediately put too much food on and rushed to the door.

“Umm.. It’s my first day right? I don’t know the place that much yet. I need to go earlier than usual if I ever get lost.” Said Sulli already running out.

It’s the weirdest feeling. Everyone seems to be looking at her at the train. What’s with all these people? Sulli tried to look at the Train’s glass if she’s wearing her uniform properly. Everything seems to be ok. She look at her face and it’s the same plain nerd looking face. So why are these people looking at her like she’s some form of alien?

Can it be becasue she's wearing a Sun Life uniform?

The train stopped at a station and another girl wearing the same uniform entered the train. Woahh…why does the uniform look so good at her? The girl noticed her looking and smiled at her. Sulli is socially awkward and just drifted her eyes away. But the girl did not let her be. She went beside her and talked to her.

“Hi! You’re studying at Sun Life too?” asked the girl

“Ahh…right…What year are you already in?” asked the girl

“Really? I’m so happy! I am a freshman too! It’s our first day! I am so excited!” the girl’s voice is too loud and everyone is now looking at them. Sulli is starting to feel really embarrassed. Can this girl just leave her be?

“My name is IU, what’s yours?” asked the girl

“You are a shy person, aren’t you?” said IU “It’s good to meet a fellow freshman. I am so excited but also very nervous! I hope you don’t mind we stick together for the rest of the day? I don’t know anyone else in the school.” said IU

The gate is intimidating. It is just so high. It looks like it’s a 3 story high gate.

“You look so surprised. You didn’t take the exam here?” asked IU

“No…They gave out entrance exam for Sun Life in my highschool.” said Sulli

“Ahh…That’s why you’re surprised. You see a lot of celebrities and children of rich people study here. They really need to make sure everything is secured.” Said IU

When they entered the school, it’s like she’s watching a Drama shooting everywhere. There are a lot of beautiful people!

Sulli noticed that the people are in groups. A small group of plain looking people is at one side, while all the beautiful people are all around the place.

“You did not do any research before going here?” asked IU

“What do you mean research?”asked Sulli

“Hmm…like the culture, the atmosphere. The do's and don’ts etc?” asked IU

“We have an orientation later, right?” Said Sulli

“Ahhh but there are a lot of things they don’t say in the orientation that are still important to know.” Said IU

“Like there are 2 kinds of people studying here in Sun Life. You are either  a scholar, or you belong.” Said IU

“The scholars do not belong?” asked Sulli

“Well the school was initially founded for rich kids. You know, rich kids has to grow up in an enviroment where all the other rich kids are. Just to make sure that they keep the exclusivity.  But through the years, they will give scholarships as part of being socially responsible. But the fact that this is still a school for rich kids didn’t change.” Said IU

IU is right, Sulli did not pay attention to any other thing than just getting in Sun Life. She’s not prepared. It seems sticking with this IU girl has some benefits.

“I hope we can see the WW club soon!” said IU

“Wait…Even the WW club, you don’t know?!” asked IU “You don’t have to be a Sun Life student to know them, you know. Everyone knows them!”

Just then, IU and Sulli noticed a commotion near one of the building. IU pulled Sulli with her. They managed to stand on a bench to see what is happening. It’s like Moses splitting the Red Sea. The people who are all near that building like a concert audience split into two to make a way. That made Sulli curious. Why are they making a cleared way?

Just then she saw 5 people walking on the cleared way. They look like they are shining from where they are standing. The way they move is so elegant, like models walking down the catwalk. Everyone is looking at the 5 people with awe on their faces. There were 2 men. Both of them are good looking. One of them is in the front while the other is at the back. There were 3 ladies in between them. They are very pretty putting other women in the field in shame. They look so magnificent, but they look like they are walking without a care of everyone else. They are walking in front of hundreds if not thousands of people yet they look like they are just walking alone. They don't even look at the people. It's as if they have a world of their own.

“I wish I could be like them.” Said IU

“Who are they?” asked Sulli

IU looked at Sulli with that confused look.

Sulli can't take her eyes off them...Ahhh… so they are the WW club…

Suddely, the most gorgeous looking pair of eyes drifted to Sulli. Who's this man leading the 5? It was only for a second or two, but it was already enough to make Sulli's heart beat fast.