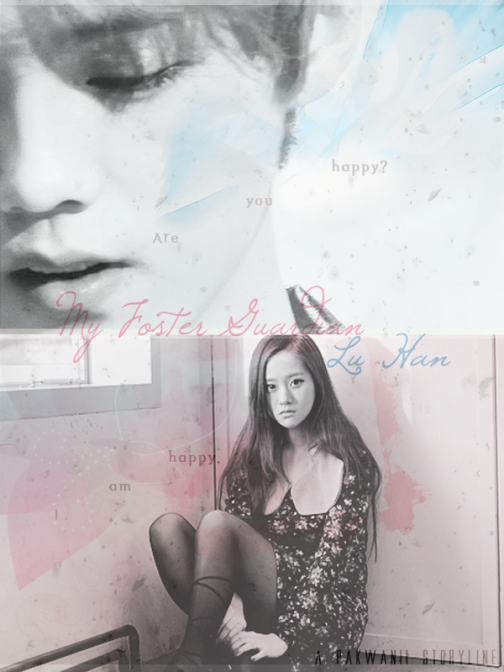 A lone underage girl that overworks herself to death with various part time jobs just to make ends meet. With no family left with her, she had to do fake signatures for every papers and documents that needed to be filled out for her scholarship.

Everything was going well until her class adviser began suspecting her. Not to mention failing to pay the monthly rent, she’s pushed to the edge. If she gets caught, then she’ll be sent to the orphanage and be forced to stay there until she turns eighteen, and she won’t just let a nosy class adviser and a snooty landlady ruin her three years of being independent.

All she needs is a guardian right? A person who can act as a foster guardian until she turns eighteen, and the young Chinese bachelor living right next to their apartment building by the name of Lu Han is just perfect for the job.

Lives by himself, rich, and most especially, Twenty-two, five years older than her - no one would suspect a thing! Maybe living won’t be as hard as it used to be, now that she has this innocent, angelic, and handsome Chinese as a guardian.

Things won’t definitely be the same. This story may or may not contain RATED scenes. Read at your own risk.

Anyone who tries to plagiarize and translate/redistribute (without my permission) this story will be agonizingly hunted. Next Chapter →
Author's Thoughts
[MFGL] Haters gonna hate, potatoes gonna potate! Don't judge a book by its cover yo.
Read More →
Back to Top ↑
No comments yet
Back to Top ↑
Foreword
>> Collapse chapters <<
Promoted - Advertise