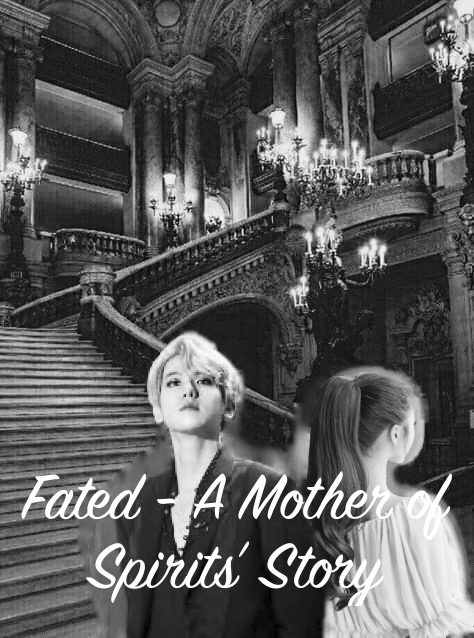 Byun Baekhyun, cousin to King Taemin and Queen Naeun takes his royal duties as councilman for the Crown very seriously.

Hence, when the Kingdom’s long-term enemy, the Rebellion, attacks, he’s ready to strategize along with the other serving men to finally put an end to the constant threat.

However, when the only daughter of the opposition gets captured during the outbreak, the last thing Baekhyun expected is to suddenly feel the fated mate connection towards her.

I know I'm supposed to write my Chanyeol story, but as you might've noticed I haven't posted in a while (which isn't really normal for me).

I've had a few things going on which affected my writing, so in order to get back into the flow of things, I thought I might gift you this treat. You don't have to read the Prequel Mother of Spirits, but if you do, it's not a very long story at all :)

I just thought that since a lot really showed a lot of love for this story that this is BaekxOC version with of course TaeminxNaeun cameos.

Miyeon pressed her lips tightly together forcing down the bile that threatened to travel up at the thought of Baekhyun leaving her in the isolated tower yet again.

She didn't know what the hell was wrong with her, but her whole body protested as she watched him walk towards the iron door.

As though he could sense her distress, he suddenly turned, their gazes immediately meeting.

Baekhyun instantly stopped walking and stared at her.

'Is it...' he swallowed thickly and his lips, Miyeon's eyes immediatly following the action attentively.