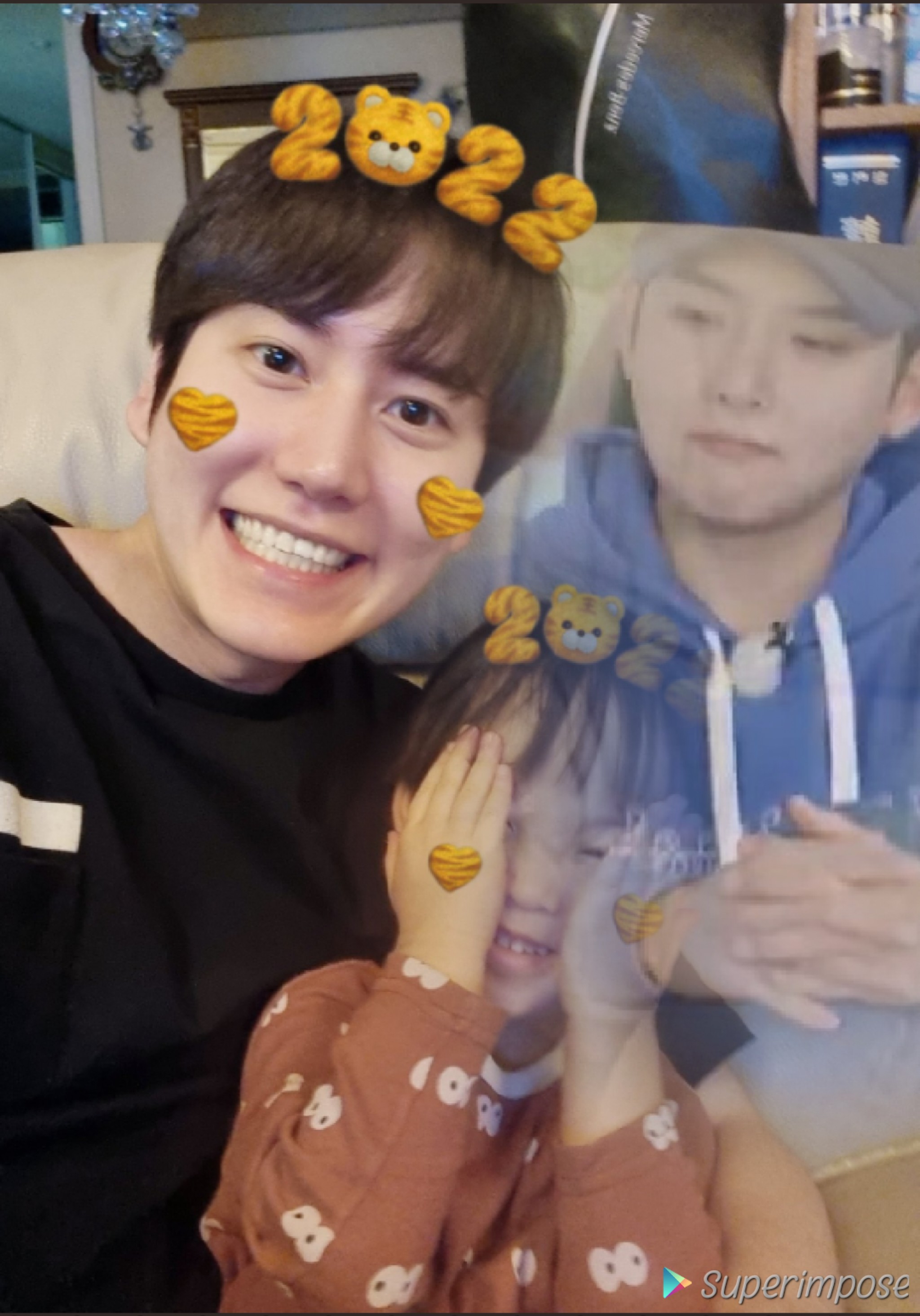 ​Kyuhyun led them to Zootopia first, to catch the boat-bus which could travel on land as well as in the water.

Younha get excited whenever she saw any animals and kept pointing and asking Miss Kim to ask her if she named the animals correctly. Younha had wanted to sit with Miss Kim but as there were many tourist, Kyuhyun have to sit with them too, so Ryeowook lifted Younha to sit on her lap.

Kyuhyun couldn't help imagining that this was what he wanted in his life. Having a beautiful wife and a beautiful daughter. He shoo-ed that thought out of his mind first, and concentrated on taking photos. Of course the photos would include their selfies too, which really showed their happy faces like a happy family.

Kyuhyun got to know that there would be a feeding session with the giraffes soon, so once they had disembarked from the boat-bus, he led them to the giraffes area, and bought 2 packs of carrots.

He knew that Ryeowook loves giraffes, so he wanted her to feed these long-neck animals and took her photos, but he couldn't ask her directly! So he thought of a way...

"Younha-ya, do you want to feed the giraffes?" Kyuhyun asked his little girl and glanced at Ryeowook.

Ryeowook looked up at Kyuhyun, so he nodded and passed to her the 2 packs of carrot. "Go ahead! I'll take some photos of you two feeding the giraffes" he smile at her.

The giraffes were so cute. Seeing Younha and Ryeowook came nearer, one of them came nearer to the fence and brought down it's head so that the girls could feed it!

Younha was giggling as the giraffe munched on her carrot and then munched on Ryeowook's carrot. Ryeowook giggled too because she loved giraffes and this was a valuable experience to see the pretty eyelashes up close and how happy the giraffe munched the carrots!! She never had a chance to feed her beloved animal before!!

Kyuhyun felt so happy that Ryeowook enjoyed herself. Somewhere in his heart, he felt warm to see her cute face giggling happily and she even carried Younha to feed another giraffe which was taller so that Younha could feed it too.

They had an enjoyable time walking around and when Younha said that she was hungry, Kyuhyun looked around and saw a cafe nearby.

While they were about to cross a wide path, suddenly there was a buggy from a corner coming towards them. Kyuhyun quickly pulled Ryeowook backwards with his free hand as he was holding Younha on his other hand, and Ryeowook ended up slumped onto his chest with his arm protecting her!!

"Ahhh I'm sorry Mr Cho! And... and thank you" Ryeowook apologies and tried to recover from her shock. She was thankful that Kyuhyun pulled her to safety but she didn't expect to end up in his arm!!

"It's alright. The buggy suddenly appeared and I just acted on impulse" he smile and let her go. "Are you okay?"

"Yes yes, thank you" she said breathlessly. If only she has a boyfriend like Kyuhyun... she thought to herself... so protective and so caring...

Ryeowook quickly pushed that thought out of her mind, and quickly crossed the path together with Kyuhyun and Younha.

Kyuhyun was thankful that Ryeowook was there with them, because she could bring Younha to the toilet and made sure her hands were washed properly before eating.

After lunch, they watched the street parade, and then went to various rides, following whatever Younha wanted.

She pointed to a merry-go-round and asked Kyuhyun whether they could ride together, which of course Kyuhyun agreed!

So the three of them queued up, and when their turns came, Kyuhyun carried Younha to a small horse and after ensuring that she was seated properly and held the pole, he gestured for Ryeowook to ride the horse next to

Please Subscribe to read the full chapter
Like this story? Give it an Upvote!
Thank you!
← Previous Chapter Next Chapter →
Back to Top ↑
No comments yet
Back to Top ↑
Table of Contents
Foreword
Back to Top ↑
Community Promoted

"Shouldn't the global cooling from 1940 to 1970, as CO2 levels rose, has killed the CO2 control knob theory?" "Why was the A-Bomb given the religious name 'Trinity'?" "Ever wondered why the DNA double helix astonishingly resembles the Caduceus?"