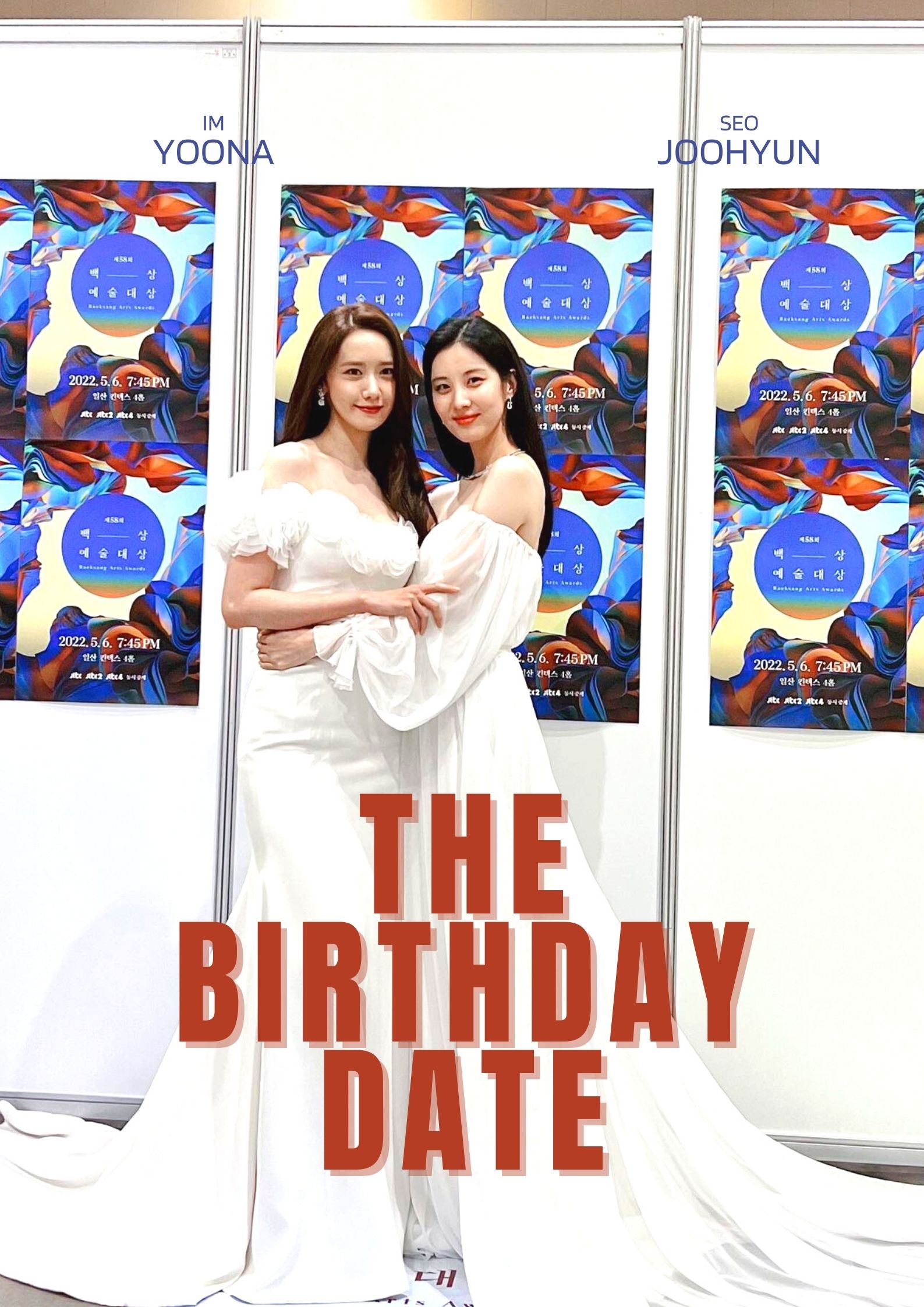 When Seohyun learned her girlfriend, Yoona, is coming to Baeksang as well, she planned an early birthday surprise for her.

Upon hearing her phone ringing, Seohyun's attention immediately switches to it. She reached for it on the coffee table and realized it was her manager. She lowered the volume of her television and casually answered her manager's phone call.

[Guess who's one of the actresses nominated for Best New Actress for the Baeksang Art Awards?]

"Why is that a question? You're my manager so I'm sure you're talking about me, Unnie." She giggles.

[Aish. Why can't I surprise you? Did you already know too?]

"Um, it wasn't a joke?" But she exclaimed as she realized her manager sounds serious.

[What do you think am I calling for? To prank you only?]

"Seriously?" She yelled in joy.

[Yes! You were nominated! I got the invitation card.]

"This is freaking huge! I mean, this is the first time I'm nominated to Baeksang. Kyaaaaa!!!" She can no longer control it and she started squealing. She unconsciously got up and began to run around her humble living room. "AAAAAHHHHH!" Then she screamed like a dolphin.

[And guess what? Yoona is nominated for Best Actress.]

"What?" Her eyes widened when she heard it. "So she's coming too?"

"KYAAAAAAAA MY BABY's COMING WITH ME TOOOOO!!!" She literally screams as well. "Thanks, Unnie. I'll see you tomorrow." And she quickly ended the call. She returned to the sofa and excitedly opened her conversation with her girlfriend. She knows she's on her filming site so she might not answer her call if she calls her. She type in a fast manner on her keyboard and sent a lot of messages to her.

Have u heard it?

kyaaaa I'm so excited for the awards show 🥰🥰🥰🥰

Congrats Baby! You deserve the nomination!

She smiles like a fool rereading the messages and waited for her to reply but a few minutes later, she didn't see any response. So she sent another series of messages.

Are u still filming? I know u are. Don't forget to use your blanket. And drink water. And the pink jacket 🥰

Fighting on your filming. Don't get too stressed and don't catch a cold. I love you 😘💕

Placing the phone back on the coffee table, she got up and headed to the kitchen to get herself a mug of chocolate drink. Her eyes slightly widened when something crossed her mind. "It's Yoongie's birthday next month and the event is on the first week. Wait..." she returned to the living room and quickly took her phone and opened a planner app. She listed all the schedules for herself and for her girlfriend so she knows her schedule well.

She frowned to realize Yoona's May is full of a lot of photoshoots and drama filming. "Even on her birthday, she's working." She pouted disappointingly. "But she will be free on Baeksang Awards." She brightened as she smiles foolishly while thinking of something for her girlfriend.

Suddenly the phone rings which startles her. "Omo." She hurriedly slides the screen to answer it. "Hey, baby." she answered sweetly as she leaned her back on the couch.

[I'm sorry I didn't reply to your messages quickly. I had an underwater film.]

"Omo, what?! I thought you are in the Han River park?" She straightened her seat when she heard it.

"You caught a cold? I just told you-"

She scoffed. "Last month it took a couple of days before it went away. Yah, take a pill right away." She instructed in concern.

[I did earlier. Thanks, hyunnie.]

[Congrats on your nominations too! You deserve it so much, baby. I'm so freaking proud.]

Seohyun chuckled in disbelief. She knows Yoona is just changing the topic so she won't be scolded. "Drink some tea there. Ask your manager to buy you a drink."

"It's because I know you don't take care of yourself well." She reasoned, remembering the incident of the doe-eyed, collapsing in the middle of filming. She literally left her photoshoot that time to go straight to the hospital. "So please, don't make me worry."

[I know. I love you.] said Yoona softly.

Her heart softened and she smiles unconsciously. "I'm excited about the awards show, by the way."

"Of course. That day is free for me."

She checked the calendar on the wall and gasped. "Omo, indeed. I thought a month away." she giggles afterward earning chuckles from the doe-eyed. "Anyway, you're coming to my apartment later after filming?"

[Yes, Ma'am.] Yoona playfully replied. [It's just one scene left for tonight and I'll be there in your arms again, kissing your face and tickling you and then we snuggle to sleep like we're still kids.]

The words brought butterflies under Seohyun's stomach. "Okay, I'm watching tv either way so... I can wait." she replied softly.

"I love you too, Yoongie." She replied in an instant and ended the call. She grabs the pillow nearby and hugs it to her chest while smiling from ear to ear, as her eyes are on the tv screen. She's excited to spend the night with her girlfriend again but she once again thought of her birthday. Normally, they would only have a simple dinner in either of their apartments. And since both of them are actresses, they have to be careful not to get caught. "We haven't been to restaurants on her birthday, nor my birthday. We don't even plan for anything special, just us celebrating each other's birthday plainly. It's always at our apartments." She mumbles, sighing in the process.

She unconsciously leaned back as she looked up to the ceiling and finds herself thinking about how to spend her girlfriend's birthday after Baeksang Arts Awards.

A yoonhyun one-shot in celebration of Yoona's bday. Might be updated on her birthday or days before that.

Next Chapter →
Author's Thoughts
if i don't see any comment on the latest chap, i'm dropping the second part.
Read More →
Back to Top ↑
No comments yet
Back to Top ↑
Foreword
Promoted - Advertise