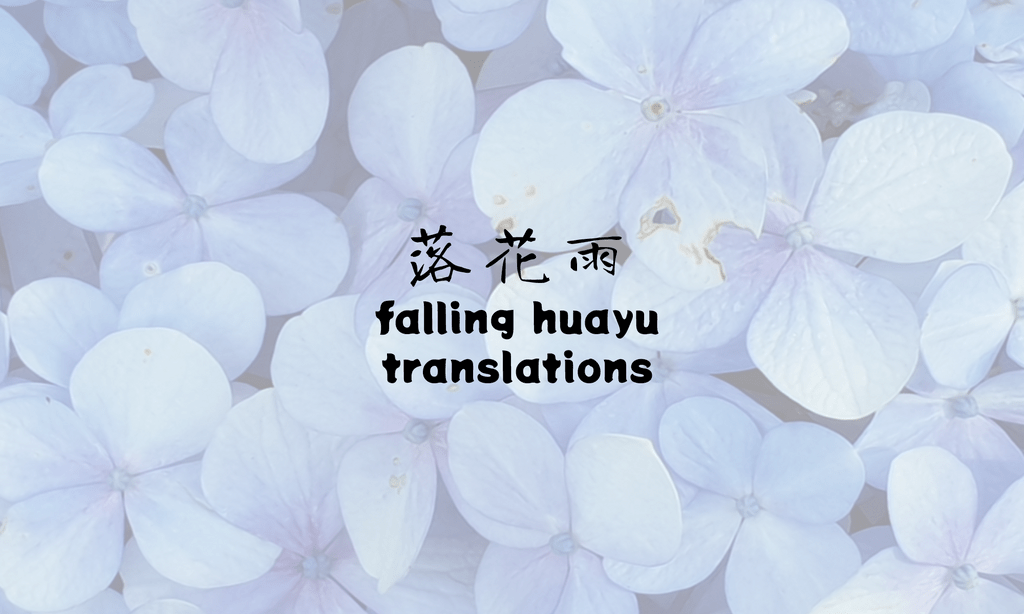 I'm sure everyone knows how popular Chinese webdramas have been recently (Chen Qing Ling, Word of Honor, etc), but did you know that they were originally webnovels first?

That's where I come in. I translate, you read -- win-win situation!

Note:
Lol I promise I'm not as insane as I sound in the foreword (I just don't know how to advertise myself ;;). The tl;dr is that I am a fan translator for a couple of Chinese webnovels, ance since I've seen a few ppl on here who have gotten into the dramas, I thought I would try to spread the word about myself.

Why do I translate? With the rise of MXTX's novels (namely MDZS and TGCF) and priest's novels (namely Zhen Hun and Mo Du), I've realized that a lot of my English-speaking friends are getting into Chinese BLs. However, some of my favorite novels either don't have translations yet, or I personally think the existing translations could be better, which is why I decided to translate them myself. Notes on My Translations I translate very slowly! I am a college student, so I don't have a lot of time. In addition, I view translation as an art. As a writer, I find a lot of the existing translations to be bland because they don't capture the essence of the original text, nor the true personalities of the characters. When I translate, I really try to keep the English text as accurate to the original text as possible while also keeping the emotions and feelings involved. If that's not possible (because sometimes languages just don't work out), I prioritize keeping the general meaning and the "vibe" of the original text. ​ Disclaimers As the novels I'm translating are originally in Chinese, I'm not sure how copyright law works. However, it is always a good idea to support the original authors by buying official English translations if there are any! (And reading the original Chinese versions on JJWXC, of course.) If you want to reference my translations (like quoting a certain line or paragraph), please do so WITH CREDIT (preferably a link back to this site). Please DO NOT take my translations and claim them as your own. I also DO NOT allow re-translations (aka using my translations as a base for your translations). I put a lot of time and effort into translating and do not make any money out of it, so I would appreciate if everyone respects my work.