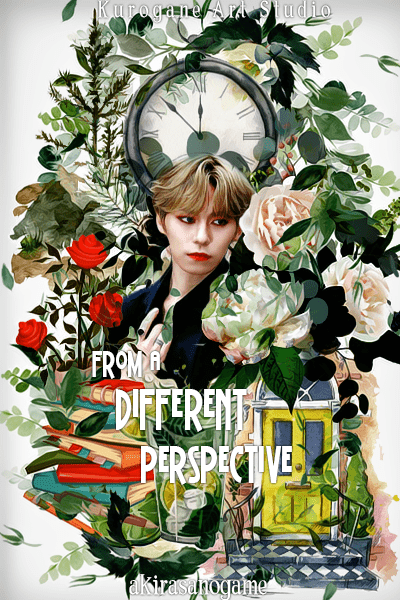 Keonhee sat at his desk looking down at the journal in front of him. He let out a soft sigh before picking up a pen and starting to write. "Dear Seoho, This is a stupid way to start this series of letters, but I swear it was Dongju's idea..."

Hai! Author-nim here with another story~! We're back to the spinoff series! This time with Keonhee being alive instead of Seoho! This will be different from what I've been writing before due to one thing: Starting each chapter off with a letter addressed to Seoho. If you've read my last spinoff story, I ended it with Yunho and Xion writing to San and Dongmyeong respectively in journals. Now it's Keonhee's turn!

This will mostly be entirely from Keonhee's POV but you'll see characters from the main series in this spinoff, along with Xion, who is now going by the name Dongju and Yunho who was pretty much the main character of the last story.

Anyway, onto the characters~!

Keonhee: A pure blooded werewolf who narrowly avoided a death sentence when Seoho took his place instead. He had been banished from the pack and wandered around aimlessly for months before running into Yunho who invited him to stay with his pack and has been with him ever since, starting a journal to pass the time and keep his insanity from losing his mate in check. His wolf form is a large cream colored wolf with vibrant blue-ish green eyes and a large diagonal scar going from his left shoulder to his right hip on the front of his body seen in his wolf and human forms.

Yunho: A pure blooded werewolf who is an ex-werewolf hunter. He recently retired from being a werewolf hunter and tries to live out the rest of his days in relative peace. He writes in a journal in the form of letters to his dead twin brother San in a way of coping with his past and pass time. He found Keonhee wandering around outside their territory and had invited him in, and now shares a room with him. He found his mate in a 'shifter named Mingi but Mingi had recently went back to Yeosang when Yeosang needed something so Yunho was pretty much alone most of the time now. His wolf form is a large white wolf with a nasty scar across his stomach and one more across his lower back seen in his wolf and human forms.

Dongju: A pure blooded werewolf who is a vampire hunter under Hwanhee's faction. He is a part of the pack that Keonhee had been a part of and remembers Keonhee as a cold hearted person who only dropped the act when around those he trusted the most. Dongju had changed a lot since his brother was killed by his own hands, but he still retains a sort of child like innocence as a way of coping with Dongmyeong's death. He was the one who started the journal writing, first as Dongmyeong and now addressing Dongmyeong in a letter like format. His wolf form is a average sized white wolf with a silver tint from him dying his hair a dull grey color before he had redyed his hair to brown and a claw mark going down his left cheek seen in his wolf and human forms.

Thanks to Kurogane Art Studio for the poster and background :D

Next Chapter →
Author's Thoughts
The next story has been posted, go read it after reading this one~!
Read More →
Back to Top ↑
No comments yet
Back to Top ↑
Table of Contents
Foreword
>> Collapse chapters <<
Back to Top ↑
Community Promoted