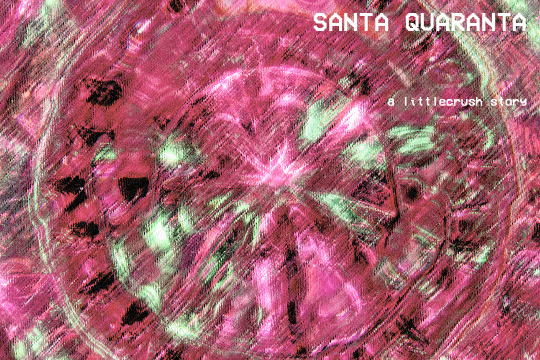 Every day he wakes up after that night, Jongin finds it hard to believe that he had spent time with Shen Tian. It feels almost like a dream, but he knows it really happened and it was one of the best nights he’s ever had. And the premise is that it will happen again, because Shen Tian promised she would find him.

Jongin learns to trust her words and have patience, even when she doesn’t come to find him straightaway. The promise she made to him was sincere and the least Jongin can do is believe it. If she wants to see him again, she’ll find him.

It’s with that resolve that he goes out on a Friday evening, to the same bar he went that fateful night. The place is packed, as usual, but Jongin easily finds a space for himself. The three shots he takes in a row help ease the tension he feels in his muscles and soon enough, he finds himself in the middle of the dancefloor, ready to dance the night away. The DJ plays a mix of songs that have the entire club going crazy. No one stays seated. It’s a sea of people matching their bodies to the beat, giving themselves up to the rhythm, living the moment. A thin layer of sweat forms on every body swaying under the music, showing how they all become one under the sound. Jongin loses count of the faces of people he’s danced with, girls and boys alike. He had missed feeling another body dance alongside his own. It ignites a fire in his bones that spreads to his blood. It’s raw, it’s powerful, it’s all he feels.

The music transitions to a more alternative sound, different to what the DJ has played so far. Still, no one sits down or shows any signs of being tired. The bass that accompanies the music at the beginning is heavenly and invites everyone to continue staying on the dancefloor. The entire club is illuminated by a soft blue light that seems to perfectly fit the song. Jongin’s heart suddenly starts to hammer in his chest and there’s a change of air in the club – or so he feels at that exact moment in time. His head spins, but he is aware of his surroundings. The other club goers continue to dance and their faces become a blur to Jongin. All other faces but one. The blue light accentuates her blue hair and softly illuminates her white dress, making her look as if she just came out of a fantasy. In a way, Shen Tian really has come out of his fantasy, because for the second time, she has found Jongin when he is too intoxicated to separate reality from dreams. She approaches him, slightly dancing to the music and stops only when there’s just half a step of distance between them.

She’s much shorter than him.

He breathes in her scent as if it is a gulp of fresh air. It helps clear his mind of the alcohol. His right hand smoothly slides over her left arm and his touch causes goosebumps on her skin. She takes the final step, entirely closing the distance in between and the direct contact discharges the tension of the attraction they feel towards each-other. Jongin embraces her small form and Shen Tian turns her body around, so that he’s hugging her from the back. His hands circle around her stomach and they start moving under the music. They dance like that for a short while, until she decides she wants to see him. She turns just when the chorus comes in, mouthing the words to his ear.

Jongin wishes he was sober and smart enough to understand what she just told him, but he trusts the attraction between them as he leans in to kiss Shen Tian. She makes no effort to refuse or push him away. On the contrary, her eye