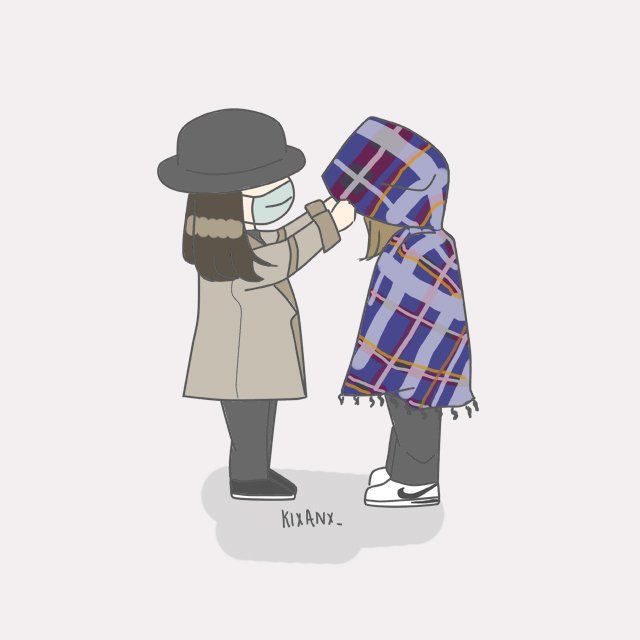 “Lee Herang, the love of my life, the woman I will love until the end of my breath, the woman I'll give everything just to see her happy, and the woman I want to spend for the rest of my life” the man kneeled down, holding a small box, as he opened it, a shinny circle inside of it, a diamond ring.

She was shock, as she can't move, she felt happy, so happy, she too, wanted to be with him for the rest of her life.

“Y-Yes Jongki” she answered, pulling out her bigger smile as if she won a big gift,well she truly is.

He put the ring to her as they both hugged each other, feeling so happy.

“I love you, Herang~” He said before leaning in, closing the gap between them, as he finally met her lips, smiling through the kiss.....

“CUT!” The staff claps their hand, as the director too.

The two let go of the kiss, smiling awkwardly to each other as the old man came to them, the director.

“Finally! The drama is done, Thanks to the both of you, your fans are so eager to watch the drama already” he laughed as the two joined him.

They were busy chatting, until a middle age woman came to Sana's side, whispering something

“Sana, someone wants to meet you” she said

“Just come you little kid” she says, earning glares from the Shiba.

Sana made her excuse as she follow the latter until they reach the parking lot.

“Sana~” an expensive woman walk towards them, shades covering her eyes but Sana can tell who is it.

“I'll leave you now” the middle age woman said, Sana saw it, the smirk from her before leaving the two of them.

“thanks manager-nim” she said, bidding goodbye to her, as she averted her head back to the expensive woman, who's already in front of her “Mitang~” she groans, crashing her body to the latter, feeling tired all over her body.

“Sana~ are you tired?” she ask, as she felt the older nod her head, letting out a sigh before talking “You know I want to kiss you right now, but someone might caught us”

“So? The world already know that this actress star Minatozaki Sana, dating the CEO of MyouiTech” Sana said, snuggling more into Mina's bare neck, sniffing them “I really love your scent”

“i know, and let's go” placing both of her hands to Sana's shoulder, pushing her off.

“To some- wait.... don't tell me- you forgot our anniversary?” she ask, looking through the latter expression, she already know the answer of her questions, Sana forgot “Sana it's our 7th anniversary today yet you forgot?”

“Huh?- me- no-ye- no no I-” she shutter until a familiar male voice interput her.

“Sana!” the director of the drama where Sana in.

Mina looked behind Sana, Sana turned around to look at him too.

“Oh Mr.Tak, wh-why....what are you doing here?” she awkwardly said.

“The cast and staff will have dinner together, the trailer already publish, and thanks to you, the trailer got already 2 million views, so let's celebrate!” he proudly, stopped when he notice someone behind Sana “Oh Ms.Myoui, what are you doing here?”

“Nothing, visiting someone but that someone hurt me” she cold reply, gazing to the latter beside her, glaring because she forgot their anniversary, which is so important to her, yet her lover forgot it.

“oh that's bad, but do you wanna celebrate with us?seems like you and Sana are closed, from what I see” He was gazing at the two.

Sana was confused at first but not until she realized, her hand interlocking with Mina's, so she let go but got stopped when the grip from Mina got tighten, their hand stayed at their position.

“Yes we are, so so close” in Mina's voice, you can hear sarcasm on it. She smiled at them.

“ Congratulations for our successful new ktv drama!” Mr.Tak proudly shout, lifting his drink, asking for bottoms up “CHEERS!” As all of them made bottoms up.

“So Sana, our star, what's your favorite scene?” he ask, smiling so proud.

“Uhmm... everything? Ahh yeah, everything” she answered.

“eyy don't be so shy, don't you have crush on our one and only Kim taehyung? I mean you two look together tho, isn't Taehyung?” he teased them, not noticing the burning gaze that Mina giving to him.

“Ah yeah” Taehyung shortly replied, smiling awkwardly, looking back and forth to Sana , Mina and to their director.

“Mr.Kim, why did you put so many kissing scene of the drama?I mean 12 kissing was there, but not gonna lie, I love it!” their co-actress ask, blushing while thinking the kissing scenes inside the drama.

“Why not?! I mean Fans will love it, and this our star actress fans are so eager to see her first romance drama, so let's give them what they need” He replied.

The tease between Sana and Taehyung goes on, dinner went well, but for Mina and Sana didn't, mostly for Mina.

She hates it, hearing from the cast, staff and mostly to the director that her girlfriend kissing someone than her.

She felt herself boiling in so much jealous and anger.

‘is this Tak doesn't know Sana is already in relationship? With me?’ she thought.

Gripping so much to her palm, under the table.

Sana saw it, now she's scared at the woman beside her.

She wanted to tape their director mouth so he can shut up but she can't do that.

“I love the bed scene part in episode 15! It's so looks so real! It making me blush Everytime I re-watch it” She laugh, as the other join to her, Sana just smiling uncomfortable, hearing that made Mina more boiling in anger and jealousy.

“Bed scene?” Mina ask, earning the attention all to her,while Sana surprised by her question.

“HAHA yeah! The way their lips moving, as taehyung's lips on Sana's collarbone, the way how they touch each other! But sadly, it was short scene” she pouted, didn't notice Mina already killing her by her gaze.

“Goodbye and goodnight everyone! Nice to work with you all, and thank you for joining us, Ms.Myoui” Mr.Tak said, smiling so wide.

“Its fine, I enjoyed it, thank you too for inviting me” of course, he didn't catch the bitter and anger in Mina's voice but Sana knows it.

After they bid goodbyes, walking together back to the parking lot where Mina's car is, silent filled them, Sana can feel the dark aura from the latter.

Until they got home, still no one dared to speak out.

Mina walk pass from Sana after entering the house, suppose to enter their room but got grabbed by her wrist,making her stop, making her turned around, as her body crash to another, arms wrapped around her.

“Don't, I don't wanna hear any of your apologies” she cut her off, pushing Sana a little away from her “coax , I need you to coax me”

“Huh? Coak? You mean satisfi-” she didn't finish her words when a lips crashed to hers.

“Mr.Kim, I think someone already killed you earlier, in the dinner” the staff said, staring at his ipad

“Why? Did I said something wrong?”

“Yes you did, very very wrong, I think you need to apologize”

“Here, read it, to find out” he give the iPad before walking away.

“Myoui Mina the current CEO of MyouiTech have been dating the Star actress Minatozaki Sana for almost 7 years since their middle school. Revealed by Myoui itself. 19/10/21” he read, as if it's nothing, until he realize what he read “WHAT?!”