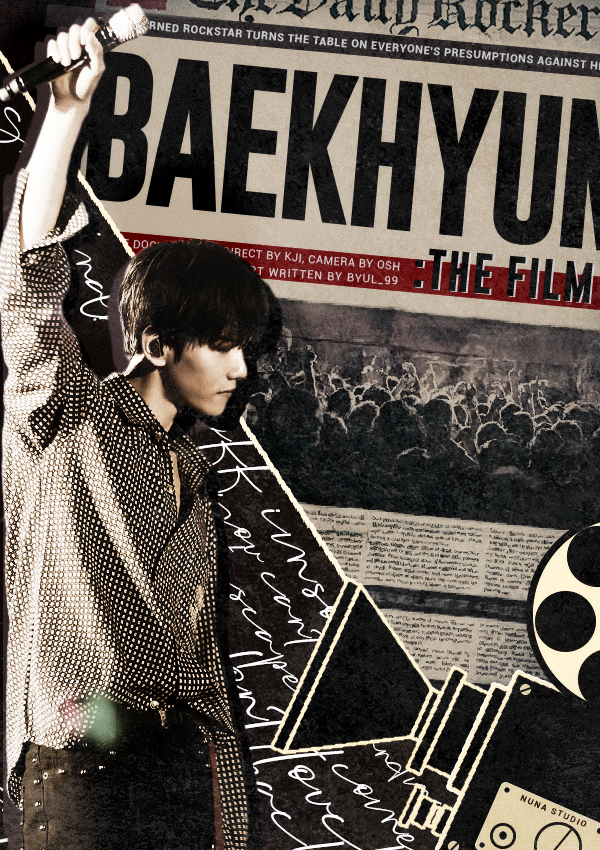 Thief turned Rockstar turns the table on everyone's presumptions against him

Byun Baekhyun, the name every girl religiously chants, slayed the music charts with his recent hit 'Cry for Love'. Radio stations are receiving calls from the audience demanding to play the rockstar's songs. Amidst the high peak in his career the recently released documentary 'Byun Baekhyun: the film' reveals astounding facts about the thirty-one year old singer causing controversies. Inevitably leading to hot debates across the country. Open the page 2 to find more about the Byun Baekhyun.

"Camera rolling?" Nineteen year old boy shifts in his chair looking at the camera man beside him.

Cameraman gives a thumbs up in reply, checking the camera angle one more time.

Kai smooth the papers with his sweaty hands making the blue ink spread across in few areas. Rubbing his now sweaty and blue ink stained hand on his stonewashed jeans, he recites the question in his head. The papers in his hand shivers under the dark alluring gaze of the one and only Baekhyun sitting across him. Half empty whisky bottle sitting on the coffee table next to him. Baekhyun's dark black eyes boring into Kai's.

"Mr. Byun," Kai starts, his voice cracking at the letter y. A shaky start, the confidence Kai summoned breaking into pieces seeing Baekhyun raising his eyebrow an inch. Kai tries to play it off cool by clearing his throat and continuing, "there are speculations about your music."

Baekhyun takes a swig from the whiskey bottle, closing his eyes in ecstasy as soon as the liquid slides down his throat. Leaning in Baekhyun rests his elbow on his thigh his eyes shifting into dark menacing glare, "what?"

Kai looks down at his script forgetting his lines. Sweat from his palms dampening the paper. Rubbing his palm on his jeans once again he looks up in fake confidence, "that your music is a cheap copy of the rising Yixing's songs."

Baekhyun tilts his head on his palm watching the trembling teenager's hands and the sweat dripping down his forehead.

Baekhyun reclines in his seat, crossing his legs while sipping on his whiskey bottle. Letting out a sigh he refocuses on the camera. His middle finger pointing at the camera, " you," he comments.

Note: The Gorgeous poster is made by my sweet Nuna!!!! It is amazing right?? So beautiful!!! Thank you nuna for making this poster!! Please click on the below banner and see her most beautiful works!!!

Next Chapter →
Author's Thoughts
Oh we have 50 upvotes 🥹🥹🥹 thank you all!!!
Read More →
Back to Top ↑
No comments yet
Back to Top ↑
Foreword
Promoted - Advertise