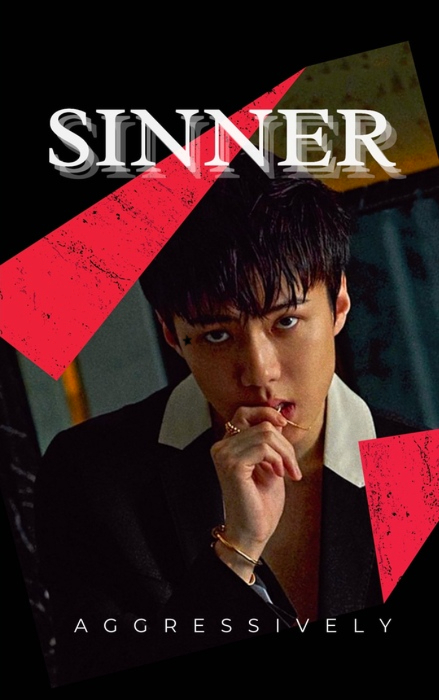 The most dangerous thing in Lee Sunmi's world was not a missing brother who just can't seem to stay out of trouble nor was it a vengeful gang trying to hunt down and execute said brother. Instead, it came in the form of a man with dark eyes, a ty face tattoo, and a penchant for calling her anything but her actual name.

Whelp, here goes another angsty, morally grey Sehun, since I can't ing find a satisfying enough bad boy fic where the bad boy is actually bad.  And if you ever read Leaving Suburbia, the unstoppable Sehun-Kyungsoo bromance is back and better than ever.

This story is the first in the series Itaewon’s Finest. This story is dark. There’s graphic descriptions of violence, torture, gore, and suicidal thoughts. If that’s not something you can stomach, please don’t read this story. Characters and their actions do not in any way reflect their celebrity counterparts. Major apologies to the stans, but I have too many original characters and I needed to use a celebrity’s name to make it a bit easier on my readers to keep track of all the characters (especially from the other stories in the series).

Kingmakers
1. To Love Oh Sehun (boy!sehun, !sehun) It is a well-known fact that Oh Sehun is trouble, no cap. If the tattoos and piercings aren't enough, he smokes, he drinks, he parties, and he shows interest in every female that stumbles his way—literally every female—except, of course, Bang Chaewon. TBP.