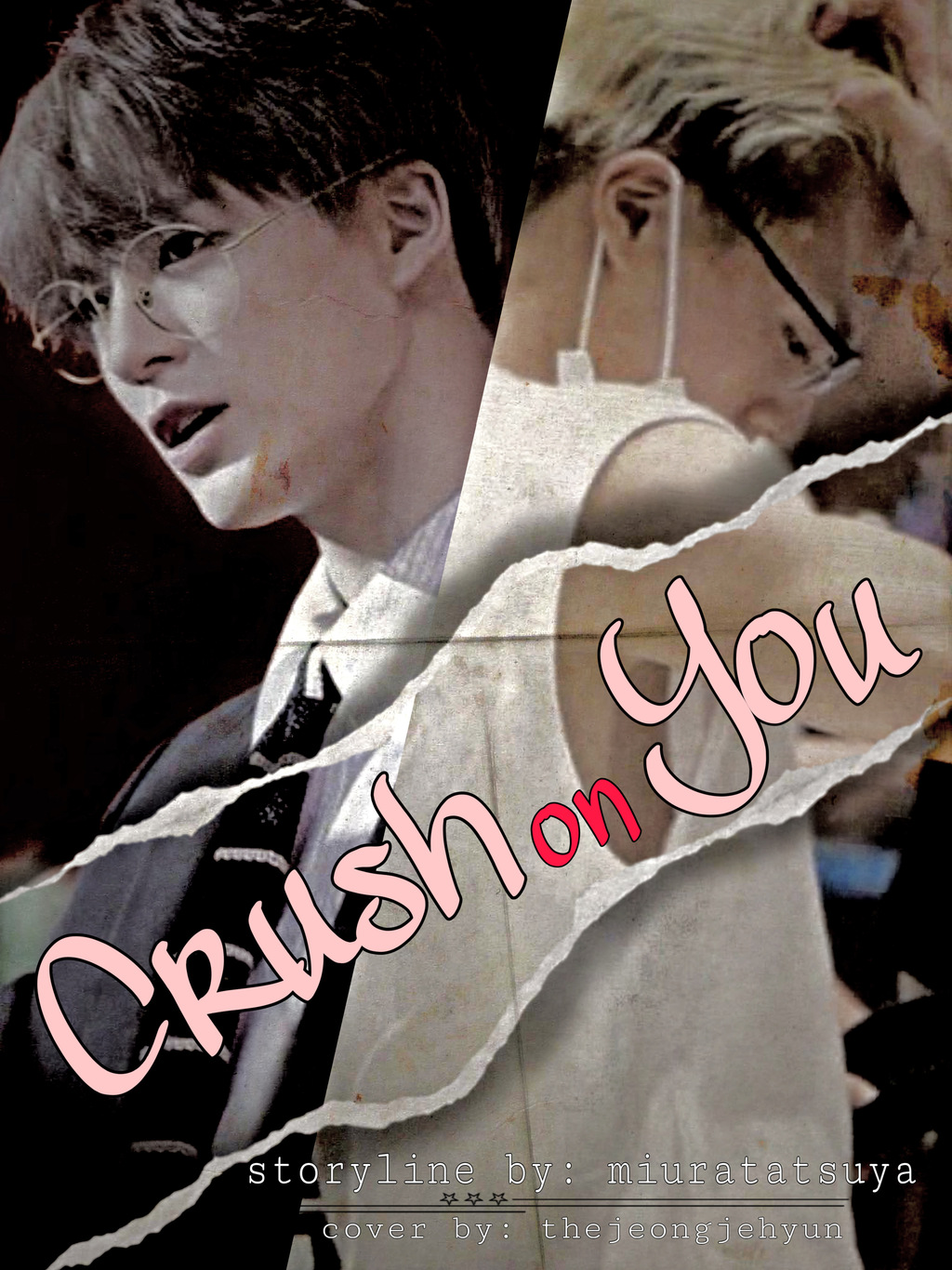 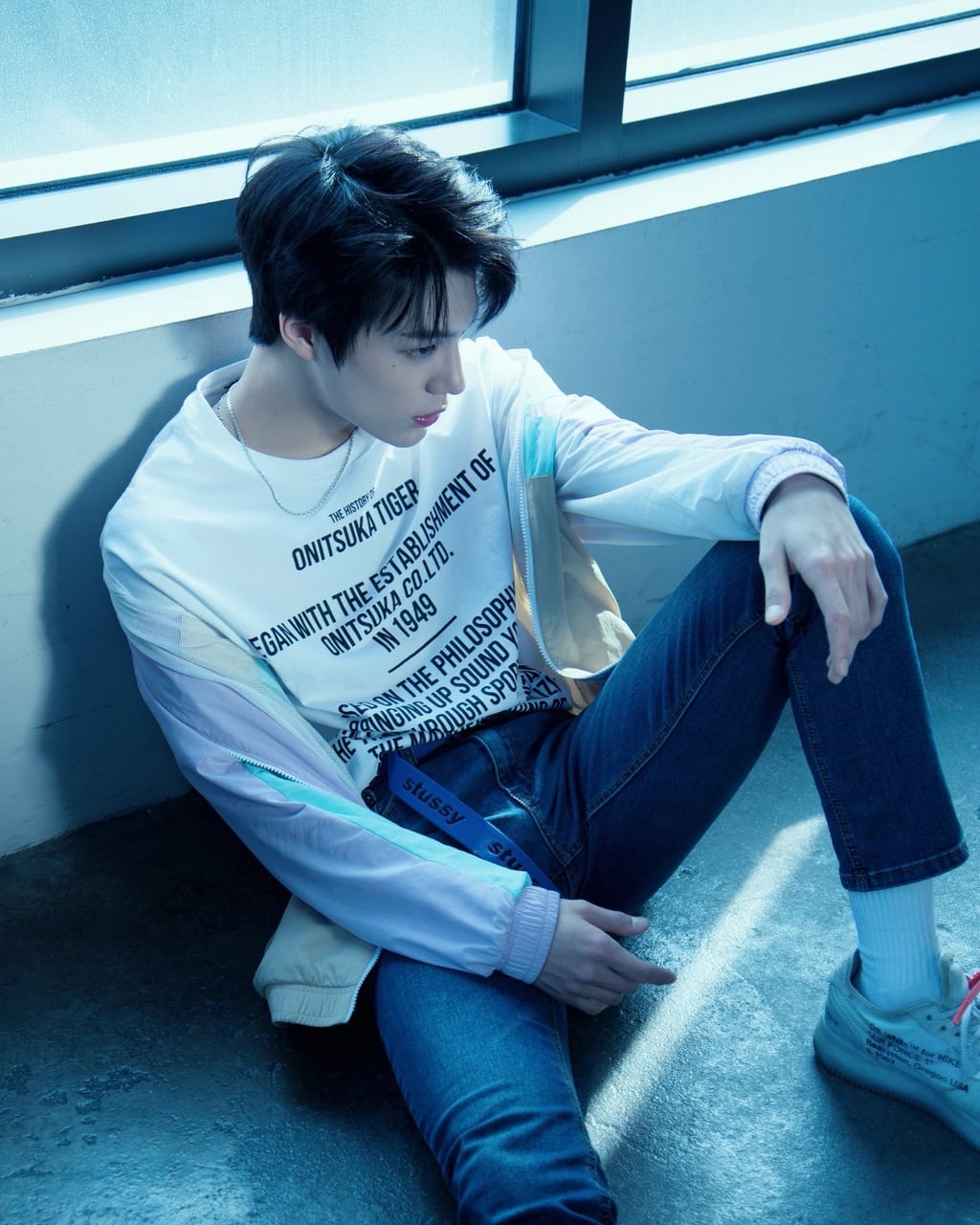 Also known as "The Nerd Hottie". He walks around wearing his glasses, with books in his hands, to make sure he didn't go crazy, he claims. Someone who is a "textbook-like" character. A good student, an A-lister with a result of straight A's every semester, and a manner of a gentleman. He's in a group called Dreamies, his only circle of friends. He is a very competitive guy but at the same time, the calmest person on earth.

20 percent of his college life is him being a hidden gem, who got the rest wondering, how in the world is he in a group of people that barks randomly at a tree?!

And having to deal with this crazy granny that keeps jumping in front of him is already a handful! 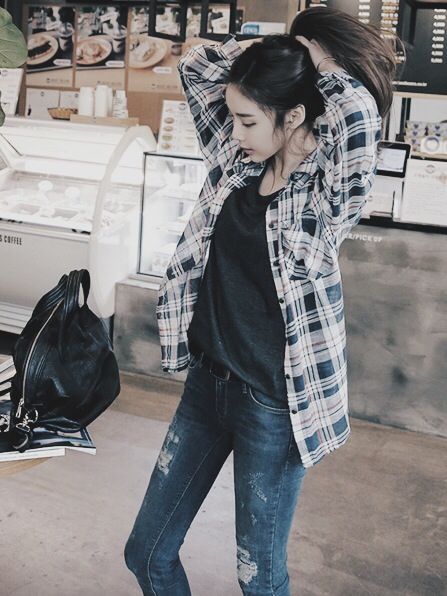 The star of the college. The swimmer athlete who's the complete opposite of Lee Jeno. If they could be described as a colour, then Jeno would be blue and Juyoung would be red. A troublemaker, a prankster and is the cousin of Lee Haechan of Dreamies. Fruits never fall far from the tree, right?

She is the epitome of a "girl crush". Everyone seems to be crushing on her, but she only has her eyes set on one person. Namely, Lee Jeno.

And got rejected every time.

"Lee Jeno!" I jumped right in front of him, startling the very guy.

"Can you stop doing that? I might hate you for real." Jeno rolled his eyes as he took off his glasses and God! Why is he so handsome?!

"Stop staring at me and tell me what you want?" That's cold.

"Well, like usual. I want to court you into dating me!" As brazen as it sounds, I, Han Juyoung, am head over heels for this guy!

He walks away, leaving me with a smile. Turning around, I yelled his name, startling him. He's startled so easily. Cute.

With that, he rolled his eyes and left the college hall. Thank god there's no one around, or I'd be burying myself under the cement ground.

"Lee Jeno!" I let out a groan when I heard that voice again.

"What now?" If it wasn't for my patience, I would've really snapped.

As if I didn't know that already. The whole college knows, even if you didn't tell me, idiot. Shaking my head, I walk over to the Dreamies who had been waiting at the gate.

"Lee Haechan. Do tell your cousin to stop pestering me." Smacking the very guy's back as I said that.

"What does that have to do with me?" Haechan whined as he rubbed his back.

"She's your cousin. And she has your crazy antics!" Ranting, I almost smacked Haechan once again if Renjun didn't hold me back.

"But I like her though. She's quite a catch. Very pretty. And nice." Jaemin interrupts as he looks over my shoulder.

I turn around to see what he was staring at. It's Han Juyoung, having a box over her head. Yeah. Very nice. Turning back to Jaemin, I made a face.

"Have you gone mad? I think you guys are aliens."

I regret saying that because as soon as I said that, I was bombarded with weird noises from each of them. Sneakily looking back at Juyoung, she's now taking off her shoes. What the hell is she thinking in this hot weather? Shoeless?

Until I saw her dipping her shoes in the fountain, before putting them on again. This is so fascinating. Laughing inwardly, I wondered, how strange can this girl get?

WELCOME TO ANOTHER CRACK THAT I SUDDENLY THOUGHT WHILE WRITING ALL ABOUT YOU.🤣 I SEEMS TO HAVE A KNACK OF HAVING A SUDDEN IDEA JUMPING IN ME WHENEVER I WROTE ABOUT SOMETHING OR LISTEN ABOUT SOMETHING. ALL ABOUT YOU WAS INSPIRED WHILE LISTENING TO MAD CITY, AND THIS IS AN IDEA POPPED INTO MY MIND WHEN I WAS WRITING THE LATEST CHAPTER OF ALL ABOUT YOU. 🤦🏻‍♀️ I WANTED TO TRY DIFFERENT SOMETHING AND THIS IS GONNA BE A CRACK ONE, TOO.🤣 BUT A LOT LESSER THAN THE CRACK THAT MANDALEE WROTE! LUV YOU HONEY!😘

I MADE THE POSTER BY THE MORNING AND I AM NOT YET SATISFIED!😭 THE PICTURES AIN'T NO MINE SO, CREDITS TO THE OWNER.😘

Next Chapter →
Author's Thoughts
It's been a long year.😌 It's finally happened and I can never be more happy when I was done with the last lines. I am genuinely happy.🌻
Read More →
Back to Top ↑
No comments yet
Back to Top ↑
Foreword
>> Collapse chapters <<
Promoted - Advertise