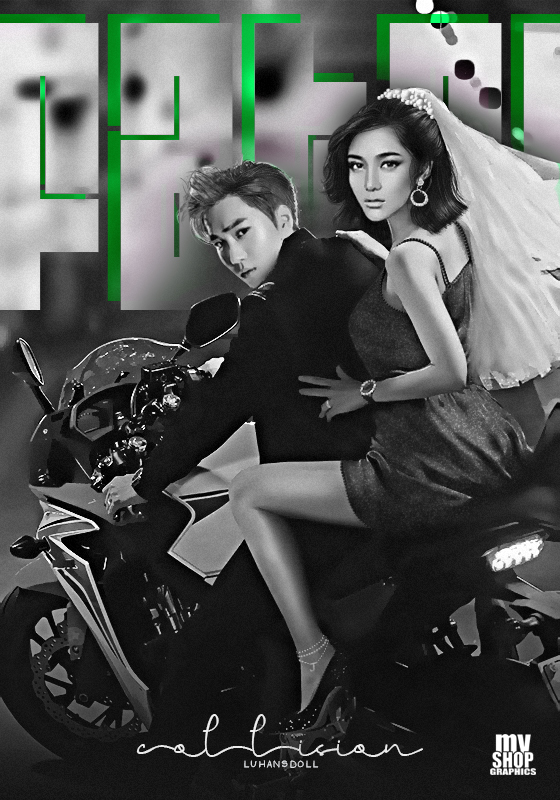 Park Hana didn't know what has gotten into her when she agreed to sign a marriage contract with the infamous leader of the Cugini Clan, Kim Junmyeon. It was a deal between him and her brother, Park Chanyeol, to ensure the truce between their clans. It was meant to last for a couple of months. Then, everything was going to go back to normal again. She will be free from the cruel Cugini leader forever.

Hana never thought that during these couple of months, she will be the first one to violate the contract's important condition.

Which was to never get attached to Kim Junmyeon in any way.

Hana tossed the cigarette between her teeth slowly, her eyes darted around to spot a random waiter walking past her table. She cleared , pulling the cigarette away after inhaling a huge amount of smoke. She raised her right hand up, waving at the waiter in attempt to grab his attention.

"More!" she shouted, raising her empty glass in the air. She was aware of the fact that Junmyeon's eyes rested on her for a few seconds before looking away-- as he was occupying another table with some of his business partners, playing gambling.

She ignored him, still not sure whether she should go back home or wait for him for a little longer to finish. He asked her to go home a couple of hours ago, but she was the one who insisted that she can wait for him. Once her scotch glass was filled up again, she looked around the casino casually while smoking in peace. What was she doing around this place again? She didn't know. She just happened to tag along with Junmyeon that evening.

"Are you Park Chanyeol's sister?" A chinese man stood in front of her table out of nowhere, asking her with a blank expression. One glance at his tattooed arms made her realize that he was from the Chinese mafia.

The man moved his black leather jacket to the side. It was enough for Hana to spot his hidden gun. "I'm asking you to accompany me out quietly," he stated firmly, nodding at the gun's direction.

Hana blinked before dipping the remain of her cigarette into the scotch glass. She leaned back against her chair, giving the man a look before her lips.

" off," she scoffed, eyes darting past him. That was when she spotted Junmyeon leaving his friends table and making his way towards her.

The man gritted his teeth, but before he could say anything, he felt a hand landing on his shoulder making him shift his gaze to the side. Junmyeon stood next to him with one hand on the man's shoulder. He squeezed it hard.

"They told you that she is Chanyeol's sister but nobody bothered to point out to you that she is my ing wife, huh?" Junmyeon wondered, his cold eyes scanning the man's expression casually.

The man gritted his teeth again, resting a hand on his hidden gun as he glared at Junmyeon.

That seemed to grab Junmyeon's attention because he spoke, "Now I'm the one asking you to accompany my men out." He leaned closer to the man's angry face. "Quietly." He nodded at his men quickly.

Hana watched them grab the Chinese man's arms, leading him outside the casino forcibly. Her eyes darted back to stare at Junmyeon when she felt his eyes on her.

"Enjoying yourself?" he asked with sarcasm, eyeing the scotch glass. "I told you to go back home, didn't I?"

"I'm not going anywhere without you," she fired back almost immediately.

They started a heated staring contest, each one of them basically glaring at the other more than just staring. Each one of them trying to win against the other. Hana did win in the end because Junmyeon was the first one to look away.

"Stand up," he commanded.

Hana blinked. "Are we going home?"

He made sure to not make eye contact with her. "Yes," answering simply.

Something inside her snapped happily as she stood up right away, grabbing her handbag and phone.

Junmyeon didn't care about his business partners. He just asked one of his men to inform them that he was leaving the casino. Resting his hand against Hana's back, he pushed her gently along with him as they exited the casino. 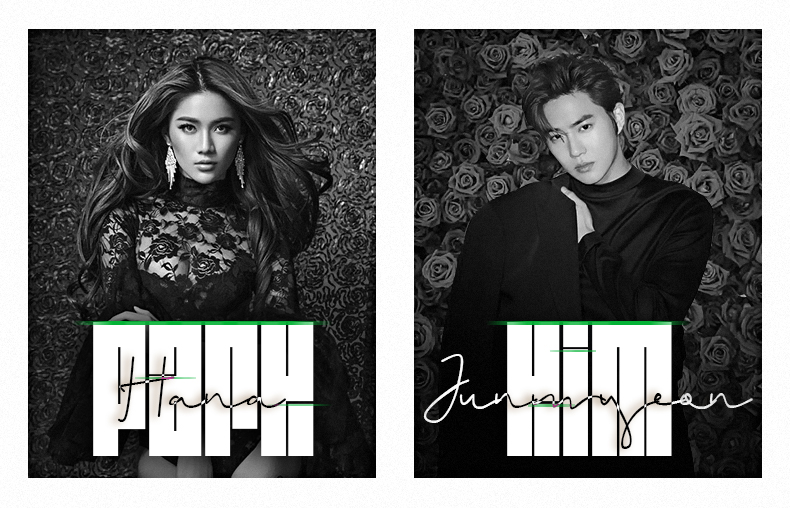 Another fic that you can read as stand-alone added to my "Mafia Series" this time it's going to be Junmyeon fic :) also, OMG yes! Hana was the first one to fall in love with him here! I finally figured the rest of the plot when Moon sent me the poster 🥺 doesn't it look awesome? I mean, look at mafia Jun 🤭

All exo members will be introduced here! But remember, I only use their names/images to create my inspiration for my fics! I don't own them. This is purely fictional and every character here is from my own imagination :)

DON'T steal any idea/scene/dialogue! I work really hard to write and put down my thoughts! Please don't steal or copy any of my works! Create your own plots and work hard to deliver them instead of stealing other people's work!

I don't allow translations! Especially if you don't ask for my permission first! Do ask me if you want to translate Fatal Collision We can always talk and figure everything out :)

The beautiful poster, background, trailer, and character's banners are by my amazing friend and designer Moon-Walker! Thank you so much sweetheart ❤ Do check her graphic shop out by clicking on the banner below!

This beautiful previous poster was created for Nina by Augustflower!!! Thank you so much!!!! -Amber <3

Kindly subscribe if you want to keep up with the updates! Comments and upvotes are highly appreciated if you enjoy reading this :D

Do NOT call me author nim! My name is Nina if you wish to call me that :) also, please don't rush for updates. I write whenever I get free time ❤