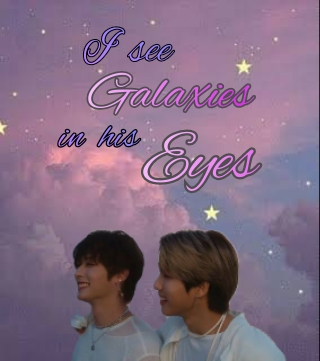 Minho smiled softly while walking hand in hand with his best friend, Jisung. It was already 9 in the evening, both agreed to just walk together on the silent street after a long day at school. Minho tried to match Jisung's small steps while they were accompanied by the street lights, under the shining stars that were scattered prettily on the dark sky. Minho looked up and saw the moon smiling down at him.

"Hey", Jisung said, softly tugging Minho's hand that was interwined with his to get the older's attention. Minho just hummed as a reply still having the smile plastered on his face. "What are you thinking about?", Jisung asked while looking at Minho, probably wondering why he was smiling.

Minho turned to look at him since he was leading the way. He shifted his gaze towards the younger's eyes. The eyes that contained so much emotions in them. The eyes that shined brighter than the stars above them. In the back of his head, Minho started asking himself silently...

when was the first time I've seen galaxies in his eyes?

Just came with the idea while I was stargazing