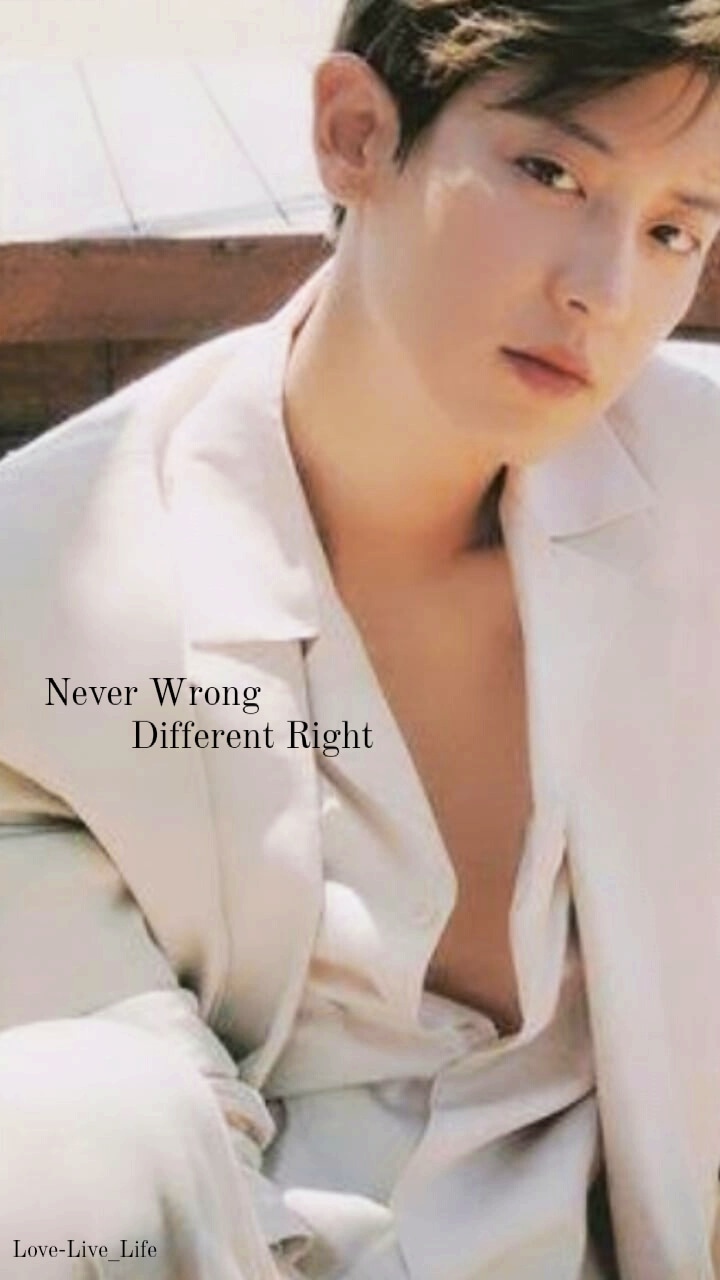 ‘Weirdo!’ Seulgi muttered, softly, keeping the expression pleasant as she glanced in Mrs Choi’s —or so she thought—direction. ‘You!’ she whispered, rooted. Seulgi’s eyes widened, the blood in her veins stopped for a nano second and then rushed to her face. Surprisingly, the earth did not heave.

On seeing Chanyeol after so many years, an unbidden and intense wave of pleasure rose inside Seulgi. However, on noticing the searing anger in the narrowed eyes, it hastily roller-coasted into unease.

‘Yes, ME! Your, worst nightmare come true!’ Chanyeol spritely got to his feet. His magnetic presence towered the room.

‘I have to get out.’ Seulgi panicked, blindly pirouetting for the doorknob.

Chanyeol pre-empted her. A strong hand forcefully twisted Seulgi’s arm holding the knob. Pain shot though her hand and, reflexively, she let go. He swung Seulgi around, pushing the hapless girl deeper into the room. Stumbling and off balance, she barely managed to stay at her feet. Stunned by the aggression, all Seulgi could do was mutely gawk at him.

‘Not so fast. I am not done! Get used to this. Beginning this very second when I say jump you jump and sit when I say so!’ Chanyeol bit out, his lips and hips clenched.

‘And what if I don’t?’ Seulgi huskily shot back, gingerly flexing her elbow. The words just slipping out, like a pair of startled feet on a banana peel.

Breathing invisible fire, Chanyeol came at her. Seulgi speedily retreated, till her legs collided with the desk.

Chanyeol jerked to a halt mere inches away. Seulgi, unsure, looked down as she contemplated her options and exit routes. Jumping off the window, behind the desk held the most appeal, currently.

In a pinching grip, Chanyeol grasped her averted face. Wincing, Seulgi had no choice but to look into the dark hostile eyes. ‘Because if you don’t... your brother and his family’s life, shall go down the hell. I guarantee that!’ he hissed, cruelly. Abruptly releasing her, Chanyeol strode to the briefcase at his desk.

‘Leave my family out of this; they didn’t do anything to you,’ Seulgi weakly asserted.

‘Who cares?’ Chanyeol retorted, his back to her.

Damn, I thought the years would have dulled the hatred for the little cheat. This time she will pay her old debts, vouched Chanyeol. Grabbing a file, he turned around and threw it at the desk towards Seulgi.

‘Read it!’ he insolently ordered, taking a seat.

Seulgi stared at him for a few seconds and he glared right back. Finally, with shaking hands, she grasped the file turning one page after another.

Having read enough, Seulgi felt outraged, and accused, ‘This is bull big-time! You’ve cooked it all up!’

‘I didn’t have to. This was executed entirely by your brother, with no coercion on anyone’s part. Maybe treachery runs in the family.’

The harsh word against her family stung. Blinking rapidly, Seulgi looked away.