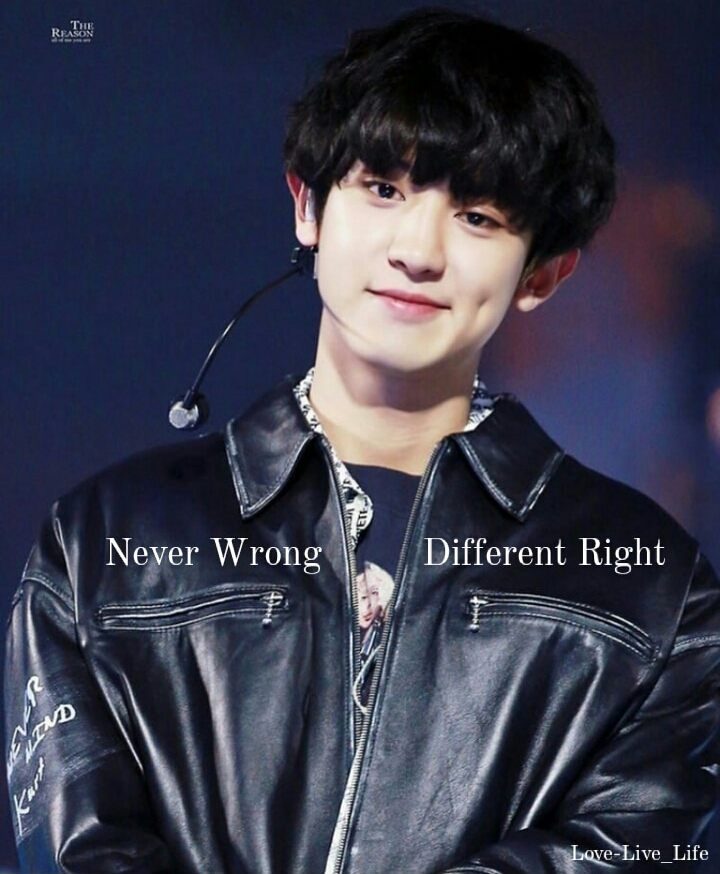 '..Baby I'm falling head over heels! Looking for ways to...' Her cell phone’s blaring ring jolted Seulgi, back to the present. Rummaging inside her bag, she grabbed the phone, ‘Hello?’

‘You are thinking about him, aren’t you?’ sounded Joohyun’s reproachful voice on the other end.

‘No Joohyun.’ The lie, shuffled from tight lips.

'Okay fine! Just like you, I, too, am a little concerned,' Seulgi confessed, heavily.

‘Honey, our concerns are totally different. It is not my hide that Park Chanyeol might be gunning for.’ Joohyun’s words were blunt, not her tone.

A crooked smile teased Seulgi’s lips. ‘I agree it’s only mine he plans to skin.’

‘Don’t worry so much. Maybe it’s all over and done between the two of you. We constantly read about his dating of some socialite, actress or model in an unending succession. Chanyeol always liked to play the field. I am sure he has forgotten all about you.’

‘I hope you are right.’ Another lie, the thought that Chanyeol might have forgotten her, struck in the artery closest to the pumping beats. ‘Listen Mom is coming, I’ll talk to you later... don’t worry about me. Go and make your man happy.’ Seulgi hung up on the rude cackle.

‘What a mess? Why did it have to be like this?’ She whispered, tormented. After a long bath, and avoiding her parents, Seulgi curled up in her bed. Sleep, unlike the memories, eluded her.

Twenty-one-year-old Seulgi, a fresh commerce graduate, excitedly strode inside the Park mansion adjacent to her house.

‘Gosh it’s mind blowing!’ ambling through the driveway, she reflected for the millionth time.

Surrounded on either side by lush, green, beautifully landscaped gardens, lolled the majestic house. The two-storey spread was impeccably white in colour, its exterior shaped befittingly like a palace. Adding to the grandeur, a lofty several-tiered fountain sat at the entrance.

The senior Parks, Youngmi and Sungjin, had flocked here only a couple of years ago.

‘Jinyoung and Soomi, overseeing the business, are constantly accumulating frequent flyer miles. Chanyeol, for the last eight years, has been living in one hostel after another. It is just Youngmi and me most of the time. Sometimes it gets very lonely,’ Sungjin had confided to Seulgi's father.

‘Well Sungjin, then why are you sitting so far? Come and live here. All of us will make sure that you and Youngmi don’t get a single moment of peace,’ Minhyeok coaxed.

That is it. The decision for the Parks to move was literally made overnight. Several properties next to the Kang residence were bought, consolidated and in the next ten or twelve months, an army of workers, had constructed the grand abode. The palatial house boasted of tennis and basketball courts, Japanese gardens, two swimming pools— outdoor and indoor, a state of the art gym, a media room, ten bedrooms and god knows how many bathrooms.

The Parks were quickly becoming an essential part of Seulgi’s life. In fact, Youngmi insisted that she address her as ‘Mamma Park’. Minhyeok and Sungjin shared a common dread at the thought of Seulgi’s inevitable Wedding.

The only person from the Park family, Seulgi had never met was Park Chanyeol, the younger scion studying in America. Having completed his MBA, Chan had finally come to live with his parents and join the family business.

Yesterday, due to a close friend’s wedding, (no, not Joohyun, she did have other friends) Seulgi could not attend the lavish bash the Parks had thrown to celebrate Chan’s homecoming. Almost all the city hotels and available farmhouses, legal or illegal, had been reserved to house the who’s who of the country and outside, in attendance for last night’s shindig.

Since morning, Seulgi’s parents and the TV channels, had been broadcasting truckloads on Chanyeol and the lavish bash—some good and some even better. Heightened curiosity and Mamma Park’s phone call persuaded Seulgi to overcome her stranger anxiety and show up to meet the ‘man’.

Seulgi waited in the humongous living room as one of the servants rushed to fetch Youngmi. From the arched, stain glass windows of the living room, she could spy several workers milling about in the lawns, cleaning up after last night’s revelry. ‘Party for some, pain for others!’she declared softly.

‘Who are you?’ questioned a suave voice, echoing in the otherwise silent room.

Seulgi got startled, and whirled around to see where this voice was coming from. She immediately recognised who stood in front of her. No sillies! No past-birth memories! Seulgi recognised Park Chanyeol from his photographs.

His black pupils framed with long curling eyelashes, studied her with no hint of recognition.  Chanyeol’s face cradled a wide forehead, and a sensual mouth with dimples in his chiselled cheeks. His broad shoulders and mouth watering body, was clad in a white, probably ridiculously priced, designer T-shirt, dark blue jeans and tan shoes. Park Chanyeol  loomed large as an epitome of oozing masculinity.

Holy cow, he is bloody gorgeous, sprung the sudden thought in Seulgi’s mind. ‘You are Aditya, right?’she stuttered, blushing furiously.

‘And you are about to faint?’ Chanyeol mocked, in a deep and cultured baritone. His eyes crinkled at the ends and his dimples deepened.

Humour served in arrogance, a typical trademark of children brought up by the philosophy: Spare the child and break the rod or better still, sell it. Seulgi’s expression awkward