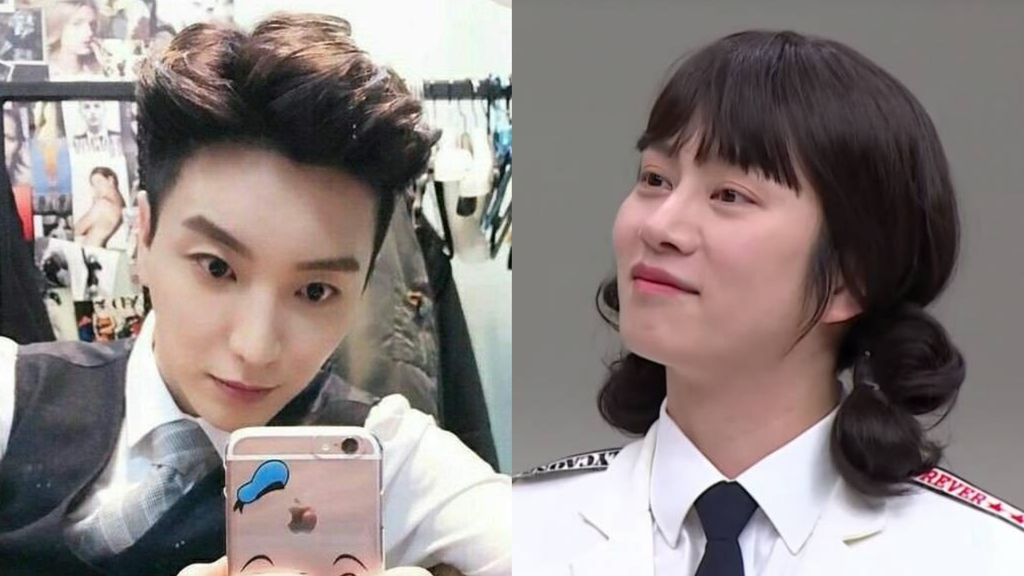 Jungsoo held the plane's in-flight menu to cover his face as he peek above it and observe the attendant who served him with the cup of espresso now lying on his small table.

He actually don't have that much experience with flirting but he was seriously interested with this girl that caught his attention. He watched her intently as she chatted happily with another crew member. Her black hair tied in a low double bun really makes her look bubblier than she already is. The crew's white uniform also suited her milky white skin all the more.

Jungsoo lowered the menu a bit further to get a better view of her when she suddenly looked at his direction and caught him staring at her. As a cover up, Jungsoo pointed at the menu to signal that he wants to order something. The girl immediately understood him and went to his seat again.

"I would also like to eat something with this coffee. Can you recommend me a snack--" Jungsoo said before pausing near the end of his question and looking closely at the girl's nametag.

Jungsoo looked a bit surprised with the girl's sudden reply.

"It's Heemi. If you're looking for my name, that is." Heemi said with a smile at the end.

Jungsoo felt himself answer with an awkward smile before forcing himself to look at the menu again.

"There's a sandwich on the menu Sir if you want something light." Heemi suggested as she pointed