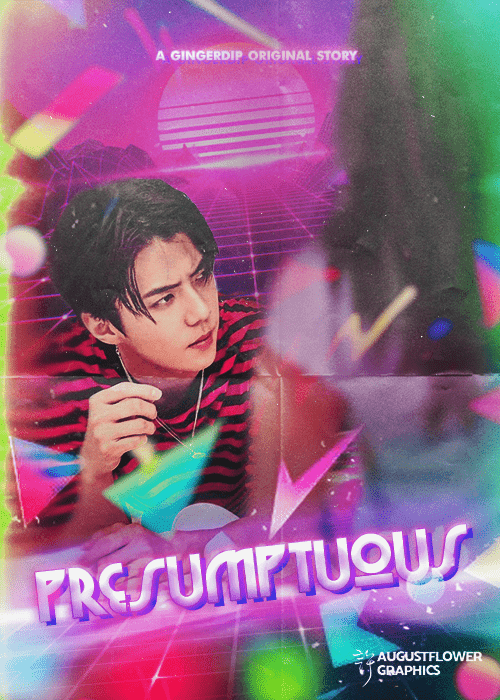 ”I want you all to show me the front kick. One!”

Closing her fists and adjusting her stance, Jiwon bent her knee to a ninety-degree angle, kicking then forward with an accurate speed. So did the rest of the class.

She repeated the same action, again and again until sabom Kim had counted to ten. He paced around his students, looking around intently.

”Good job, remember to bend back the knee properly after you have executed the kick.” He noted. ”Now show me a roundhouse kick, one!”

She raised her knee again, turning her leg and twisting her waist to find a pivot point, and kicked. Repeating the action almost by reflex another nine times, Jiwon’s stare couldn’t help but wander towards a certain silhouette who, like her, was performing the roundhouse kick. Only his aim was more accurate, and his leg straighter. She forcefully shifted her focus back to her sabom, bending her body sideways and backwards to perform a sidekick. This was not the time.

The drilling session continued for another twenty minutes before a break was announced, and even when Jiwon took a sip of her water, she couldn’t help but silently complain about the many ways her stance was off, her kicks sloppy, and her blocks loose. It wasn’t like she was always this bad, in fact she wasn’t bad at all. But lately, it was like Jiwon had hit an invisible wall. A wall that no matter the many tries, wouldn’t break.

As the pause came to its end, sabom Kim clapped his hands together, trying to earn the attention of his class.

”Before we start again, don’t forget to pack accordingly for next week! Remember we’re staying there a whole week in advance, so make sure to bring enough stuff.” He trailed off, when he noticed that the students started to chat between themselves. ”Whatever, why am I telling you guys this? It’s your responsibility, you’re not children anymore.” He pinched the bridge of his nose, shaking his head. Sabom Kim Minseok was probably one of the youngest Taekwondo instructors Jiwon had ever encountered. While they did train olympic and sport-centered Taekwondo and not the traditional one, he was always keen on reminding them the moral basis to which the martial art had been constructed on. He was also stressed, but tried his best not to let it seep into his students, and she respected that. He was really trying.

The break ended, and it was fifteen minutes dedicated to training on forms: a specific pattern of moves and kicks required for each color belt student to learn and memorize. Being a black-stripe red belt, meant Jiwon was now a few months away from the degree black belt. And that was a pretty big deal.

Which explained why her coordination being way off, was a very big problem. And it felt even bigger, and more insufferable when the only other candidate for the black belt was Oh Sehun. Because he was better than her, in everything he did. Well, not everything. Her english was considerably better, but idiomatic abilities barely mattered in a dojang.

It was that damn double sidekick and the knife hand strike that followed that messed with her feet. As she bent her body backwards, trying to release the second part of the chambered kick, it’d just..give up right under her and Jiwon would fall down like a dumb leaf. And the fact that Oh Sehun executed it without complication did not help.

It wasn’t like she strongly disliked him without reason. Jiwon was a destined athlete. Her mother was a retired tennis champion, and her father well-experienced in water polo. She hadn’t wanted to commit to sports as a child, but ended up caving in around the age of fifteen when her parents took her to a Taekwondo tournament, something about a friend of a friend attending it. When Jiwon suggested starting at the local dojang, her parents' eyes lit up like they never had. And so she committed, and the more time passed the more she longed for those pride filled gazes, that’d come less and less. When Jiwon decided to apply for a marketing major in college it served only as a second option and reference point. Namely there was a small, relatively new dojang fairly close to her university. The only problem was that there was a gym with a yoga department placed right beside it, and Jiwon happened to be the only unlucky girl in her class. But it didn’t bother her too much, because she had quickly become the best student. And that was the only thing that mattered. Though Jiwon would have never admitted it, seeing sabom Kim Minseok’s prideful smile towards her was what mattered.

And then came Sehun. He had apparently trained when he was younger, but due to personal reasons stopped, and he had recently just got back to it. But his bravure proved beyond anything she had seen. He quickly demonstrated skills beyond colored belts, and was in a couple of months placed in her same category. And all Jiwon could do was watch helplessly as her title went down the drain. Because he had become much better than her in the span of a couple of months, while Jiwon had trained years to get where she was. It wasn’t fair. And what made it worse was his attitude towards her. Oh Sehun spoke in a way that reminded her of her own failures and his tone would always be so taunting, Jiwon couldn’t simply stand it. As funny as life could be towards her, he happened to be in her same major.

Scratch funny, life was literally laughing at her misery on monday evening after the yellow belt and higher training class. It was mid april, and the sun had set, leaving behind an opaque wave of indigo to contrast against the yellow streetlights. Jiwon was heading back to campus,

Please Subscribe to read the full chapter
Like this story? Give it an Upvote!
Thank you!
Next Chapter →
Author's Thoughts
[presumptuous] hey yall, i have a little surprise!! A bonus chapter in sehuns pov, what do you think??? Please lmk!!!
Read More →
Back to Top ↑
No comments yet
Back to Top ↑
Foreword
Promoted - Advertise