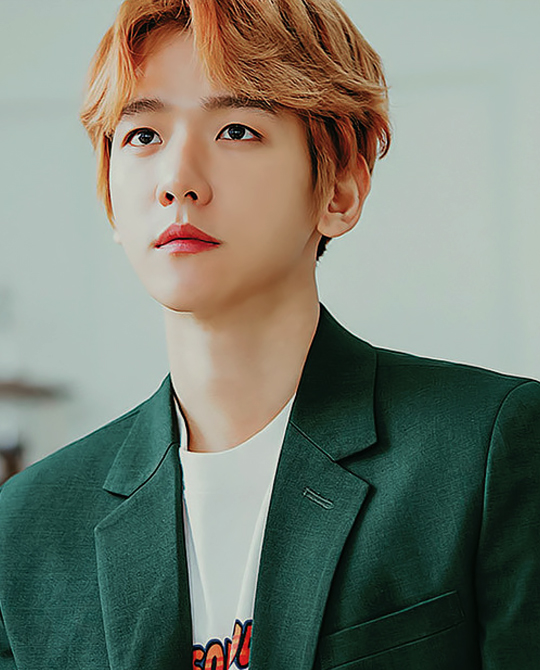 chapter four IV “storm in her eyes,
peace in her smile.”

Rian stands there, content for a moment, until she catches the time. She fidgets knowing she has less than twenty minutes, and by now, she should be on the road to Sehun’s house.

God damn it, why in the world is she conflicted?

Rian is seriously enjoying her time here, in a library, to the point she doesn’t want to leave? What the , someone must’ve possessed her.

Still, she’s not ditching her friends for a slim chance to befriend Mr. Byun.

By the time she returns to reality, the harsh reality, Mr. Byun is staring at her. He isn’t on the phone anymore. “Friends,” he mutters to himself before reaching out to slip the lollipop out of her hand. “Are you good at keeping secrets?”

“It depends.” she replies honestly. “If it’s a secret that’ll benefit me, I might spill it, who knows. If not, then I’m good at keeping them.”

Mr. Byun lets out a breathy chuckle. “That was a yes or no question, Rian.”

“I’m telling you to keep this between us.” He leans in to bump his forehead with hers. Mr. Byun puts on a smug grin afterward and returns to his signature, nerve-wrecking head tilt. He always looks at people like that—even to that scout earlier. It’s like he knows he’s ing hot, but she can’t really slander him for that. Rian can’t slander Mr. Byun Baekhyun in general.

“To keep what between us?” Rian squints. “Mr. Byun, you have this weird way to beat around the bushes.”

“The fact we’re friends now.” he speaks of the foreign word in his sweet tone. “I’ve decided I’ll show you what it means to be a friend with your own teacher, Rian.”

What the hell does that mean? Rian swears it’s the off-putting sci-fi books that’s affecting his word choices. A big thank you goes to her teacher, because she’s never reading a book now.

But most importantly, they’re friends.

“Mr. Byun, it’s also my first time befriending my own teacher too.” Rian crosses her arms against her chest, somewhat unhappy with how he put his words together. Did he have to accentuate the fact that she’s a student and he’s a teacher? It’s like he’s putting up a wall amid them. “Should I show you what it means to be a friend with your own student too then?”

“Silly.” Mr. Byun shakes his head. “You stop doing that. Am I that fun to tease?”

Mr. Byun shrugs and nods, understanding exactly what he signed up for. Thankfully, it doesn’t seem like he regrets his decision yet because he simply moves on and runs his finger against the shelved books. Soon, his face flourishes a frown.

“What’s wrong?” she chimes in behind him.

“Let me see.” Rian waddles forward and peers up.

Rian forces a smile at the overwhelming amount of Dune’s in one section. This author must really ing love that word. But Mr. Byun is right, there is no ‘Dune’ anywhere.

“Should we ask the librarians?” she suggests while skimming the bookshelf. Perhaps a miracle will occur and she’ll magically find the book.

“Mr. Byun?” Rian turns her head to Mr. Byun for an answer, but she’s only to be thrown back—to the farthest place in space. Mr. Byun’s eyes are ten times bigger in size and her vision is filled with his whole face: his eyes, nose, lips, jaw, hair, everything.

He was looking at her the entire time.

Rian’s eyes widen, brimming with shock the moment they lock eyes; meanwhile Mr. Byun sticks on the other end of the spectrum. He’s staring at her in such an aloof manner, like she’s the only person in this world who feels something merely by looking into his gaze.

They’re so close; so close to the point she can count each of his breaths without losing track. In fact, the only thing she’ll lose track of is the time. Every breath he exhales hits her cheek, reminding her that this situation isn’t just magical, but it’s real.

Rian is breathing with him, at the same time.

Though wordless, silence has never felt so pleasing. To her, breathing together and looking at each other is all there is, yet this moment feels so new—a moment to treasure and remember. Mr. Byun is the one and only person who has taught her that silence is beautiful.

Rian’s eyes fall a little upon spotting an eyelash sitting under his eyes. Without hesitation, she immediately extends her arm to run her thumb across his cheekbone. The loose eyelash disappears, so her eyes return to catch the freckle on his nose, then his glossy lips—glossy? Mr. Byun apparently wears lip balm. Rian needs to mentally slap herself across the face to chase away any suggestive thoughts.

“Should we get comfortable, Rian?” he finally speaks up.

“What?” she quickly replies, tearing her eyes away from his lips or more so, the danger zone. “Comfortable? What do you mean by comfortable?”

“I thought you’d want to stare for longer.” Mr. Byun chuckles at her absurdity, and that, sets her skin on fire.

“Maybe I will, Baekhyun.”

“No.” he shuts her down in a whisper. At least he’s smiling. At what? What is he smiling at? Is he not going to correct her for his name? “Let’s go home.” Mr. Byun suggests as he backs out from the suffocating moment.

“Already?” she asks with furrowed brows. It must be because of that phone call. His lovely mistress at home is probably begging him to come home because she’s so scared.

“You should be home for dinner.” Mr. Byun leads the way out of the realm full of books, so she follows his steps, keeping her eyes glued to his back.

“We still have a while till midnight.”

“That’s unhealthy.” he answers. She can’t tell if he has a frown on his face or if he’s wearing one of those pretty smiles. “I’d punish you for that.”

“What will you do? Send me out for detention?”

Mr. Byun snaps his head in response to her incomplete profanity.

“What?” Rian blinks innocently at him. “Why are you looking at–”

“Lan–” He presses his lips into a thin line and prods her forehead with his finger. “–guage.

“Oh my ing god.” she says, completing her sentence. Rian plasters an innocent smile on her face before sticking her tongue at him. “No detention, please.”

Then, her phone starts to vibrate frantically in her handbag. Rian pulls her phone out of her bag to check the caller. Surprisingly, her phone reads—Oh Sehun.

Why is he calling her out of all people?

In fact, she didn’t even know Sehun had the capability to call someone. He’s pretty much a living corpse; he’s as cold as ice or in simpler terms, a son of a . Not to mention he’s the complete opposite of Mr. Byun here, who’s good-looking, gentle, mature—anyway.

Rian chooses to ignore Sehun and stops in her tracks to check the time again. Time will tell her why he’s calling her in the first place. Obviously, there would be no other reason. It’s 7:55PM. Unbelievable, it’s not even 8PM. If Sehun wants to care, he should’ve tried back then. Back when she was head over heels for Oh Sehun. Now, she wouldn’t even like him for a million dollars.

“Mr. Byun,” she calls out. Mr. Byun turns around again and looks at her. It’s his way to say, continue. “Can you drive me somewhere?”

“Where to?” He a brow of his. Out of nowhere, she gets nervous because of his intimidating façade. “Isn’t it late to be going somewhere?”

Rian quickly catches up to his side before looking up at him. “Someone’s house.”

“Jeno?” she repeats, confused. “Why is he your first guess?”

“He seems to like you a lot,” Mr. Byun starts walking again.

“I overheard you two planning a date.”

He did? It’s that very day he was sitting in his office and seemed so busy with his paperwork, Mr. Byun couldn’t even spare her and her cringeworthy ponytail a glance.

“Did you hear me turn him down too?” she adds hurriedly. “That’s the important bit.”

The two of them walk past the automatic doors, then to his extravagant car. A Toyota 86… she thinks it was.

“So where am I taking you, Rian?” He opens the door to the driver’s seat and rests his hand on top of the car.

Words don’t slip past Rian’s mouth easily. This prevalent picture of Mr. Byun—makes him look like an average guy. In a sense, he is, but like this, in a stylish outfit, beside his own sleek car; she can easily dismiss the truth of him being her teacher. It even makes her think, what’d happen once Mr. Kim returns?

The car roared as the two of them reached Sehun’s house. Although Sehun’s place is further up near the mountains, Gukhwe Library was relatively close to his residence. It’s fortunate, but come on, she’s already thirty minutes late. This is no time for her to be thankful or whatnot.

The sound of Mr. Byun’s sports car gets a few heads to turn. It’s the people wandering outside of Sehun’s house. For some un

Please Subscribe to read the full chapter
Like this story? Give it an Upvote!
Thank you!
← Previous Chapter Next Chapter →
Author's Thoughts
[TOUCH AND GO] working on chapter ten!!! i’m kinda halfway through..? peep my new vampire!bbh story bc i posted the first chap.. check it out if u have spare time i guess?! :D
Read More →
Back to Top ↑
No comments yet
Back to Top ↑
Foreword
Promoted - Advertise