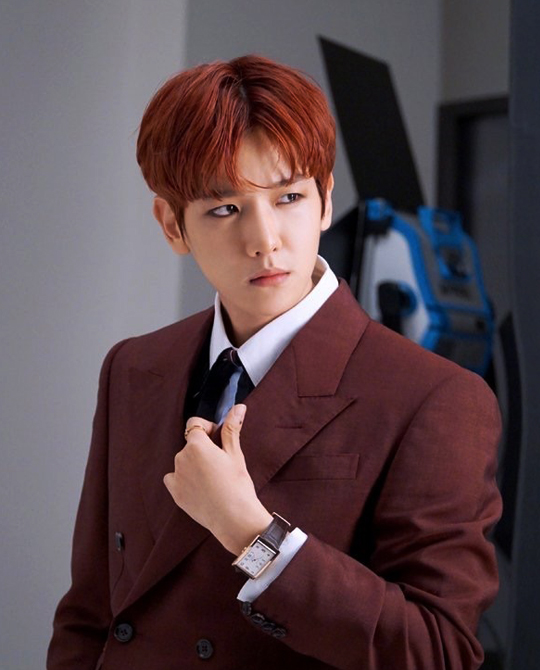 chapter one I “smile of heaven,
with fire in his eyes.”

“I can’t hear you!” Rian shouts at her friend.

Yerim is mouthing words she can’t even pick up on and is also making random hand gestures for her to somehow magically understand. They’re at a nightclub, so it’s natural they interact this way, but it never does the trick.

There’s people everywhere; one second they all have green or red skin, the walls turn blue and pink—and it’s all thanks to the infamous nightclub essential: blinding, colour shifting LED lights. A nightclub isn’t complete without electronic dance music as well—which obviously makes it severely worse for her and Yerim to communicate.

“What the is she saying?” she says to herself before throwing her arms in the air. Rian stomps up to Yerim and literally drags her out of the dance floor, leading her to a much quieter area in the club.

“Oh my god!” Yerim exclaims out of frustration. She shoots Rian a look of utter despair, then averts her gaze back to the dance floor in hopes of finding someone. “I lost him, I ing lost him.” she sulks, “this is your fault!”

“Well, yeah, that’s because I couldn’t hear anything you were saying!”

“Rian,” Yerim breathes out in annoyance, forcibly smiling at her. “I was trying to tell you there was a hot guy in front of us.” she says slowly, “I was literally pointing at him.”

“What?” Rian’s jaw drops at the news. Yerim rarely exaggerates, so she knew she lost a golden opportunity to snatch herself a older boyfriend. “Oh, we are looking for him again.”

Yerim smacks her shoulder once, twice—so many times. Rian looks at her, and Yerim is mute again. This time, Yerim points in the most obvious way at a guy approaching them.

Rian mouths a big silent “oh”, then squints in utmost anticipation to check out the man ahead.

He’s not that tall, but it’s fine, she hasn’t seen his face yet. There’s hope, lots of it.

The guy comes near, and Rian literally gets shoved to block his path. Extremely unnecessary, but her lovely friend does it anyway. Thanks, she says sarcastically in her head. Honestly, if she wants to hit it off with a guy, she’d gladly do it herself. Rian doesn’t need any encouragement. Rian hates to brag, but she knows she’s good-looking. There’s plenty of people at school and the club to prove that fact.

Before she could even curse at Yerim for the move, her eyes fix onto the guy in front of her. It’s as if all lights are shining on him, because he’s the only person she can see right now.

This must be the stupid love at first sight movies talk about.

First of all, he looks relatively young. The guy has brown hair, a sharp jaw, pretty eyes, nose, lips—but the best part, he’s wearing a leather jacket, for god’s sake! His whole appearance is demanding attention, and to add, she goes absolutely crazy for boyfriend fits like these. This man looks Instagram famous or something.

“Are you going somewhere?” she asks the man looking like her future boyfriend. God, she would kill for someone like him to be her lover. As long as he isn’t a , that is.

“Maybe.” he responds quite smoothly, as if this isn’t his first time getting asked such a question. Rian isn’t shocked. No one would be, because he’s fine as hell. “But I might’ve changed my mind.”

“How come?” she muses, walking up to him with confidence written all over her. They’re close to each other now, both standing at reachable length. Rian is technically giving him an invitation to lay a hand on her, except his arms are still glued to his side.

“Oh,” A suggestive smile forms onto his lips as he openly scans her from top to bottom. “If you’re curious,” he pauses to motion to her. “Come closer.”

A smile of fulfilment flourishes onto Rian’s face. She’s not that “curious” since she’s certain he’ll speak her mind—he’ll call her beautiful or hot or whatever.

Knowingly, Rian steps in, breaking the comfortable distance between them to lean over as instructed. Rian isn’t surprised to know he reeks of pure alcohol.

Perfect, she thinks—and she isn’t sorry.

“I find it challenging to ignore a pretty face.” he whispers, reaching out to cup her cheek. The guy looks at her with droopy eyes, and there’s no doubt about it, he’s intoxicated. In spite of that, he still pulls off to appear breathtaking with half shut eyes. “Your name is?”

He called her pretty.

That’s it, he’s already falling for her.

“Rian,” she replies softly. Rian’s confidence skyrockets, so she puts on a wide smile to showcase her beauty even more while tossing her hair over her shoulder. “It’s Rian, and not just a pretty face.”

Doing that completely reveals the velvet dress she has on. Though she did want to dress more provocatively and expose more skin to come across being more “mature”, she skipped that option today (why the ?). It’s a shame because she would’ve loved to be in her favourite dress to impress this guy.

“I’m Baekhyun.” he says, slowly moving his hand onto her sleeveless shoulder. His cold rings press onto her bare skin, and that alone sends several jolts of electricity into her body.

Rian drapes her arm around his neck to fuel Baekhyun’s actions.

“Baekhyun?” Rian tilts her head at the revelation. What a cute name, she can’t wait to save his name under her phone. “Hey, Baekhyun?”

“You’re hot.” her voice is clear and bold. “Do you get that a lot?” she asks, tightening her arm around his neck to elevate the tension. If he isn’t going to do it, then she will.

Suddenly, he presses her against the wall that happened to be behind her. Her heart jumps from it, and now she’s trapped under his breathtaking gaze. They’re alone as two people can possibly be.

“I do,” he mutters as she watches his lips move. “Are you worried?”

“A whole ing lot.” she says under her breath.

“That’s cute.” he exhales, “but your mouth isn’t.” Baekhyun leans forward in an angle, and her eyes fall to his jawline, which obviously drives her crazy. “Give me permission to teach it a lesson.”

Baekhyun is mere centimetres away from her lips. If there weren’t fluorescent lights flashing here and there, she’d be able to count how many eyelashes his round eyes hold, how many moles he has on his gorgeous face, and what the colour of his eyes are.

Rian nods, then flutters her eyes shut. She feels each of his breaths softly hitting her cheek as she waits, and honestly, each breath may be the embodiment of alcohol. That’s how overwhelming the scent is, but it’s all thanks to that, she’s living in this moment.

Rian waits in anticipation, however, a whole minute of nothing passes. Disappointment and confusion drop onto her simultaneously, so she shoots her eyes back open, only to notice him scanning her again, with in fact, suspicion.

“Let’s get this out of our way first.” Baekhyun taps his finger against her shoulder. “How old are you?”

Red lights go off in her head, her stomach contracts into a tight ball upon hearing his question.

This is her fifth time coming to the club illegally and nobody recognised her real age.

Rian can’t blow her cover or else she’s doomed.

Suspension? No, expulsion. Her parents in Australia won’t ever let her go for that.

“Does it matter?” she blurts out defensively.

“It does.” he insists. “It’s not a trick question, sweetheart.” Baekhyun lets go of her shoulder to use that hand to trace her jawline with his fingertip. “You tell me, and we can continue.”

Oh my god, it. Without losing a second, she silences his curiosity by leaning in and kissing him right on the lips. Just as she thought he’d break away almost immediately, he doesn’t.

Instead, his hand travels down to hold her nape, making everything feel right. With that single movement of his, she was no longer in an awkward position where she’s the only one trying.

Baekhyun is ruling the atmosphere, and it’s also on him to back away.

The two of them engage in the kiss for a while without any extra lustful actions; there’s no sneaking in tongues or groping inappropriate areas. Rian can’t believe it, because the entire situation, or the kiss at least, feels insanely... delicate. Baekhyun definitely isn’t her first kiss, so she can differentiate the types of kisses she had.

By closing her eyes, she can block out all the deafening noises in the club. Rian can visualise her and Baekhyun elsewhere—maybe at a park, in a house, as lovers, on a date. The kiss is so soft yet passionate—it’s everything she wanted in a kiss.

Before she can drown in the moment further, he pulls away from her lips.

“Relax,” Baekhyun places both his hands on her shoulder, judging her with a brow raised. “What was

Please Subscribe to read the full chapter
Like this story? Give it an Upvote!
Thank you!
Next Chapter →
Author's Thoughts
[TOUCH AND GO] working on chapter ten!!! i’m kinda halfway through..? peep my new vampire!bbh story bc i posted the first chap.. check it out if u have spare time i guess?! :D
Read More →
Back to Top ↑
No comments yet
Back to Top ↑
Foreword
Promoted - Advertise