It spreads on your fingertips 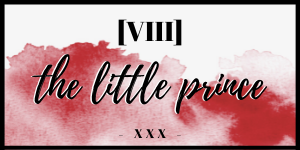 It was a sham.

He had been tricked by the royal family of Formosus.

Kyuhyun had no words, staring at the beaming prince who’d just finished singing and playing the piano. What was he even needed for? Prince Ryeowook’s voice was beautiful and soaring, so crystal clear that it made him think it was an actual angel singing. And his playing was flawless, long fingers flitting gracefully but confidently across the ivory keys.

He glanced at Prince Jongwoon, who was smiling fondly at his brother, and for a moment he was taken in by the sight.

“How was my singing, Kyuhyun-ssi?”

Kyuhyun turned back to the third prince with a deadpan expression. “Honestly, I don’t see why you’d want to receive lessons from me, Your Highness. You have a beautiful singing voice.”

Ryeowook laughed. “I’m glad to know the confidence I have in my own singing wasn’t misplaced. But Kyuhyun-ssi, what I need from you is guidance on how to perform. Singing beautifully isn’t a problem; projecting and having stage presence is.”

To that, Kyuhyun agreed. “In that case, I will do my best to guide you.”

“Excellent! Now, it’s your turn to sing. The song should be easy enough for someone as experienced as you, am I right?”

The third prince was indeed mischievous, as Prince Jongwoon said. He didn’t want Kyuhyun to sing the song he’d performed at the ball. Instead, he wanted Kyuhyun to sing a song he composed himself, and so he had performed it first. Now that Kyuhyun had heard the song, he was confident he could pull it off. The notes were simple enough and the lyrics were written on the scoresheet as well.

It was a test of his musicality, he knew. And if Prince Ryeowook thought he’d be cowed by the challenge, he was going to prove he could do it better; Kyuhyun had always been competitive that way.

And of course, there was an added boon of a chance to impress Prince Jongwoon.

Truthfully, Kyuhyun did not understand why he said what he said earlier to the royal. Why couldn’t he just keep his mouth shut and agree to sing as Prince Ryeowook instructed? When a person in power gave a command, wasn’t it natural to just obey?

But in hindsight, he was glad he stood his ground. Somehow in doing so, it made Prince Jongwoon soften his attitude towards him. And then there was that strange question thrown at him by the prince. It had bothered him, admittedly. Was Prince Jongwoon aware of the rumors about him? But even so, why would he want to know what Kyuhyun’s thought was? It didn’t make any sense to him but he was glad his honesty seemed to pay off yet again, with the prince agreeing to hear him sing.

Kyuhyun made a show of cracking his knuckles. “Then allow me to demonstrate what years of performing looks like,” he said, grinning widely. It might seem inappropriate to be joking as such with royalty but he didn’t think these two would mind.

As expected, Prince Ryeowook laughed; even Prince Jongwoon looked amused, a half-smile playing at his lips.

The mood suitably lightened, Kyuhyun took over the piano from Prince Ryeowook. He went through the scoresheet three times, registering the notes and remembering the flow of the song, humming the lyrics under his breath.

Then he closed his eyes, cleared his mind, slowed down his heartbeat; he was ready.

Opening his eyes, he took a deep breath and started singing without accompaniment.

Your words, your face, I can’t figure it out

The hardest thing in the world is to gain your trust

Then he started playing, gently building up the music.

If you train me and tame me

Do you think we’ll never be apart?

Would we have been best friends?

Making a heart that is like the wind stay with me

Is such a hard thing I know

But I won’t say anything, I’m just waiting for you

The Little Prince told me

Is the hardest thing to do, come to me

The Little Prince said to me

But we’re never gonna be apart

That you’re going to want to laugh with me

Kyuhyun kept singing, eyes on the scoresheet. With each verse, he became more and more immersive, and when he reached the soaring bridge, he did not hold back, letting his emotions flow.

You are the only person

For me in this world

I’ll be your one and only friend

The reason the rose is so precious

Is that it tries too hard to bloom

He hit the high notes effortlessly. As he paused to catch his breath, to rein back his emotions for the closing, he glanced up, looking straight at Prince Jongwoon.

The royal met his gaze, his expression unreadable. But Kyuhyun didn't allow it to faze him. He kept on singing, and when it ended, he was met with silence.

Unperturbed, Kyuhyun stood up and gave a bow. He knew he nailed the song and the silence was just surprise on his audience’s end.

"I hate you, Kyuhyun-ssi," Prince Ryeowook suddenly said, and for a moment he was seized with fear, confidence melting, since offending a royal would have dire consequences. What did he do?

But then the prince crossed his arms, looking petulant. "You're the second person who sang this song as if it was your own."

That was high praise indeed, and Kyuhyun was humbled. Calming down, he dared a smile. "Who's the first person then?"

Prince Ryeowook pouted. "Jongwoon hyungnim, of course. I mentioned it before, didn't I? I'm good but my brother… I reckon even you will admit he's unmatchable."

"You…" the second prince sighed as he lightly flicked a finger at his brother's cheek, the gesture affectionate instead of a scolding. "Stop saying such things."

"Why should I when it's the truth. Why don't you let Kyuhyun-ssi decide?"

At this, Prince Jongwoon frowned sharply; Kyuhyun instinctively flinched, because the royal suddenly looked dangerous, as if he would lose his temper.

But Prince Ryeowook seemed oblivious. "Don't you want to hear him sing, Kyuhyun-ssi?"

Of course! Kyuhyun wanted to say. If Prince Ryeowook was already singing like an angel, it was only natural then to be curious as to what his older brother would sound like with that soft, husky baritone.

But Kyuhyun would much prefer to stay alive. He could feel Prince Jongwoon's sharp gaze upon him, and decided it was best to keep his eyes on the mischievous third prince instead.

“It’d be an honor, indeed, Your Highness. But just as I’d prefer singing for a willing audience, I’d also prefer to hear a person sing from their heart.”

Prince Ryeowook raised an eyebrow in surprise. “Hmm… that is quite fair, I suppose.”

Kyuhyun breathed an inward sigh of relief. He dared to look at Prince Jongwoon, who seemed appeased by his words, no longer wearing a dangerous frown. In fact, he was looking at Kyuhyun with something akin to respect.

Crisis averted, Kyuhyun knew he had to take back control of the situation before the third prince could cause further mischief. He was a paid professional, after all. “Well then, shall we proceed with the lesson?”

“Indeed we shall, but would both of you excuse me for a moment?” Prince Ryeowook said, and without waiting for a reply, he was already moving towards the door. “I need to freshen up for a bit. I shall ring for refreshments as well.”

If Kyuhyun didn't know any better, it'd seemed as if Prince Ryeowook wanted to leave them alone for a bit. However, it didn't make any sense for him to do so. But Kyuhyun let the stray thought slide; he had a bigger worry now. An awkward silence had ensued as he found himself alone again with the second prince. He looked down, his mind going blank, unable to think of anything to say as he stood stiffly by the piano. Where did his confidence go?

“I enjoyed your singing.”

Startled, Kyuhyun looked up to see Prince Jongwoon gazing past him, presumably at the view outside the windows. “I -- thank you, Your Highness. I'm glad.”

“When Ryeowook sings, it reminds me of spring, of blooming flowers, blue skies and children’s laughter,” the prince went on, gaze softening, a small smile playing at his lips. “His singing is hopeful, joyful, full of life. Yours reminds me of autumn. I see orange-red hues, fallen leaves, and sitting by the fireplace. Your singing is warm, comforting, like being hugged by a parent or perhaps a lover.”

Kyuhyun felt as if his very breath was stolen from him. It was the most beautiful compliment he’d ever received on his singing. Something deep in his heart stirred but he didn’t know what it was. But one thing he knew for certain was that he was going to cherish the prince’s words forever.

Prince Jongwoon turned to look at him, and if he saw how affected Kyuhyun was, he made no mention of it. Instead, he asked, "How long have you been with the circus?"

Kyuhyun took a moment to compose himself. "My whole life," he replied, his voice sounded embarrassingly raspy to his ears. He cleared his throat slightly. "That is, I was born in the circus. My mother was a herbalist and a shaman with the troupe."

"She passed away a few years ago."

Prince Jongwoon nodded, expression one of shared sympathetic understanding. Kyuhyun had learned from Eunhyuk the queen had passed away for almost a decade now, and the king's death was six months ago. "Did she sing as well?"

The royal didn't ask about his father, which Kyuhyun was glad for. He never knew the man and his mother always claimed she didn't know who he was either. Growing up in the circus, such was the fact of life but Kyuhyun doubted outsiders would understand.

"A little. But she'd always said singing was my gift, as well as my ability to train animals."

Prince Jongwoon cocked his head, looking interested now. "Yes, Ryeowook did mention you had dancing doves for your performance. Could you train a horse, perhaps?"

Kyuhyun blinked, caught off guard by the question. “A horse?”

“Yes, mine. Leo is a big bully, really. I'd love for you to instruct him to trouble me less often."

The prince smiled then, a little playfully, and Kyuhyun felt as if he was looking at a completely different person. He really should smile more often…

His errant thought nearly made him miss the prince's next words. "-- you be able to?”

Thankfully, Prince Ryeowook entered the room just then, his cheerful voice ringing forth.

"Dear all, I have returned! And refreshments are on the way."

Prince Jongwoon rolled his eyes at his brother's theatrics. Kyuhyun stifled a smile as he turned to welcome the third prince.

It was time for the first lesson to commence proper.

Song is Ryeowook's The Little Prince.