White moonlight from the window

I watch you dance beyond 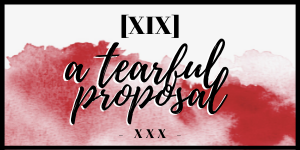 “So that’s it for our lesson for today.”

How did he even get to be on such familiar terms with the brothers, when they’d just gotten acquainted the week before? It was still rather surreal to be thinking of the third prince as his friend, and it had been awkward when he had to call the other by name, but after two hours of lesson, Kyuhyun thought he’d gotten somewhat used to it. His gaze flickered to Jongwoon who was, as usual, merely observing them from his favorite chair. But perhaps the fact that he was given permission to address that prince as ‘hyungnim’ was the one he still couldn’t quite wrap his head around.

“Then, I’ll see the both of you again this Wednesday.”

He was about to make his bow when Ryeowook spoke. “Oh, actually, Kyuhyun-ah, we have something to tell you.”

The prince looked excited and Kyuhyun felt a little worried. What other ‘surprise’ was the other going to drop on him? “What is it now?”

“Yah, what do you mean by that?” Ryeowook said with a pout. “I’m about to tell you something good!”

Jongwoon chuckled then. “Can you blame him after what you did earlier? Just tell him, quick. Kyuhyun might have other things to attend to.”

Why was it that every time the second prince said his name so casually, it never failed to make him feel a little strange inside? He didn’t experience anything similar with Ryeowook; was it because he was not yet as comfortable around Jongwoon?

“No, it’s fine, hyungnim,” he said, the informal address still sounding foreign to his own ears. “I have a bit of time to spare.”

Ryeowook came up to him and linked their arms together. Kyuhyun tried not to flinch too much; it wasn’t that he hated the proximity but he needed a bit more time to adjust to the fact a royal had no qualms being that close to him.

“So listen, Heechul hyung -- oh, that’s the king, our older brother -- will hold an engagement ball in the coming month or so,” the prince began animatedly. “And guess what? He wants Agilis est Circus to hold a performance!”

“You heard me! Your troupe will be performing at the engagement ball! Isn’t that wonderful?”

Kyuhyun couldn’t quite believe his ears. He recalled the king had wanted them to perform at his wedding but privately, he'd thought it was just empty words. Now he was told they’d be performing at his engagement ball instead? And so soon? “It’s… I mean, I’m honored… and I’m sure Shindong hyung will be honored as well, but I still need to discuss it with him. It’s... uh, a bit on short notice.”

“What are some of your concerns?”

Kyuhyun turned to Jongwoon in surprise. “Oh, well, at the top of my head, we’d have to consider space, logistics, setups, the acts that will be safe to perform. And, uh... also there’s the issue of costs.”

Jongwoon cocked his head. “Whatever you need, Kyuhyun-ah, you’ll have the palace’s full support. You remember Hangeng, our advisor? He’ll be in touch with you for the necessary arrangements.”

“Yes, so don’t worry about anything,” Ryeowook said, patting his arm. “Oh, I forgot to mention it’ll be a masquerade ball as well.”

“Yes, so your troupe has to dress up as well, masks and all. As Jongwoon hyung said, the palace will support you in everything. So will you say yes, Kyuhyun-ah?”

Kyuhyun blinked. If the palace was going to take care of everything, then he didn’t see any reason why Shindong would not agree. “I’d still need to discuss with Shindong hyung, but I think he’ll say yes.”

“Wonderful!” Ryeowook exclaimed, tightening his arm around Kyuhyun’s. “In that case, I have another proposal to make.”

“What proposal?” Jongwoon asked sharply, and it was clear he wasn’t aware of whatever it was Ryeowook had in mind.

The third prince laughed. “Well, since it’s a masquerade ball, I want to do a duet with Jongwoon hyung.”

Kyuhyun barely stifled his surprised gasp as he glanced to Jongwoon, who had visibly stiffened. Then the prince narrowed his eyes, looking dangerously upset, just as what happened during the first lesson when Ryeowook asked him to sing for Kyuhyun.

“But why?” Ryeowook countered, almost whining. “We’ll be wearing masks, and you’ll most likely wear something to cover your hair. No one will know it’s you, hyung. So why can’t we sing together?”

But Jongwoon was not moved. “I said no,” he replied in a low, chilly voice that brooked no argument.

Kyuhyun could feel Ryeowook shaking beside him, as if he had been physically whipped by those words, and remembered Jongwoon had said earlier that when he said 'no', he meant it.

Suddenly, Ryeowook pulled away and stalked over to Jongwoon. He stood staring down at his brother, fists clenched. “Why not? You've already refused to sing with me for Heechul hyung’s wedding. And I know I kept asking you, but I had accepted the fact it won’t happen. But now we have this opportunity and still you won’t sing with me!”

But Ryeowook was not done. “Why?” he demanded, voice raised angrily. “Why won’t you sing with me? I really want to sing with you in front of everyone! I want the world to hear your voice! Is that so wrong? Why won’t you humor me just this once? Do I have to beg you for you to agree?”

Then suddenly Ryeowook fell to his knees with a sob and covered his face, shoulders shaking. He was crying.

Alarmed, Kyuhyun started to move forward, but stopped when Jongwoon slid from his chair to kneel before Ryeowook. The prince was no longer frowning, his expression of distress instead. “Ryeowook-ah, please don’t cry,” he pleaded as he gathered his brother in his arms. “Hyung is sorry. I’m so sorry.”

Ryeowook said nothing, merely buried his face in the crook of Jongwoon’s neck as he continued to cry.

Kyuhyun felt like an intruder for having to witness this scene. He briefly wondered if Ryeowook was merely putting on an act, considering how mischievous he could be. But he’d heard the pent-up frustration in Ryeowook’s voice; there was no mistaking the prince truly held his brother in high regard and he really wanted them to sing together. However, Kyuhyun also understood Jongwoon’s hesitance; being in the open was not something the prince would be comfortable with, given the rumors that he was a bastard child. Even if he were to cover his face and that striking grey hair, it still wouldn’t be easy to overcome the feeling of discomfort if he were to appear in public, let alone stand in front of hundreds of people and sing.

Jongwoon kept Ryeowook’s hair as he continued to cajole and apologize. His gaze lifted to meet Kyuhyun’s, his expression one of guilt and helplessness. It seemed he was trying to get an answer, and though Kyuhyun didn’t know what the question was, he gave a small nod, willing for the other to understand that whatever it was, things would be fine.

A look of resignation fell upon Jongwoon’s face. Slowly, he pulled away from his brother. “Ryeowook-ah, come, get up.” He got to his feet, tugging a pliant Ryeowook up with him. Jongwoon sighed as he cupped his brother’s face lovingly and wiping away tears. “Minx,” he scolded without heat. “You know I’m weak against your tears. Fine, if it means that much to you, I’ll do it. I’ll sing with you.”

Kyuhyun watched as Ryeowook’s eyes widened in shock. Even though he had expected Jongwoon would agree, it still surprised him. But it didn’t stop the shiver of anticipation that ran through him; he was finally going to hear the prince sing.

“Hyung, do you really mean it?”

Ryeowook let out a happy squeal, throwing his arms around his brother. “Thank you, hyung, thank you! I love you!”

Kyuhyun cleared his throat, looking away in embarrassment. “If there’s nothing else, I think I’ll just take my leave now.”

“No, wait!” Ryeowook cried out, and Kyuhyun looked back at the brothers who had pulled apart. Ryeowook gave him a shaky smile, his face flushed. “I’m sorry that you had to see that.”

“Thank you.” The normally buoyant prince seemed timid now, looking between his brother and Kyuhyun. “Actually, I was thinking… since Jongwoon hyung has agreed, I think we’ll need extra lessons to practice, don’t you agree?”

"Extra lessons?" Kyuhyun echoed, glancing to Jongwoon whose expression was unreadable. If the brothers were to perform at the masquerade ball, they'd definitely need more practice; he hadn't worked on Jongwoon's techniques at all since the prince was merely a spectator so far. Kyuhyun could make time for extra lessons but would Jongwoon be willing? "I'm afraid I can only spare Tuesday mornings, if that fits your schedule."

Jongwoon gazed at his brother for a moment, then sighed heavily. "Do I have a choice?” he asked, though his tone was teasing. “But tomorrow, we'll need to start an hour earlier. I... have a matter to attend to at eleven." He seemed oddly embarrassed at that.

Ryeowook looked as if he wanted to ask what the matter was but wisely decided against it. "I'll inform Hangeng hyung about our new arrangement. And let us know tomorrow if Shindong-ssi is agreeable to stage a performance at the ball."

Kyuhyun promised he would. He was reminded of something then and decided to take a chance. “Actually, I have a request to make.”

“Would it be possible if I bring along one of my troupe members tomorrow? He really wants to see the palace. He’s actually a magician but he can play the violin and piano, so perhaps he can assist as well.”

Ryeowook didn’t answer, merely looked at Jongwoon. The prince looked guarded, understandably so. Kyuhyun braced for a rejection; Jongwoon might not welcome a new person so easily.

Jongwoon stared intently at Kyuhyun for a moment, then his expression softened, as if he was convinced by what he'd seen. “Then I suppose it’s a good idea to have someone else playing so that you can concentrate on teaching instead. If your troupe member is keen, he can sit in on other lessons as well. We will compensate for his time.”

Kyuhyun smiled gratefully. Now Henry could finally stop bugging him for a chance to enter the palace. He was going to get paid as well, so Kyuhyun would have to think of something for this favor to be repaid. “Thank you, hyungnim… then I’ll see you both tomorrow.”

The morning sky looked exceptionally beautiful when Kyuhyun left the palace a while later, and it was probably why he found himself in such a good mood, unable to stop smiling.